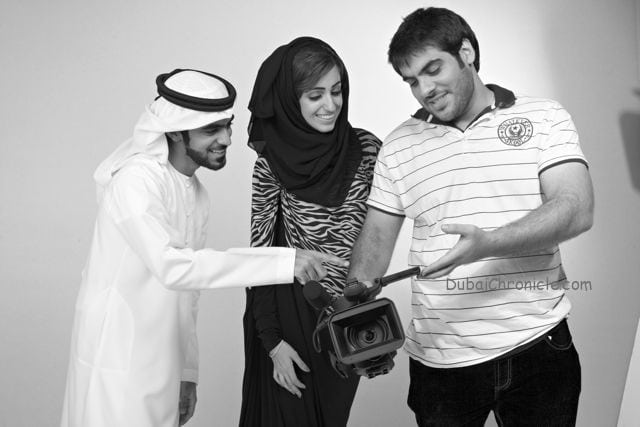 ·       78% of respondents say election result will have direct impact on region, regardless of who wins

Half the citizens of the Middle East and North Africa would not vote in the US election if given the chance, highlighting the regional unpopularity of both candidates in the presidential race, an Arab News/YouGov poll has found.

The survey of 3,017 people found a region divided over the key policy stances of Hillary Clinton and Donald Trump, notably on the war in Syria and Iran nuclear deal.

The Arab News/YouGov US election MENA poll found that 47% of those questioned said they would not vote in the election given the chance. Despite that there was widespread interest in the upcoming election, with 78% saying the result would have a direct impact on the Arab world.

Hillary Clinton proved to be the most popular candidate, with 44% of Arab respondents saying they would vote for the Democratic nominee, compared to 9% who would vote for Donald Trump.

But when questioned on Trump’s key policies – although without the candidate being named – Arab audiences broadly agreed with his stance on abortion, security and border controls.

Hillary Clinton’s line on climate change, immigrants in the United States, and US Israel policy found favor among citizens of the Middle East and North Africa.

Yet people in the region were split equally over the candidates’ viewpoints on divisive issues like the war in Syria or Iran nuclear deal. 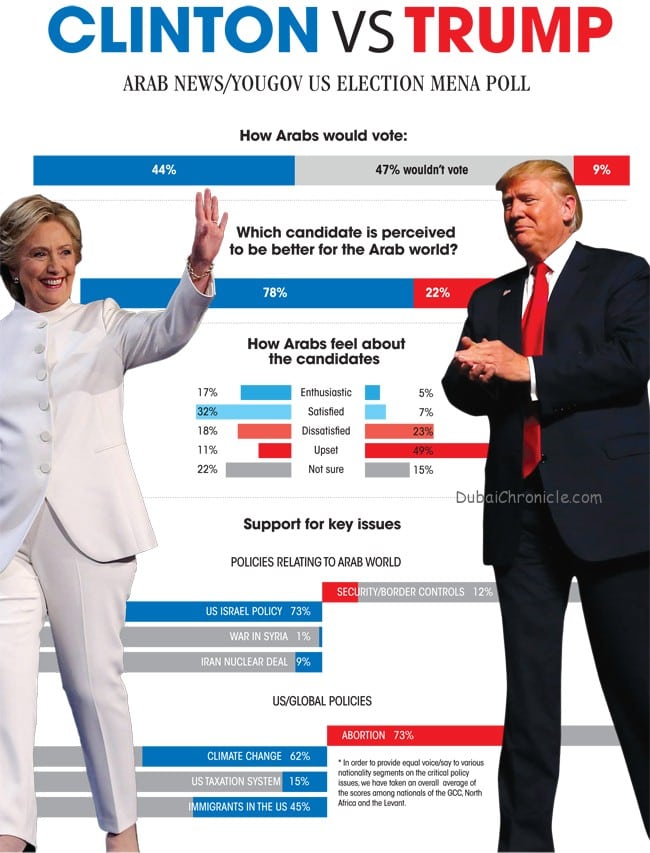 “In a region where credible statistics can be scarce, we are delighted to have worked with Arab News to help shed light on the complexities of this area and try to help bring a better understanding,” said Stephan Shakespeare, the Chief Executive of YouGov.

“There is little enthusiasm for either candidate but 78% believe Clinton would be better for the Arab world if elected as president versus 22% for Trump. However, on abortion and security, the majority of Arab opinion backs Trump over Clinton. It is not unreasonable to assume that this support could extend to other important social issues,” he added.

Faisal J. Abbas, Editor-in-Chief of Arab News, said that the poll shows just how important the race is to the Middle East and North Africa, while at the same time revealing little hope in either candidate’s ability to solve regional problems.

“The 2016 election has been a contest fought on personality as much as policy. But the survey shows just how deeply the Arab world is considering the very real issues at stake,” said Abbas.

“The poll was unique in putting the people of the Arab world in US voters’ shoes – and some of the results, particularly those regarding security and border control, show that Arab public opinion on the US election is more nuanced than many may think.”

The full results of the Arab News/YouGov US election MENA poll are published in print and online by Arab News – the Middle East’s leading English-language daily – on November 3.