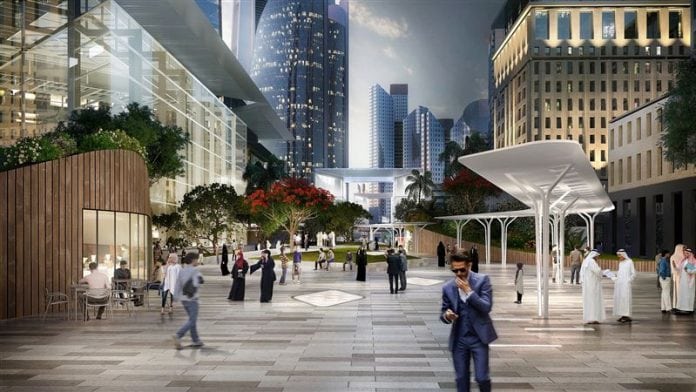 The pace of business reforms in the Middle East and North Africa accelerated considerably in the past year, despite conflict and turmoil in the region, finds the World Bank Group’s annual ease of doing business report.

Released today, Doing Business 2017: Equal Opportunity for All finds that 15 of the region’s 20 economies implemented a total of 35 reforms to facilitate the ease of doing business. This is a significant increase from the annual average of 19 reforms during the past five years.

The United Arab Emirates (UAE) is the region’s top ranked economy, with a global ranking of 26, followed by Bahrain (63) and Oman (66). Based on reforms undertaken, the UAE and Bahrain are also among the global top 10 improvers.

“The acceleration of business reform activity in the Middle East and North Africa is noteworthy, considering the severity of challenges faced by many governments in the region,” said Rita Ramalho, Manager of the Doing Business project. “It is particularly encouraging to see economies in the region carry out reforms in the area of Getting Credit, which remains harder in the Middle East and North Africa than anywhere else in the world.”

Taking steps to strengthen the credit reporting system, Morocco, for example, began providing credit scores to help banks and other financial institutions assess the creditworthiness of borrowers. However, getting credit remains a major obstacle for entrepreneurs in the region as collateral regimes are highly restrictive.

The region also performs poorly in the area of Starting a Business. For example, starting a business in the region costs 26 percent of income per capita on average, compared with 3 percent in OECD high-income economies. However, economies in the Middle East and North Africa region are taking steps to improve the process for start- ups and, in the past year, nine economies carried out reforms in the area of Starting a Business.

For the first time, the report includes a gender dimension in three indicators: Starting a Business, Registering Property and Enforcing Contracts. The report finds that the Middle East and North Africa fares poorly on the new gender measures, with 70 percent of the region’s economies imposing more regulatory hurdles for women entrepreneurs than men. For instance, in Saudi Arabia, three extra procedures are required for married women to start and operate a business. One requirement in Saudi Arabia is that married women must hire a man to manage the business.

The report also features an expanded Paying Taxes indicator, which now covers post-filing processes, such as tax audits and tax refunds. The economies of the Middle East and North Africa generally perform well in these new areas. A notable exception is Lebanon, where compliance time for a VAT refund is considerably high, taking 45 hours.

Bahrain implemented reforms in the areas of Starting a Business, Getting Credit and Trading Across Borders. It made the start-up process easier for entrepreneurs by drastically reducing the minimum capital requirement from 190 percent of income per capita to 3 percent. Bahrain also improved access to credit information by legally guaranteeing borrowers’ right to inspect their own data, and made exporting easier by improving infrastructure and streamlining procedures at the King Fahad Causeway.

Morocco and the UAE undertook five reforms each during the past year. Morocco made Starting a Business easier by introducing an online platform to reserve a company name and reducing registration fees. And it strengthened minority investor protections by clarifying ownership and control structures and by requiring greater corporate transparency.

The UAE implemented risk-based inspections during construction, thereby joining the 13 other economies in the world implementing this best-practice feature. The UAE also made it easier to start a business by streamlining name reservation and articles of association notarization and merging registration procedures.