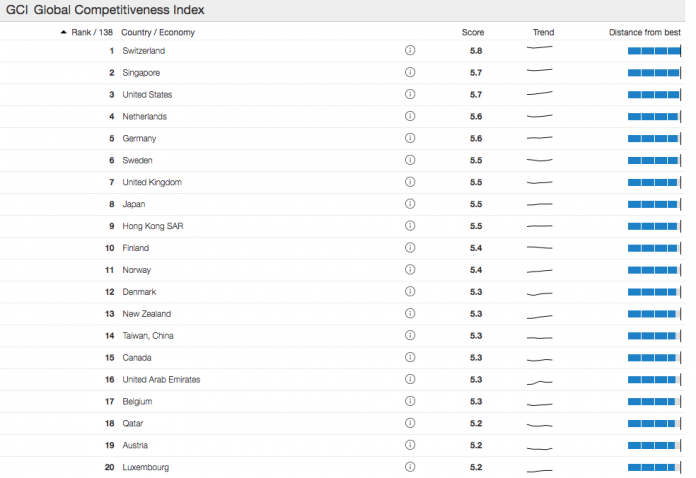 The most competitive countries have been revealed in the most recent edition of the Global Competitiveness Report 2016-2017. The ranking is based on assessment of the competitiveness landscape of 138 economies, providing insight into the drivers of their productivity and prosperity.

This year’s edition highlights that declining openness is threatening growth and prosperity. It also highlights that monetary stimulus measures such as quantitative easing are not enough to sustain growth and must be accompanied by competitiveness reforms. Final key finding points to the fact that updated business practices and investment in innovation are now as important as infrastructure, skills and efficient markets. 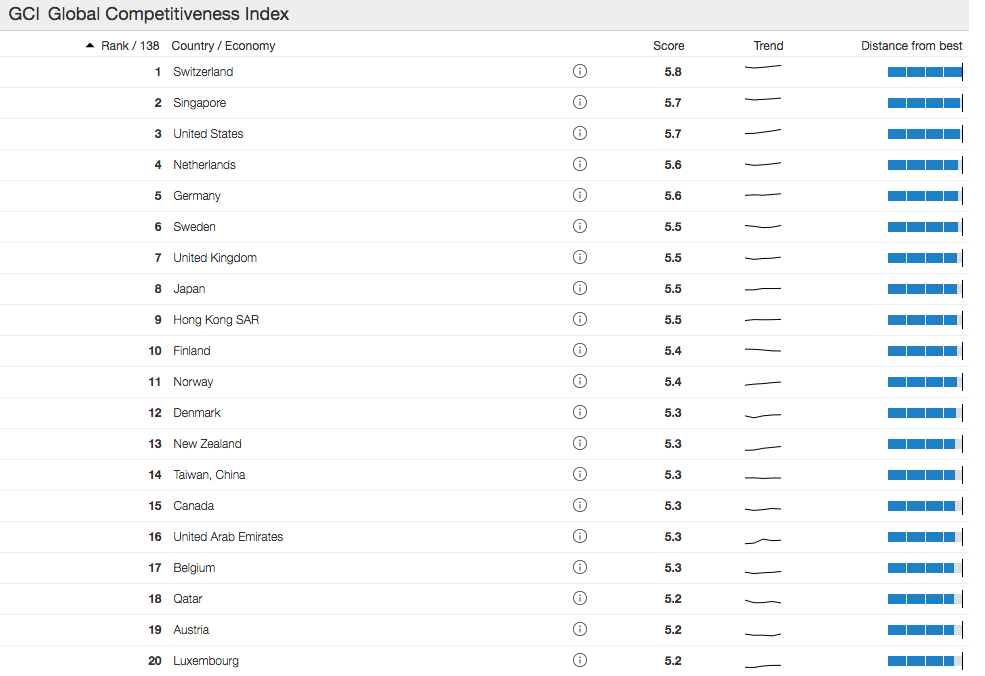 The Report series remains the most comprehensive assessment of national competitiveness worldwide.