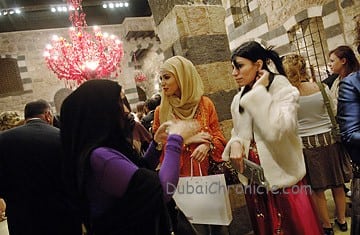 The most credible form of advertising comes straight from the people we know and trust. Eighty-five percent of UAE online respondents say they trust the recommendations of friends and family, according to the Nielsen Global Trust in Advertising Report released today. This level increased one percentage point from 2013 (84%).

Earned online channels are also among the most trusted advertising formats. Trust in advertising on editorial content, such as newspaper articles, increased four percentage points to 75% in 2015 as the second-most-trusted format, remaining in second place from 2013. Seventy-four percent of UAE survey respondents indicate that they trust consumer opinions posted online, which rates third in 2015, up seven percentage points from 2013. In addition, almost three quarters of UAE respondents (72%) trust branded websites, a level that is up 2 percentage points from 2013.

While there isn’t one simple rule for maximizing advertising effectiveness in a saturated market, understanding how consumers feel about the ads served on the various media platforms they use every day is a good place to start.

“Word of Mouth (WOM) plays a very vital role in the consumers’ decision making process. With the explosion of social media – especially in Middle East – the importance and efficacy of WOM has increased greatly,” so Arslan Ashraf, managing director Nielsen Arabian Peninsula. “Nevertheless traditional means of advertising are still highly relevant and should not be ignored at this juncture. Their relevance in relation to WOM activity is key to understand and utilize.”

Nielsen’s Global Trust in Advertising Survey polled 30,000 online respondents in 60 countries to gauge consumer sentiment in 19 forms of paid, earned and owned advertising mediums. The results identify the ad formats resonating most strongly with consumers and those that have room to grow.