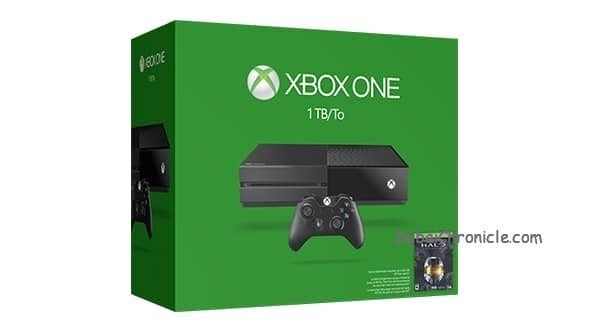 Ahead of the game industry’s E3 conference, which will run from June 16th to 18th, Microsoft has unveiled a $399 1TB Xbox One model (with Kinect sold separately).

Meanwhile, the older 500GB model’s price has been permanently cut to $349; it was previously offered at $349 through a promo.The One now comes with a revamped wireless controller sporting a 3.5mm headphone jack.

For a short time, the 1TB model also comes with a copy of Halo: The Master Chief Collection.

Microsoft had cumulatively sold 10M Xbox One units as of last November. Sony, which has kept the PlayStation 4’s price at $399 since its launch, topped 20M lifetime PS4 sales in March. Nonetheless, U.S. Xbox One sales topped PS4 sales in April on the back of 63% Y/Y growth.