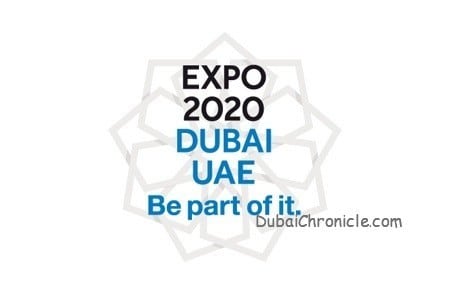 Even though World Expo 2020 will kick off in a little over five years, Dubai has already started to establish itself as one of the event’s most ambitious host cities. Expo 2020 will be the first organized in MENA and South Asia and it is expected to increase Dubai’s tourist to at least 25 million or even up to the breathtaking 100 million. The latest record that will mark the Expo in Dubai is the logo completion dedicated to the exhibition. It is estimated that it has attracted record participation.

Expo 2020 Dubai Logo Design competition has officially received 18,000 logo submissions. This is a staggering amount even for the long history of the World Expo. The contest kicked off in the second half of March 2015 and it wrapped up on April 30, 2015. During this period of a little over a month, the competition saw a total of 18,000 entries. In contrast, the logo competition for Expo Milan 2015 had only 710 submissions.

The reason behind this staggering response in Dubai is that the Expo 2020 logo contest is open for the public in the emirate. All residents and nationals not only from Dubai but also from the United Arab Emirates as a whole were invited to participate regardless their age, professional, interest or skills.

In comparison, most of the previous Expo logo competitions were open mainly for design or fashion professionals. Similar was the case with Milan 2015 emblem. Only students of art, design, industrial design and fashion were invited to participate.

What is more the Expo 2020 Dubai Logo Design activity did not slow down even during the final days of the contest. Back on April 19th this year, it was announced that logo submissions had reached 15,000. This means that another 3,000 logos were submitted in the race during the remaining 11 days of the competition.

The competition will soon enter in its review stage. A panel of judges who have experience and qualifications in design will go through each and every Expo 2020 logo idea in search for the best one.

The winner of the Expo 2020 Dubai Logo Design Competition will be announced on October 20, 2015. The same date will also mark the countdown to World Expo 2020. As it was shared initially, the designer of the selected logo will get a price of AED 100,000 ($27,000) as well as a trip for four people to three cities that have previously hosted the World Expo. In addition to that, the big winner will receive a season pass for two for Expo 2020 and an invite to the event’s opening ceremony.