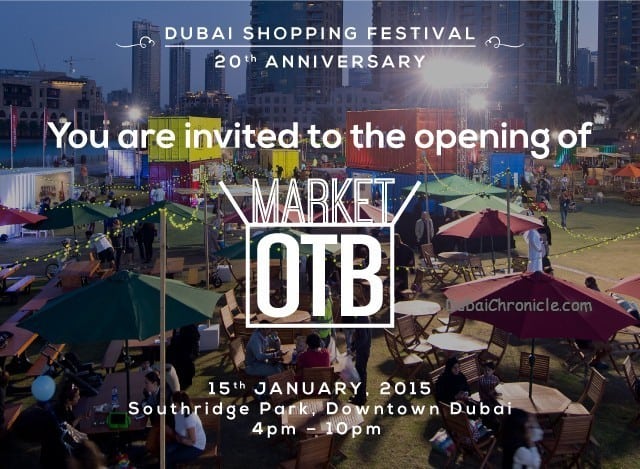 A Curated Schedule of Art, Talks and Sustainability will present 10 days of Live Music, Talks and Cinema Complementing over 55 Participating Retailers from January 15-25 at South Ridge Park, Downtown Dubai

Described as an alternative and electronic multimedia artist, Kuwaiti artist Sultan will present a live audio-visual performance made up of sound, light and textures. As part of the international music scene since 2011, Sultan has worked with musicians and artists throughout Europe and the US, as well as the GCC, enriching the realms of the audio-visual genre.

“Through the performance at Market OTB, I aspire to evoke emotion by binding alternative-electronic music and multimedia art in an ‘analog meets digital’ realm while blurring the lines between them in front of a live audience,” says Sultan of his piece.

The performance will be made up of song arrangements which wind and weave through time, while enhancing elements of live instrumentation. This performance is in collaboration with two artists from India (guitar, visual) and a one from the UAE (drummer). Performances will take place tomorrow on Thursday January 2015 at 6:30pm and at 8pm. Free and open to the public.

Entry to Market OTB and all supplementary events is complimentary.