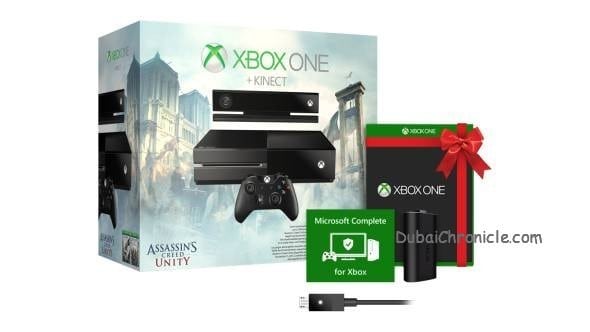 After its Black Friday, Cyber Monday and 12 Days of Deals sales, Microsoft surprised shoppers with yet another promo campaign. This time it is dedicated entirely to Xbox and it is called “Countdown to 2015.”

The store offers Xbox One deals and  discounts on Xbox 360 products. In addition, the offers will be available not only for Xbox Live Gold members, but also for non-members. In addition, the sales campaign will run until December 22 (Monday) and it will include both daily deals and week-long deals.

Among the Xbox One week-long deals are many hit titles. The price tags of most of them have been slashed by 50%. Those include Kinect Sports Rivals, Call of Duty: Ghosts, Battlefield 4 Premium Edition and Wolfenstein: The New Order. Others have witnessed even more generous discounts, like Metal Gear Sold V: Ground Zeroes the price of which went south by nearly 70%.

Microsoft also offers additional deals for Xbox Live Gold members. Gamers subscribed to the service can now save at least 50% on popular games like Thief and The Evil Within. Also, they can order entire game bundles at special prices. For example, The Crew and Assassin’s Creed Unity Bundle and The Crew and Far Cry 4 Bundle each are offered for less than $90.

The Countdown to 2015 deals on Xbox 360 will cover an impressive number of titles. From shooters (like Titanfall, Battlefield 4, Call of Duty: Ghosts) and adventure games (Tomb Raider, How to Survive), to sports and recreation titles like NCAA Football 14, PES 2015), Xbox 360 users will be able to enjoy a late Christmas shopping spree and save more than ever before. Again, discounts often go beyond the 50% mark.

Aside from that, consumers still have the chance to purchase an Xbox One console or bundle and save $50.