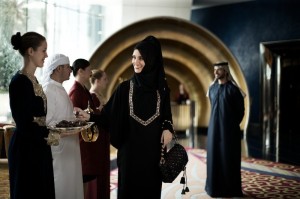 UAE is known as one of the richest countries in the world, with extremely high density of millionaires. But how UAE’s richest people live? How they use their wealth? Their lives are often kept very private, but now a new survey reveals what they do, how much they save and what they fear.

Previous research from the Boston Consulting Group found that the country has the world’s ninth highest density of millionaires and one of every 25 households has a millionaire. Do you know who your neighbour is? In January this year, experts said Dubai has 26,000 millionaires, which means that roughly one in every 100 people is a dollar millionaire. And currently, there are four Emiratis on Forbes World’s Billionaires ranking. UAE’s royals are listed in a separate list!

Now a new survey from YouGov and Time Inc. tells more about the lives, habits, dreams and fears of the nation’s wealthiest people. According to the statistics, they are among the wisest I the world, saving on average 32 percent of their income. The poll includes opinions by millionaires from 12 different countries.

Contrary to popular belief, millionaires in the UAE don’t want to work and earn more. They want a balance between life and work and to spend more time with their families and friends. Another important thing for them is expanding their knowledge of the world and at the same time, many of them want to lead simpler lives. All these are essential factors for living a fulfilled life and according to the survey, 68 percent of them believe they are well aware of how to achieve this. In fact, most millionaires around the world say they can easily define and live a “fulfilled life” with Japanese rich people as the only exception. Only 38 percent know how to achieve it, while in Germany and China, 83 percent of the millionaires are confident of their knowledge and abilities to have happy, meaningful lives.

Another highlight in the survey is millionaires’ attitude towards saving money for the future. Generally, they prefer to plan their finances and save for times of instability and for the future generations. And UAE richest people are among the most prudent – they save 32 percent of their income, while the Brits are the most lavish, saving only 17 percent of what they earn. Those in China, Singapore and South Korea manage to set aside around 33 percent, and Indonesians save around 34 percent.

However, they key is not just to quit spending. Millionaires spend, but only after making their own research. They investigate and negotiate, which makes them feel smarter and more resourceful shoppers than they were, particularly before the global financial crisis. In the UAE, 55 percent of the rich admit they check prices and other relevant information on their smartphones and tablets when shopping in stores. Chinese millionaires are the smartest – 88 percent of them are responsible, affluent shoppers, 81 percent in Indonesia, 75 percent in South Korea, and 73 percent in Singapore. Millionaires in the UK are at the bottom again with only 34 percent.

Of all UAE rich people taking part in the poll, 65 percent say they are more confident to see their family through tough times. They also claim they are concerned about unemployment and poverty around the world and in their country.