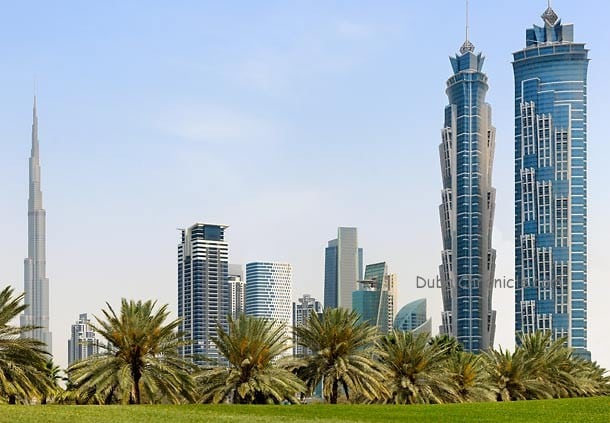 Do you have special plans for the weekend? There is so much to do and see in a city like Dubai, so oversleeping and watching TV isn’t an option. Make the most of your upcoming weekend and plan you fun activities with your family and friends with the help of our short list of some of the most entertaining events in Dubai this week.

Sports fans can enjoy a great variety of matches and competitions this week. The 4th Dubai International Parachuting Championship, which started on 27th November, is still running at Skydive, Dubai Marina. The two-week challenge will continue through 10th December, so if you want to see something really spectacular, head to the Jumeirah Beach. Football fans can see one of the upcoming matches of the Arabian Gulf League Championship. Currently, the Dubai FC, or Dubai Cultural and Sports Club stands on the last place in the rankings with only 4 points. In the 2011-2012 season, the club struggled to stay in the Professional League and finished tenth with only 20 points.

One of the leading golfing events in Dubai, Omega Dubai Ladies Masters 2013, launched this Sunday, and if you still haven’t seen it, you can visit the Emirates Golf Club this weekend. This is the first Ladies European Tour event in the Middle East and holds a prize fund of 500,000 euro, with 75,000 euro price for the winner. The next sporting event is the 12th AFK Senior & 13th Junior & Cadet Championship, which opened on Tuesday and will continue through Friday, 6th December. This is a Karate championship and will include around 900 male and female competitors. Matches will be held at two venues – the Hamdan Sports Complex and the Meydan Hotel.

On Thursday evening, you can enjoy entertaining horse racing during the Meydan Race Nights 2013. Of course, the location is Meydan Grandstand Racecourse, free admission, and it starts at 6.30 pm. On Friday, get ready for another kind of race – The Kartdrome Endurance Challenge starts at noon and will continue for 24 hours straight. This is one of the hardest and most requiring races, as drivers will swap only once after non-stop 12-hour driving! It will be held at the Dubai Autodrome, Motorcity.

From Thursday through Saturday, you can take the kids at Dubai Media City Amphitheatre where they can enjoy the classic story of Peter Pan and Tinker Bell. The shows start at 2 pm. and will cost you AED 150, but maybe it’s a fair price for a must-see play during the festive season. Equally entertaining, but this time mostly for grown-ups will be the Raaga Factory – a live concert this Friday which will make you forget what divides the different music genres and styles. The Ragga Factory is an original symphony of sounds, genres and instruments, a fantastic combination of Western music set to dhol beats, operas and Arabic tunes, jazz and traditional folk music, and many, many more. The show starts at 9.00 pm at Holiday Inn, Al Barsha, and tickets will be AED 100.

On Friday again, Dubai residents and guests will be able to enjoy this week’s largest music event at Nasimi Beach, Atlantis The Palm. One of the world’s biggest hip hop superstars is coming for the 9th birthday of Infusion magazine. Get ready for the legends of Cypress Hill which will be the headliners of the night, plus Josh Wink, Stereo MCs + MC Five, The Cuban Brothers, Moodymann, Karizma, Afrika Bambaataa, and many more. The party starts at 4.00 pm, but make sure to go earlier. Tickets will be AED 290 at the door.

The biggest film event, The Dubai International Film Festival is starting this Friday, which will show some of the best blockbusters of the year and of course, a selection of independent titles. You will be able to see various international, Arab and Indian movies in four different locations – the mall of the Emirates cinemas, The Madinat Jumeirah theatre and arena, as well as the free outdoor screenings at the Burj Park, called Screen on the Green. The 10th edition of the festival will run for nine days, until 14th December and various international stars are expected to attend red carpet events during the week – Martin Sheen, Cate Blanchett, Zac Efron, Priyanka Chopra, Arjun Kapoor, Ranveer Singh, and hopefully, many others.

Many of the events this weekend are with free entry, so even if you are not sure what to expect, go visit them. They may turn out to be really nice surprises!