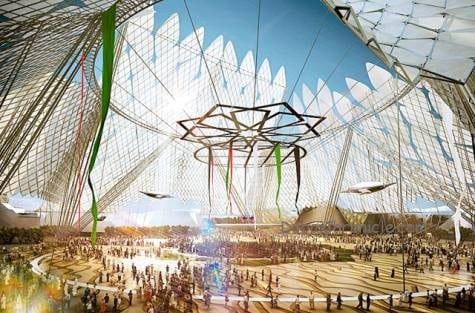 Sao Paulo has been eliminated from the 2020 World Expo competition. This means that Dubai has a stronger chance to win the bid. The city will move the second stage of the final voting together with Russia’s Yekaterinburg and Turkey’s Izmir. During the first round it received a total of 77 votes.

Today 2020 World Expo candidates gathered in Paris for the final stage of the bid battle for one of the largest events in the world. Representatives from the four bidders United Arab Emirates with Dubai , Brazil with Sao Paolo, Turkey with Izmir and Russia with Yekaterinburg took the stage in Paris and showcased their presentations in hope to impress voters. They shared their plans and vision for Expo 2020.

The presentations are the first part of the final stage of the voting process. After it, BIE member countries cast their vote for the candidate they approve the most. The voting itself can be separated into a maximum of three rounds. In each of them, the candidate with the least votes is eliminated. Nevertheless, if some of them gets two-thirds of all the votes, it is announced as the winner of the bid.

The 2020 World Expo is as important for each of the candidates. It is more than event, since it offers many tourism and investment opportunities for the winner. All four contenders have interesting plans about the Expo.

Dubai is confident that it can accumulate $23 billion for the period 2015-2021. That is 24% of the emirate’s gross domestic product. The event itself is estimated to cost $8.4 billion.

Brazil’s Sao Paulo offers to build a renewable energy tower which would turn solar energy into electricity needed for the Expo 2020. Another idea by this bidder is to later use the event’s pavilions as health center, schools and theaters.

Russia plans to hold the 2020 World Expo in the Ural Mountains city of Yekaterinburg. Its budget for the event is about $4 billion. Part of the country’s plan are to include more than 100 pavilions. In addition, the accommodation for the participants in the exhibition will be transformed into a residential area after the end of the Expo.

Turkey has selected famous architect Zaha Hadid to be the mind behind the park for the Expo. Also, the country showed confidence that its bid will receive the support of over 60 countries. Well, that obviously was not enough.

The winner is expected to be announced after 8pm UAE time.