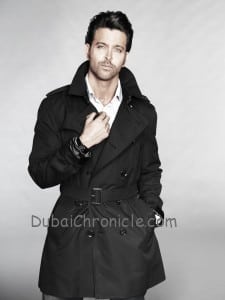 With Bollywood heartthrob Hrithik Roshan landing the lead role in the upcoming romantic drama, Shuddhi, it comes as a surprise that the film is still in need of a female lead as there is never a shortage of takers for a role opposite the gorgeous and multi-talented film star.

The projects director, Karan Malhotra who is working closely with Hrithik Roshan again following the critically acclaimed Agneepath has told an Indian film trade that ‘We are still looking for the leading lady’ and ‘We have not finalised Kareena or Anushka’.

Karan Malhotra has previously stated that he has a ‘wish list’ of actors that he wants in the film and it is clear why he would have locked down Hrithik Roshan following the broken box office records of Agneepath’s release. We’ll just have to wait and see who the lucky women will be.

Hrithik Roshan is currently filming for the Indian film re-make of Knight And Day with Katrina Kaif, and will be resuming his superhero character in Krrish 3, out this Diwali 2013.