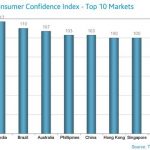 Economic growth in the emerging markets slowed in April to its lowest level since September 2011, according to the latest HSBC Emerging Markets Index (EMI) which is now updated on monthly basis. The headline figure fell to 51.3 in April, from 52.5 in March.

Manufacturing output rose at the slowest rate since November 2012, while growth in the services sector was the weakest since May 2009.

Manufacturing in India increased fractionally in April after a strong rise over the first quarter of 2013. Persistent power shortages hampered output, which increased at its slowest pace for four years.

The rate of expansion in China’s manufacturing sector eased in April. Growth in new orders fell to a five-month low while new export orders dropped for the first time since December 2012.

Any figure above 50.0 signals expansion, while below 50.0 indicates contraction. HSBC’s EMI is a monthly indicator that is derived from the HSBC Purchasing Managers’ Index surveys of 16 key emerging economies.

Frederic Neumann, Co-head of Asian Economic Research at HSBC, said: “Weaker economic growth across most advanced markets is now being felt in the emerging world as well. New export orders in the manufacturing sector, for example, contracted in April after expanding throughout the first quarter of the year. While this could be shrugged off as a temporary correction in the trade cycle, the softness of service-sector PMIs suggests that a broader, more home-grown deceleration is occurring across emerging markets as well, even if they are expanding for the most part.” 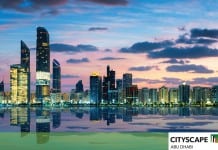