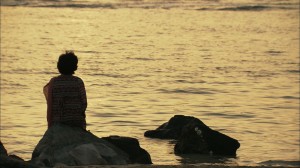 The final short-list of nine feature films and documentaries vying for the Official Gulf Feature competition at the fifth Gulf Film Festival has three world premieres that include the story of three artists exploring the artistic identity of Dubai; an evocative tale on Saeid Jaf, a mercenary commander of the Iraqi Baath Party; and a scary thriller about a road journey that goes awry when the motorists encounter a group of zombies.

Gulf Film Festival 2012 is being held from April 10 to 16 at Dubai Festival City and from April 12 to 14 at the Abu Dhabi Theatre on the corniche. All the screenings are free for the public.

Glitter Dust: Finding Art in Dubai, directed by Katy Chung, tries to discover the real artists behind the dazzle of the city’s art scene. The documentary follows three artists who seek truth from artificiality as they probe the artists behind the flash of Dubai. Delightful hand-drawn animations interplay with live footage in this work, where art and life are intertwined. 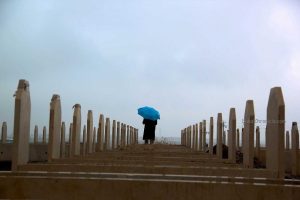 Director Taha Karimi’s I Am A White Mercenary is a biopic on Saeid Jaf, a mercenary commander of the Iraqi Baath Party, standing on trial in the new Iraqi court. Jaf is accused of being part of the Al-Anfal campaign, when more than 180,000 Kurds were killed and many more villages and families were displaced over a three-year long offensive. The film aims to present a new perspective of the incidents.

From Qatar is the science fiction feature Lockdown: Red Moon Escape by Mohammed Al Ibrahim and Ahmed Al Baker. The film is about Mishal and Rashid’s road trip, which goes awry when they encounter a group of zombies. One becomes a casualty and the other must prove his innocence – but will anyone believe his tale of zombies?

The story of an underground blogger makes its international premiere at the festival. Ja’far Abd al-Hamid’s feature film Mesocafe explores the life of an Iraqi underground blogger who travels to London to campaign against UN sanctions on his country and highlight their consequences on the nation. The story takes a twist when Yusif encounters members of the Iraqi community at Mesocafe, and also meets the beautiful Bisan. 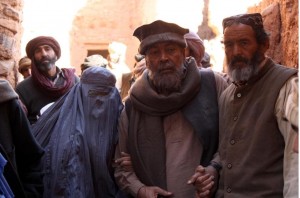 Gulf Film Festival’s opening film, the Kuwaiti feature, Tora Bora, is also competing in the Official Gulf Features competition. Directed by Walid Al Awadi, the film revolves around a brainwashed young man’s decision to join extremist forces in Afghanistan, and his parents’ agonized search for him. It makes its international debut at the festival.

Other selections include: Another UAE premiere, Red Heart, the heartwarming Kurdish love story about two teenagers who try to unite against all odds, directed by Halkawt Mustafa; Amal, Emirati director Nujoom Al Ghanem’s award-winning look at the pull of the UAE for expatriates; the heartbreaking Iraqi documentary Halabja – The Lost Children by Akram Hidou; and Haider Rashid’s world music documentary Silence: All Roads Lead to Music.

Gulf Film Festival 2012, to screen 155 films from 40 countries, will be held at the InterContinental Hotel, Crowne Plaza and Grand Festival Cinemas at Dubai Festival City; and from April 12 to 14 at the Abu Dhabi Theatre. The Investment Corporation of Dubai is the presenting sponsor of the Gulf Film Festival; Emirates airline is its official carrier. Gulf Film Festival is supported by Dubai Culture & Arts Authority and held in association with Dubai Studio City. More details and updates on the festival are available online at www.gulffilmfest.com