Emirates NBD, a leading bank in the region, announced today that its Priority Banking Division will be the exclusive sponsor for the exceptional contest titled: “Sing like a star with AR Rahman,” to be held on December 9, 2011. This is a unique contest that allows one lucky and deserving winner to sing live on stage with A R Rahman in his concert on December 9, 2011. 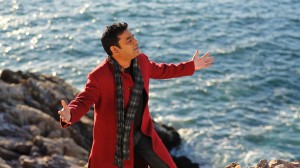 Auditions for the “Sing like a star with AR Rahman” contest, will be held on November 23, 2011, at Temptations Restaurant, Grand Excelsior Hotel, situated in the Al Barsha 1 area, off Interchange 4 on Sheikh Zayed Road. Aspiring contestants will be expected to sing the popular song: “Phir se ud chala” from the recent Bollywood movie Rockstar, the music for which has been composed by Rahman.

The contestants at the audition will be judged by a panel of experts including music artists like Sukhbir, the well-known Bhangra pop singer, and radio personalities. Interested contestants have to fill the audition forms before they go to the venue. Forms can be downloaded from the Emirates NBD website or can be picked up from any of the bank’s two branches at the Mall of the Emirates.

“Emirates NBD is committed to promoting talent and offering customers once-in-a-lifetime chances to realise their dreams, as this is in line with our campaign ‘Inspired by your success,” said Vikram Krishna, Head, Group Marketing, Emirates NBD. “We are pleased to sponsor this contest, which will open the doors of opportunity for several talented singers, and will also provide our customers with the chance to experience one of the greatest musicians of our time.”

Ten top finalists will be shortlisted to meet and perform for A R Rahman, who will select the winner of the contest. The grand prize winner will receive training and tips from AR Rahman himself, ahead of the chance to perform the song live on stage with the music maestro on December 9, 2011.
Rahman, who began his film scoring career in the early 1990s, has sold more than 300 million records worldwide. He has won two Academy Awards, two Grammys, a BAFTA, a Golden Globe, four National Film Awards, 14 Filmfare Awards and 13 Filmfare Awards (South India), in addition to numerous other awards and nominations. In 2009, Rahman was named one of the World’s Most Influential People by Time, while the UK-based World Music magazine Songlines, named him one of “Tomorrow’s World Music Icons” in August this year.