According to a study published by the Journal of Applied Psychology, adult females who are “very thin” earn nearly $22,000 more than their “average weight counterparts.” The report was conducted by Timothy A. Judge from the University of Florida and Daniel M. Cable, from the London Business School, who examined the relationship between income and weight in men and women.

And not only are women earning less if they are of average heaviness, they are actually penalized if they are overweight. Forbes magazine claims that “‘Heavy’ and ‘Very Heavy’ women lost over $9,000 and almost $19,000, respectively, than their average weight counterparts.”

Not surprisingly, gaining weight appears to have a harsher impact on women’s income than it does on men’s. The study indicated that when men gain weight, their paychecks don’t suffer the same way women’s do. Needless to point out that men were likely already earning more than women.

So, together with gender wage gap, now the weight wage gap should be considered. Diets and weight loss plans are expected to gain further popularity. 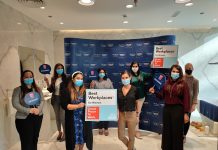