The first-ever dedicated transhipment and gateway hub in India, DP Worldâ€™s Vallarpadam terminal, was opened today by Indiaâ€™s Prime Minister Dr. Manmohan Singh in an official ceremony at the terminal.

Dr Singh together with DP World Chairman Sultan Ahmed Bin Sulayem laid the foundation stone for the Vallarpadam International Container Transhipment Terminal (ICTT) in February 2005, and in todayâ€™s ceremony, the Prime Minister dedicated the new terminal to the Indian nation.
The new terminal is a public-private partnership (PPP) between DP World and the Government of India, with Container Corporation of India (Concor), Transworld and Chakiat also strategic partners in the venture.
The largest single operator container terminal in the country, ICTT, to be operated as DP World Cochin, was built at a cost (including other infrastructure facilities such as road and rail connections) of more than US$600 million or around INR 3,000 crore. With the opening of the new facility, container handling will move entirely to DP World Cochin from the nearby Rajiv Gandhi Terminal over coming weeks. The older facility may be converted by Cochin Port Trust to handle greater volumes of non-containerised bulk cargo.
DP World Cochin will be completed in three phases. In the first phase, the 600-metre-long quay with a draught of around 14.5 metres will be able to simultaneously serve several of the worldâ€™s largest container ships â€“ those with a nominal capacity of around 10,000 TEU (twenty foot equivalent container units) â€“ with capacity to handle one million TEUs annually. Capacity will expand in line with market demand, increasing to around 1.5 million TEUs in the second phase; once fully commissioned, capacity will be around 4 million TEUs.

The Government of India, in a true PPP approach, has also constructed and enhanced supporting infrastructure such as the construction of a four lane national highway connecting the terminal to the rest of India. A new 8 kilometre long electrified rail link will also allow 15 trains to serve the terminal daily, connecting customers directly with Indiaâ€™s national rail network.

H.E. Sultan Ahmed Bin Sulayem, Chairman of DP World said:
â€œWe are extremely honoured that Prime Minister Dr Singh has opened our newest terminal and thank him sincerely for marking both the start of the project with the laying of the foundation stone and the completion of it with the ceremony here today. The opening this morning is testament to his vision, and making that vision a reality. We are pleased and proud to add Vallarpadam to our global portfolio. This world class facility will significantly reduce both time and costs for Indiaâ€™s importers and exporters, improving their competitiveness and contributing to the further development of Indiaâ€™s vibrant economy.â€

Anil Singh, Senior Vice President and Managing Director, DP World Subcontinent, said:
â€œ We look forward to serving our customers at DP World Cochin. Container trade in India has been growing year on year by 15%, and the development of a transhipment and gateway hub within the country we believe will contribute to further growth. There is considerable potential to expand the terminal over time, and we will grow as our customers grow.â€ 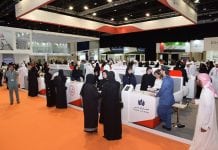 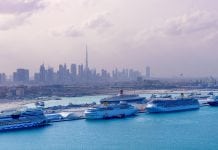 115 Luxury Cruise Ships to Berth at Mina Rashid this Season 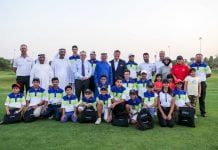 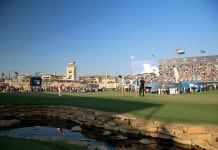 DP World in Support of UAE’s Next Generation Golfers

DP World announced a temporary suspension of its Egyptian operations