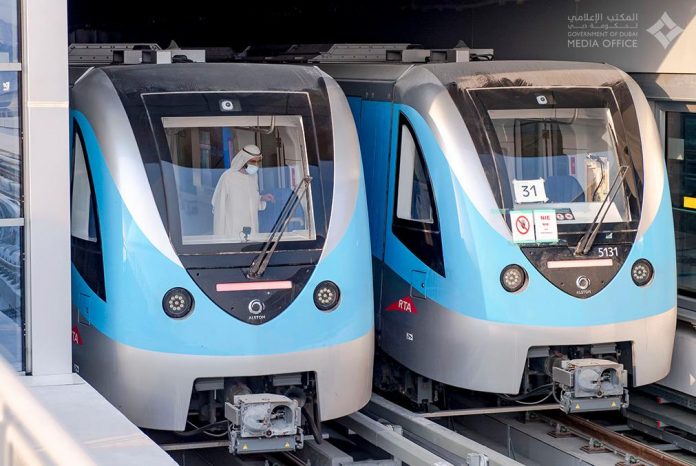 Alstom congratulates Dubai’s Roads and Transport Authority (RTA), on the inauguration of the Dubai Route 2020 Metro. This iconic project was ceremonially inaugurated by H. H. Sheikh Mohammed bin Rashid Al Maktoum, Vice President and Prime Minister of the United Arab Emirates, and Ruler of the Emirate of Dubai on 7 July 2020, and was also attended by Henri Poupart-Lafarge, Alstom’s CEO and Chairman of the Board as well as the top management of the ExpoLink Consortium via video conference technology. 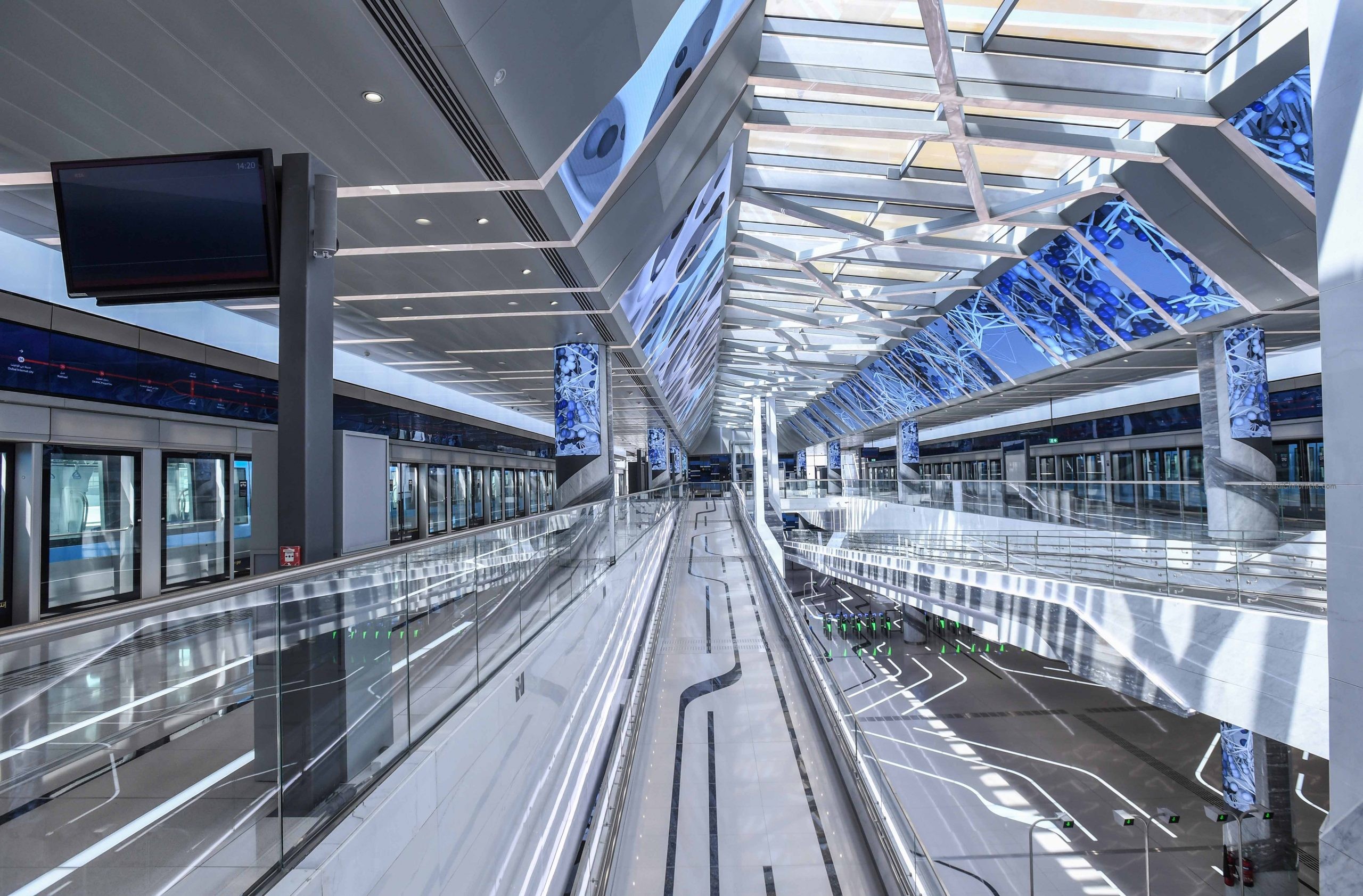 The new line project, commenced in July 2016 and carried out by the Alstom-led ExpoLink consortium, also composed of ACCIONA and Gülermak, consists of a 15km-long line, of which 11.8km is above ground and 3.2km underground, and an interchange on the Red Line. The extension of the metro has seven stations including Jabel Ali Station and the flagship metro station at the Expo exhibition site. The project is worth a total of €2.6 billion. 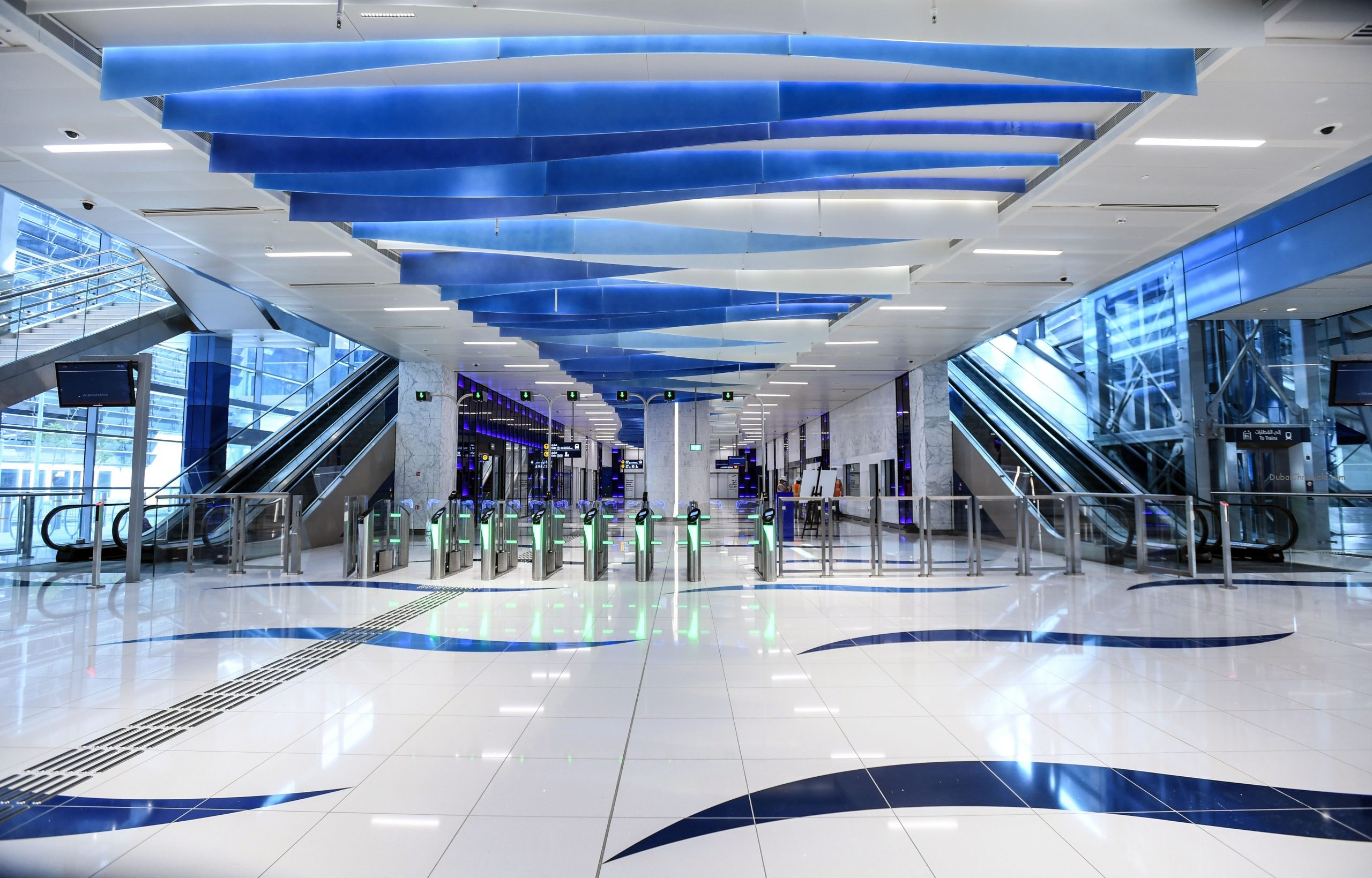 As part of the Consortium, Alstom was responsible for the integration of the entire metro system including 50 Metropolis trainsets produced in Alstom’s site in Katowice, Poland, power supply, communication, signalling, automatic ticket control, track works, platform screen doors and a three-year warranty on the whole system, as well as the enhancement of the existing metro line by upgrading power supply, signalling systems, miscellaneous communication and track works. The trainsets are 85.5 meters long and composed of five cars per trainset, and they will be able to carry up to 696 passengers each. 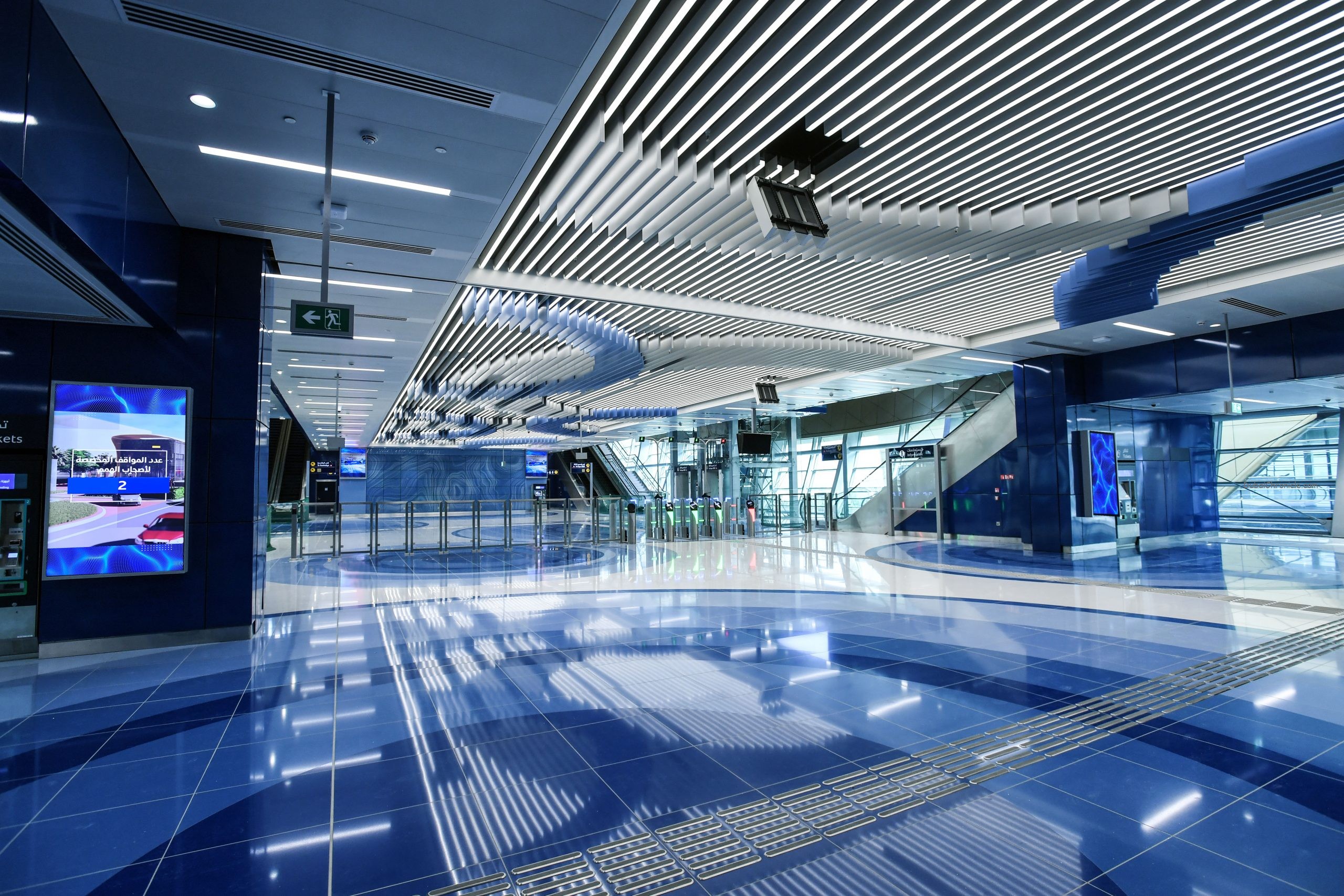 “We are extremely proud to have delivered the world’s fastest built turnkey metro project. The Route 2020 project shows Dubai’s commitment to offer its residents and visitors a state-of-the-art rail network system, and we remain committed to providing the RTA with the utmost support in their journey towards greener and smarter mobility”, says Müslüm Yakisan, Senior Vice President for Africa, Middle East and Central Asia at Alstom. 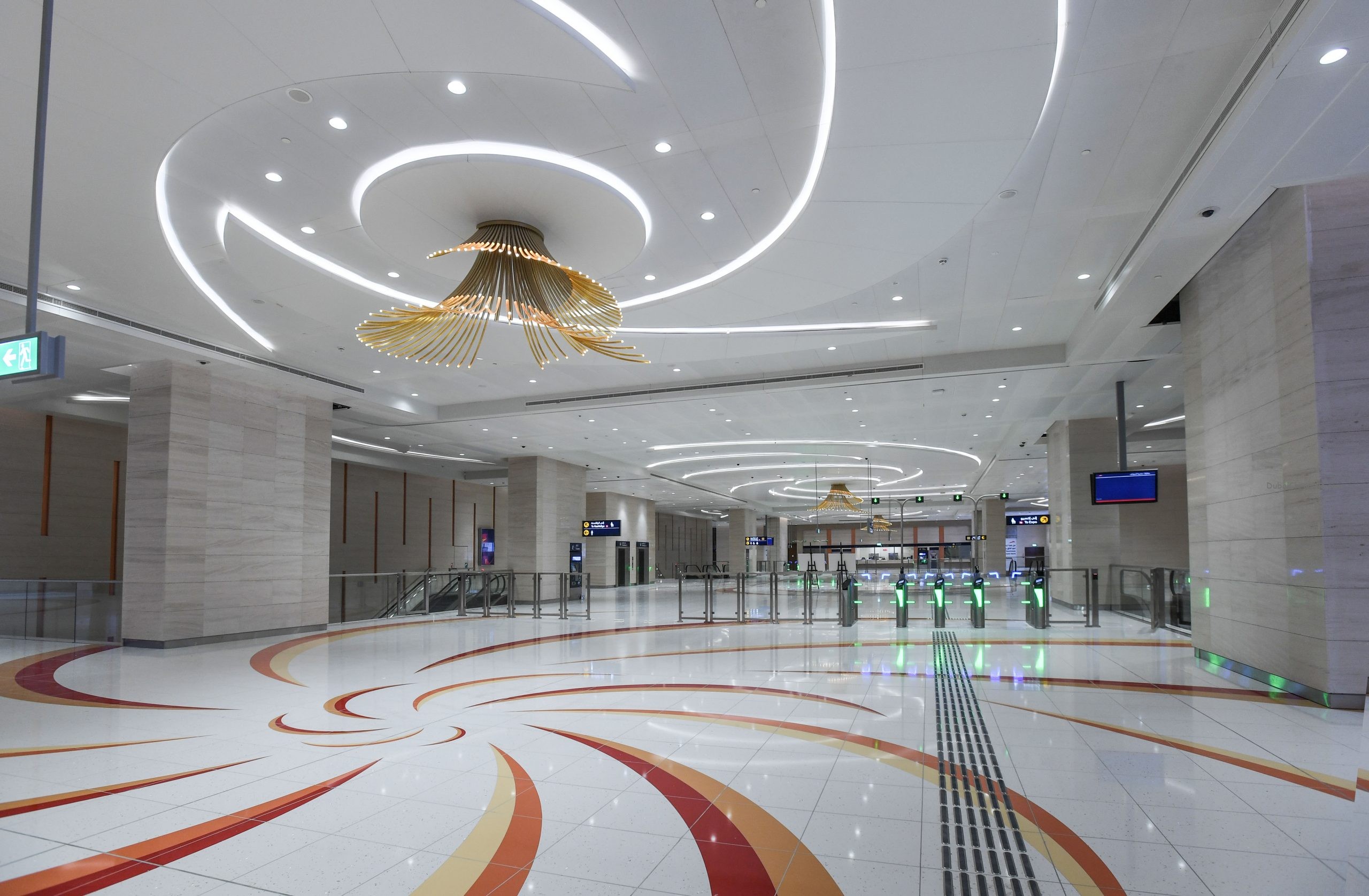 The train offers an excellent level of passenger experience, thanks to wide gangways, large doors and windows, three specific areas for Silver, Family and Gold Classes. Eco-friendly, the train is equipped with a full electrical braking system, LED lighting and other innovations to reduce energy consumption. 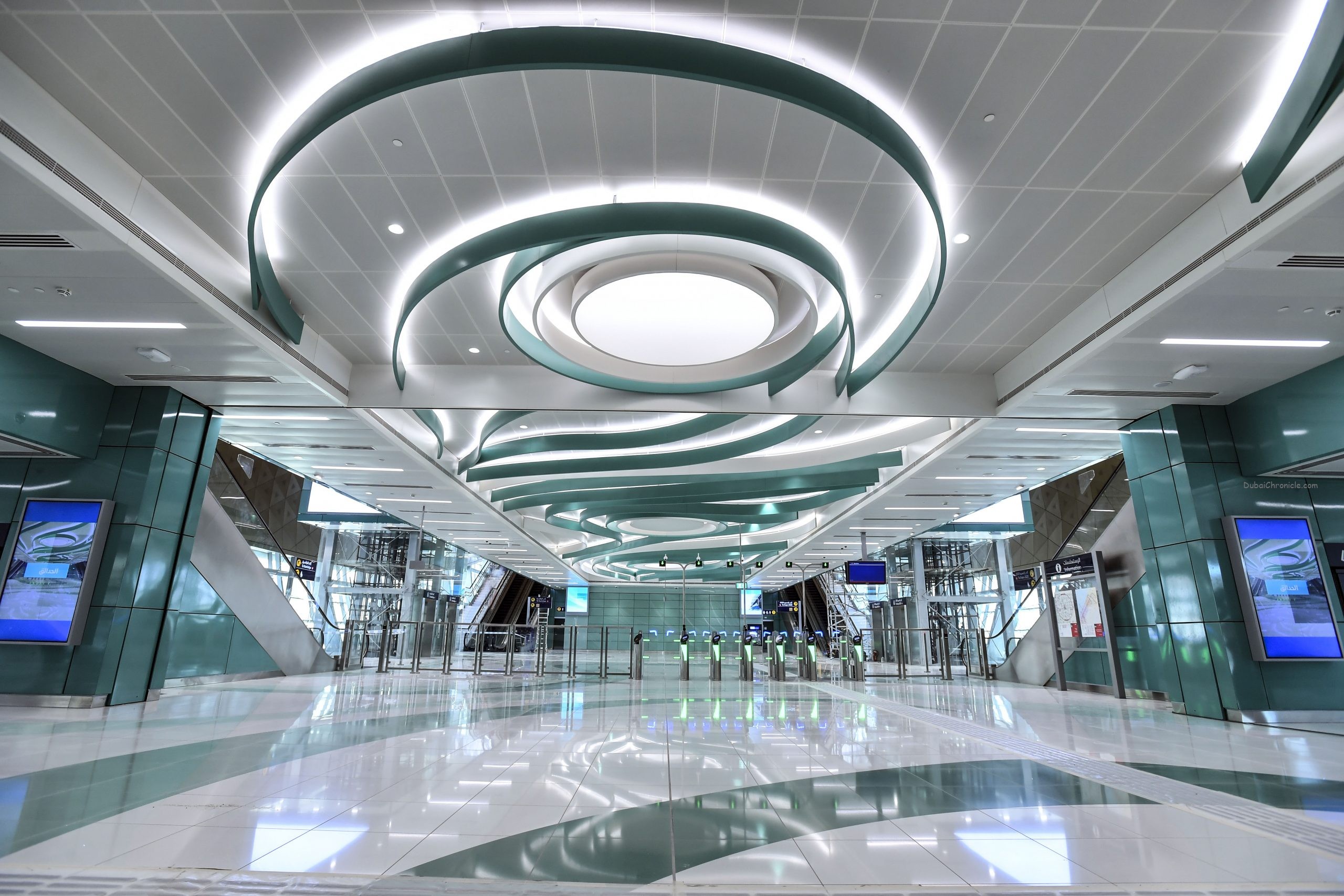 Alstom is a dedicated and long-standing partner of Dubai’s transportation and mobility development. Alstom delivered the Dubai tramway, the first fully integrated tramway system in the Middle East and the world’s first 100% catenary-free line, which was opened in November 2014. Alstom is also in charge of the maintenance of the Dubai Tram for a period of 13 years. 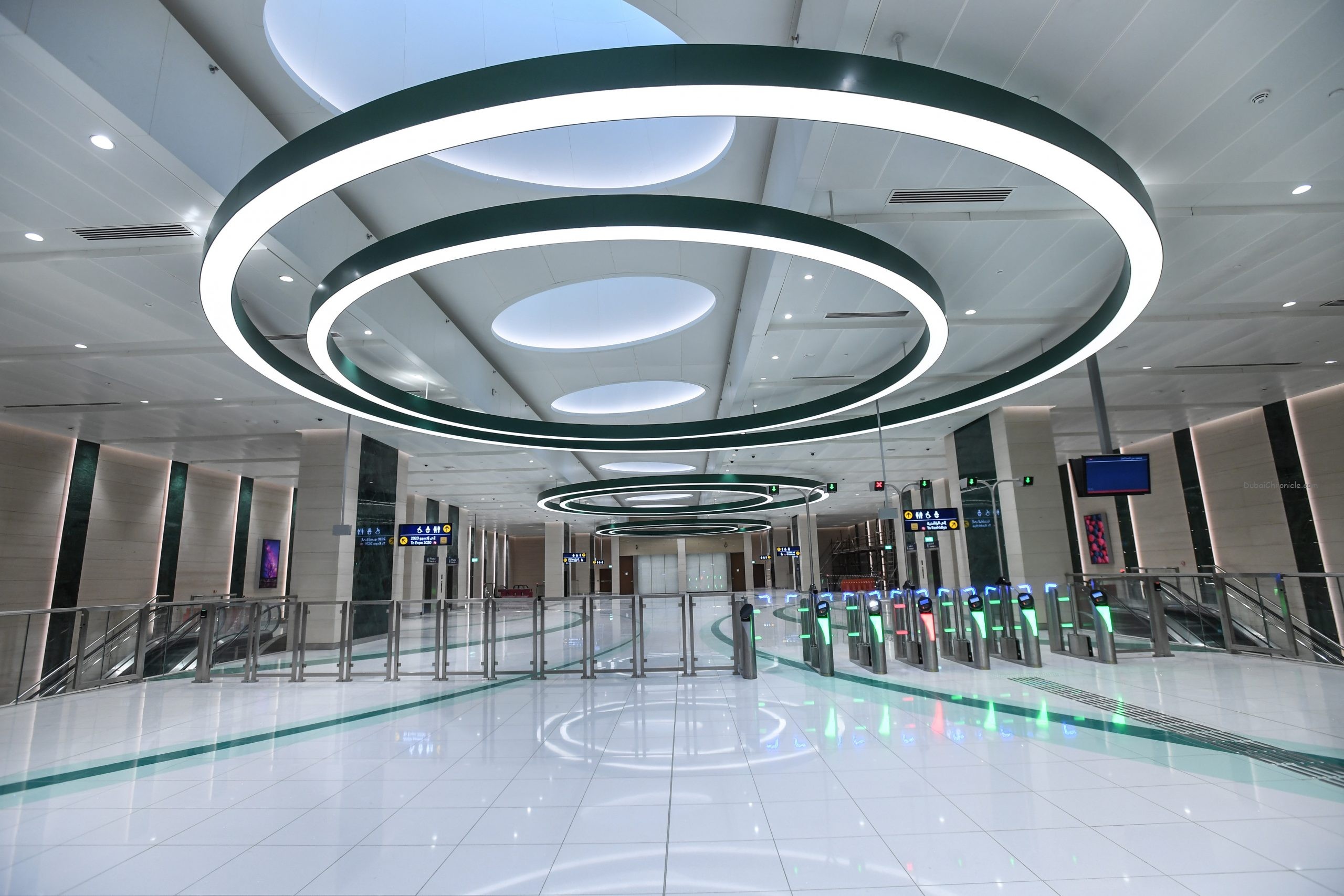 UAE Announces Re-opening of Sea and Air Ports with Qatar