Imagenation Abu Dhabi and Walter Parkes and Laurie MacDonald of Parkes/MacDonald Productions have acquired Earthbound by Richard Matheson, the author of I Am Legend, Hell House, What Dreams May Come, and A Stir of Echoes. Earthbound is the first project optioned completely by Parkes/MacDonald Imagenation, a venture which was announced in October 2009.Â  The film will be produced by Walter Parkes, Laurie MacDonald, Keri Selig (Passengers, Stepford Wives), executive produced by Lindsay Devlin and written by Ronnie Christensen (Passengers, Locked In).Â  The project was brought in by Parkes/MacDonald executive Marc Resteghini.

Earthbound centers on a married man who jeopardizes his marriage by succumbing to the temptations of a beautiful, young stranger. Â However, when he attempts to break off the affair, he begins to suspect that the young seductress is actually the ghost of a long-dead woman and that she is driven by something much more than just earthly passion.

Parkes MacDonald/ Imagenation recently partnered with DreamWorks on The Museum of SuperNatural History which is based on a website created by Ernest Lupinacci and Eat, Sleep, Poop: A Common Sense Guide to Your Babyâ€™s First Year written by pediatrician Scott W. Cohen. Eat, Sleep, Poop will be the first of a series of books to be released by Simon and Schuster on March 30th. Â The film will center on a young couple who bring home an alien creature known as a â€œnewbornâ€ for the first time.

Imagenation Abu Dhabi CEO, Edward Borgerding said: â€œWe are looking at a diverse line-up of projects with attractive premises being developed through the Parkes MacDonald/ Imagenation partnership.Â  With its pedigree and talent as well as its commerciality, Earthbound is a perfect addition to this slate.â€

Walter Parkes said: â€œRichard Mathesonâ€™s novels and short stories have been adapted into some of the most memorable science fiction and fantasy films ever produced â€” from Steven Speilbergâ€™s landmark â€˜Duel,â€™ to the elegant time-travel romance â€˜Somewhere in Time,â€™ to last yearâ€™s mega-hit â€˜I Am Legend.â€™ Â Â Weâ€™re excited to have the opportunity to work on one of this extraordinary authorâ€™s most intimate and suspenseful novels.â€

Parkes MacDonald/Imagenation provides financing for the development of film projects with an initial 10 million USD revolving fund. Â The fund invests in future Parkes/MacDonald projects developed under their first-look deal with DreamWorks Studios, as well as directly with Imagenation Abu Dhabi or with other major studios.

Imagenation Abu Dhabi wasÂ launched in September 2008 toÂ develop, finance and produce full-length feature films and digital content for Arabic and global markets.Â  From its base in Abu Dhabi, the company has established partnerships with high-profile, internationally-based producers such as National Geographic, Participant Media and Hyde Park Entertainment to develop and create content for distribution internationally, in addition to supporting Middle East filmmakers and Arabian film production.

Imagenation Abu Dhabi recently expanded upon their relationship with Hyde Park by establishing an Asian headquarter and creating a strategic alliance with Singaporeâ€™s Media Development Authority (MDA) to fund three to four films over the next five years. The companyâ€™s partnership with Warner Bros. has yielded Robert Rodriguezâ€™s Shorts. As part of the overall partnership with Warner Bros. Entertainment, select video games, including SpeedRacer: The Videogame, Fear 2: Project Origin, Looney Tunes Acme Arsenal and Watchmen: The End Is Nigh have been co-financed with Warner Bros. Interactive Entertainment. Imagenation Abu Dhabiâ€™s upcoming feature films include Peter Weirâ€™s The Way Back, Doug Limanâ€™s Fair Game, Jodie Fosterâ€™s The Beaver as well as Furry Vengeance, The Crazies and Street Dancing. H.E. Mohamed Khalaf Al-Mazrouei is the Chairman, Edward Borgerding is the Chief Executive Officer and Stefan Brunner is the Chief Operating Officer. 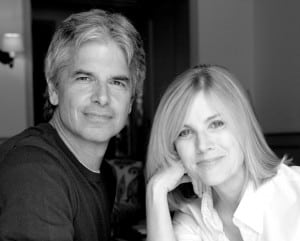 Walter Parkes and Laurie MacDonald formed their Santa Monica based company, Parkes/MacDonald Productions in May 2005.Â  They currently have a first-look deal at DreamWorks Studios and an upcoming slate that includes Jay Roachâ€™s Dinner for Schmucks, Motorcade, and Men in Black 3. As the former co-heads of DreamWorks, the husband-and-wife team were responsible for the development and production of the company’s film slate including: Catch Me If You Can, American Beauty, The Terminal, Gladiator, Saving Private Ryan and Almost Famous.