Under the Patronage of His Highness Sheikh Mohammed Bin Rashid Al Maktoum, Vice President and Prime Minister of the UAE and Ruler of Dubai, ‘The Dubai Forum,’ a regular platform for focused discussions on sustainable development, will kick off on Tuesday.

More than 40 top architects, media critics, architectural historians and developers from 15 countries will speak at the day-long session on the theme of ‘Architecture for Sustainable Societies.’ Brand Dubai is organizing the seminar in cooperation with the one of the world’s oldest and most distinguished schools of architecture, The Cooper Union for The Advancement of Science and Art, New York.

Mona Al Marri, Chief Executive Officer, Brand Dubai, said that the seminar will deal with architecture and sustainable communities; citizenship and migration; technology and innovation; current research areas; engineering and natural forces in the context of climate change; energy depletion and population explosion; architecture and rapid urbanization; growth of architecture as art and engineering in the Middle East; and cultural identity and architectural development in poor societies.

Ms. Al Marri said that leading media representatives from the region and elsewhere will discuss issues such as social responsibility and the impact of the media on contemporary architectural orientations.

The program coincides with the fourth anniversary of the ascension of His Highness Sheikh Mohammed bin Rashid Al Maktoum as Vice President and Prime Minister of the UAE and Ruler of Dubai. The Dubai Forum also coincides with the formal opening of Burj Dubai, the world’s tallest building.

She added that an annual booklet containing the proceedings of the Forum’s different sessions in 2010 would also be made available every year to serve as a reference guide. 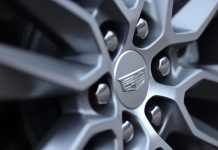