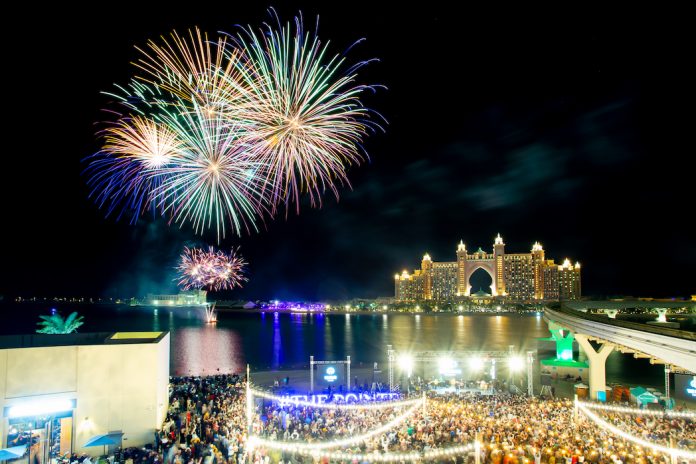 The city of Dubai is well known for its world renowned malls, not just for shopping, but also for bringing extravagant events for the whole family to enjoy!

Organised by Dubai Festivals and Retail Establishment (DFRE), The Year of the 50th will be celebrated with gusto across the city. Residents and visitors are invited to take part in the festivities at various malls across Dubai, which will be bringing guests a host of activations throughout the National Day long weekend.

Majid Al Futtaim malls will be showcasing a number of activations across their popular retail destinations, all centered around the theme “Rooted in the Future, to the next 50 and beyond”.

City Centre Mirdiff will be running a number of activations over a span of 10 days, from 25 November to December 4. The Rooted in the Future Outdoor Market will feature 50 stalls supporting local & emerging designers, who will showcase their work for visitors to admire. Henna artists also will be present for the ladies, along with roaming entertainment and children’s workshops.

To highlight key moments in the UAE’s history, a unique stage show will take place on a daily basis from complete with creative choreography, props and costumes. The story of this great nation will be narrated traditional Hakawati fashion, and the show will tell the tale of the past, present and future of the UAE. It will be an interactive experience all audience members will enjoy. There will also be art exhibitions and a unique car show, which will feature over 250 vehicles owned by Emirati enthusiasts.

City Centre Deira, which is Majid Al Futtaim’s oldest mall, is an iconic retail destination, holding a special place of pride in Dubai’s cultural, traditional and commercial history. The mall will feature a historical activation titled “Heart of Deira”, which will showcase the authentic side of one of Dubai’s oldest neighbourhoods, linking the past to the future. Residents and visitors are invited to navigate a traditional spice souk set-up, complete with traditional décor and elements such as rugs and lanterns.

For those looking to see a glimpse into the future, can travel through the Tunnel of Time, which will showcase everything from the UAE’s humble beginnings, to the next 50, in line with this year’s National Day Theme. There will also be robotics workshops for children, truly futuristic! 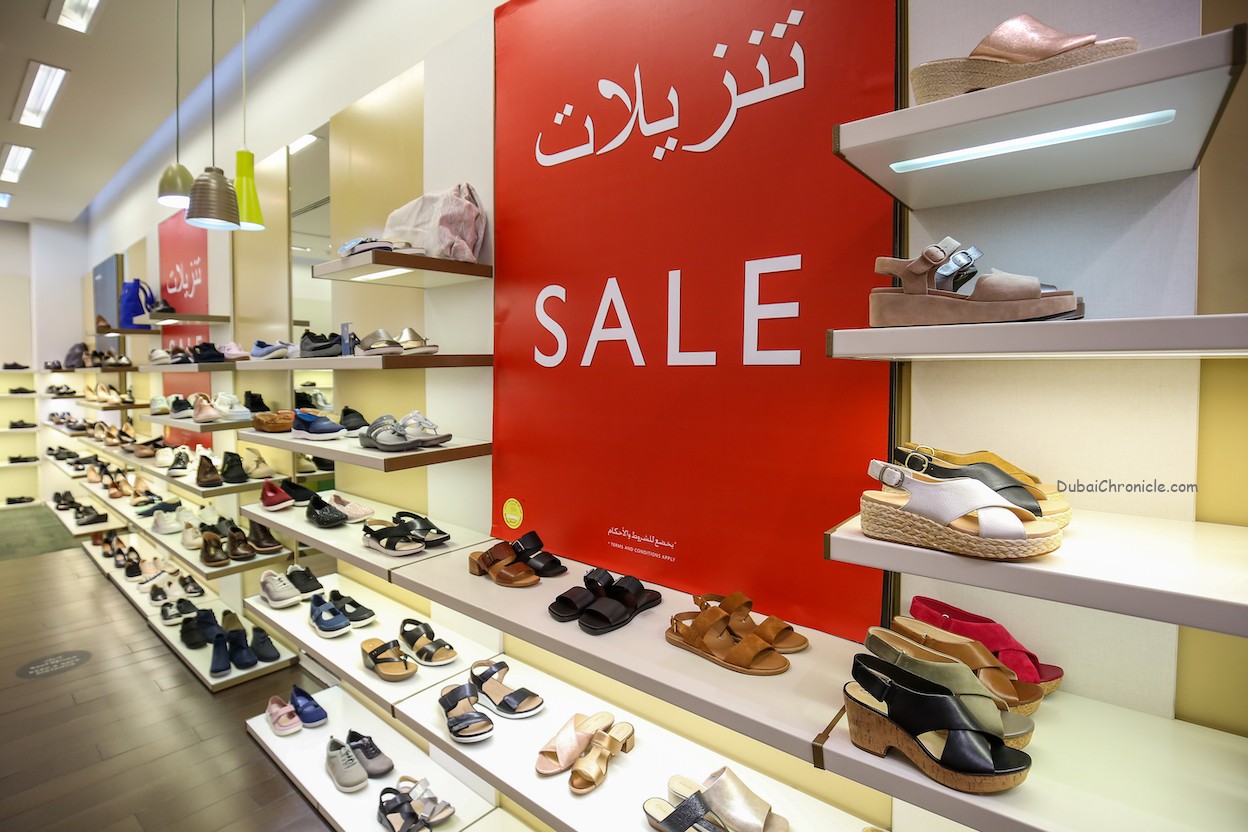 Mall of the Emirates will also be hosting a series of exclusive events and showcasing exclusive products from brands that align with the theme of the UAE National Day. The mall will host an exclusive exhibition titled “Draped in Heritage”, drawing inspiration from the past to enlighten the present and illuminate the future. The showcase will feature 7 outfits, each with accompanying audio- visuals of Shaikhas and other empowered women from the UAE. The aim of the exhibition is to promote and educate residents and visitors on the evolution of the UAE’s unique heritage.

Dubai Outlet Mall will be abuzz with residents and visitors alike throughout this National Day weekend, as there will be a number of retail and F&B promotions along with live entertainment. Adding to the pzazz, Dubai Police will also be hosting a quiz show on stage on 1,2, and 3 December, starting at 5pm.

Fancy a chance to win? Shoppers at City Walk will have the opportunity to grab one of five Rove Hotel family staycations on spends of AED 150 and above. All they have to do to enter the draw is DM photos of their receipts to @citywalkdubai on Instagram and Facebook! The iconic Dubai location will also feature live performances, an Arabic majlis tent and even a flash mob throughout the National Day celebrations from 2 until 4 December 2021.

The Palm Jumeirah will feature a host of events and activations throughout the Golden Jubilee National Day weekend. Residents and visitors are invited to The Pointe to experience fountain shows celebrating the UAE from 27 November until 3 December from 6pm onwards. There will also be firework shows on 2 and 3 December at 8pm.

Those who enjoy adrenalin packed shows should head to Palm West Beach, where Red Bull will have two skydivers put on an amazing acrobatic performance, complete with a skydive holding the UAE flag on 2 December at 5pm. Nakheel Mall will also be showcasing an Art Exhibition from 27 November to 3 December.

Souk Al Marfa, the waterfront wholesale souk and marketplace at Deira Islands will be hosting the Emirates Motor Festival as a part of the UAE’s 50th National Day Celebrations. With over 300 cars on display, along with a remote control car obstacle course and drifting challenge, it will be a must visit for car enthusiasts. There will also be roaming entertainment and children’s workshops from 2 until 4 December.

Bargain hunters will be ecstatic to find National Day activations at Dragon Mart, where there will be traditional foods, Hennah artists and an Arabic Majlis tent for residents and visitors to enjoy. Not to forget live entertainment and Instagrammable installations throughout the National Day celebrations, which will run from 2 until 3 December from 5pm onwards. 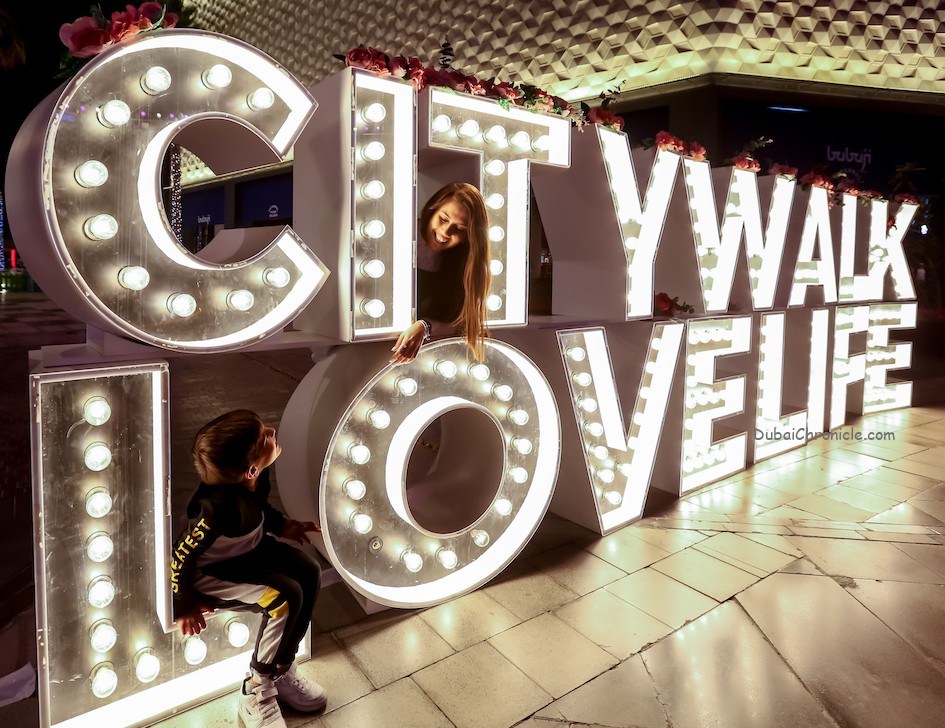 Ibn Battuta Mall will also feature an Arabic Majlis tent, complete with traditional food and drink, along with ever popular Hennah artists. There will also be live shows and roaming entertainment such as butterfly and flag dances at the mall throughout the National Day festivities, from December 2 until 4. Residents and visitors in JVC can head to their local Circle Mall to experience the best cultural activities the mall has on offer. There will be Arabic coffee and dates, traditional sweets lugaimat being prepared live, along with chebab and Hennah from December 2 until 4.

Two of Dubai’s landmark winter destinations, La Mer and The Beach at JBR will host a string of activities for all to enjoy during the National Day long weekend. There will be a 4 piece live band, along with a saxophonist at both locations from 2 until 4 December, offering live entertainment in both English and Arabic for residents and visitors alike.

Mercato Mall will be celebrating the UAE’s National day in style, with children’s workshops, face painting and live entertainment for the entire family to enjoy. Passers by can also admire the facade of the mall, which will be projecting the colors of the UAE flag.

Dubai Festival City mall will be the place to be this National Day! With fireworks alongside a performance by Rashid Al Nouaimi, best known for his recent EXPO 2020 song, on 2 December at 8 and 10pm, Dubai Festival City Bay will be full of entertainment! Children’s activities, traditional performances and more will draw people from near and far to this iconic Dubai mall. Not only that, shoppers who spend over 1,000AED will receive a chance to win back 50 per cent of their spends in the form of a DFCM gift card from 26 November until 2 December.

Those heading to Al Khawaneej Walk during the Year of the 50th celebrations will witness all of the following on  2 and 3 December, an Arabic Storyteller, a traditional Ayalla band and even an arts competition! As an additional treat, mascots Modesh and Dana will be making a special appearance at Al Khawaneej Walk on 2 December, to interact with visitors and residents alike from 3 until 9pm. Art connoisseurs can also enjoy an ongoing art exhibition taking place from 3 until 11 December at the popular destination.