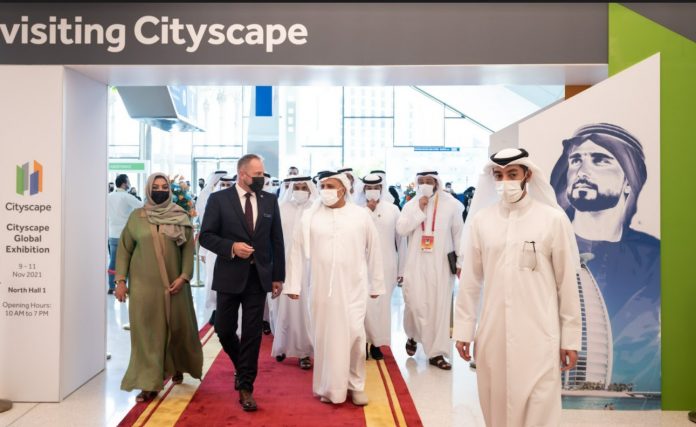 The 21st edition of Cityscape Global, the Middle East’s leading real estate exhibition, was officially opened today by His Excellency Mattar Al Tayer, Director General and Chairman of the Board of Executive Directors, at Dubai’s Road and Transport Authority (RTA). 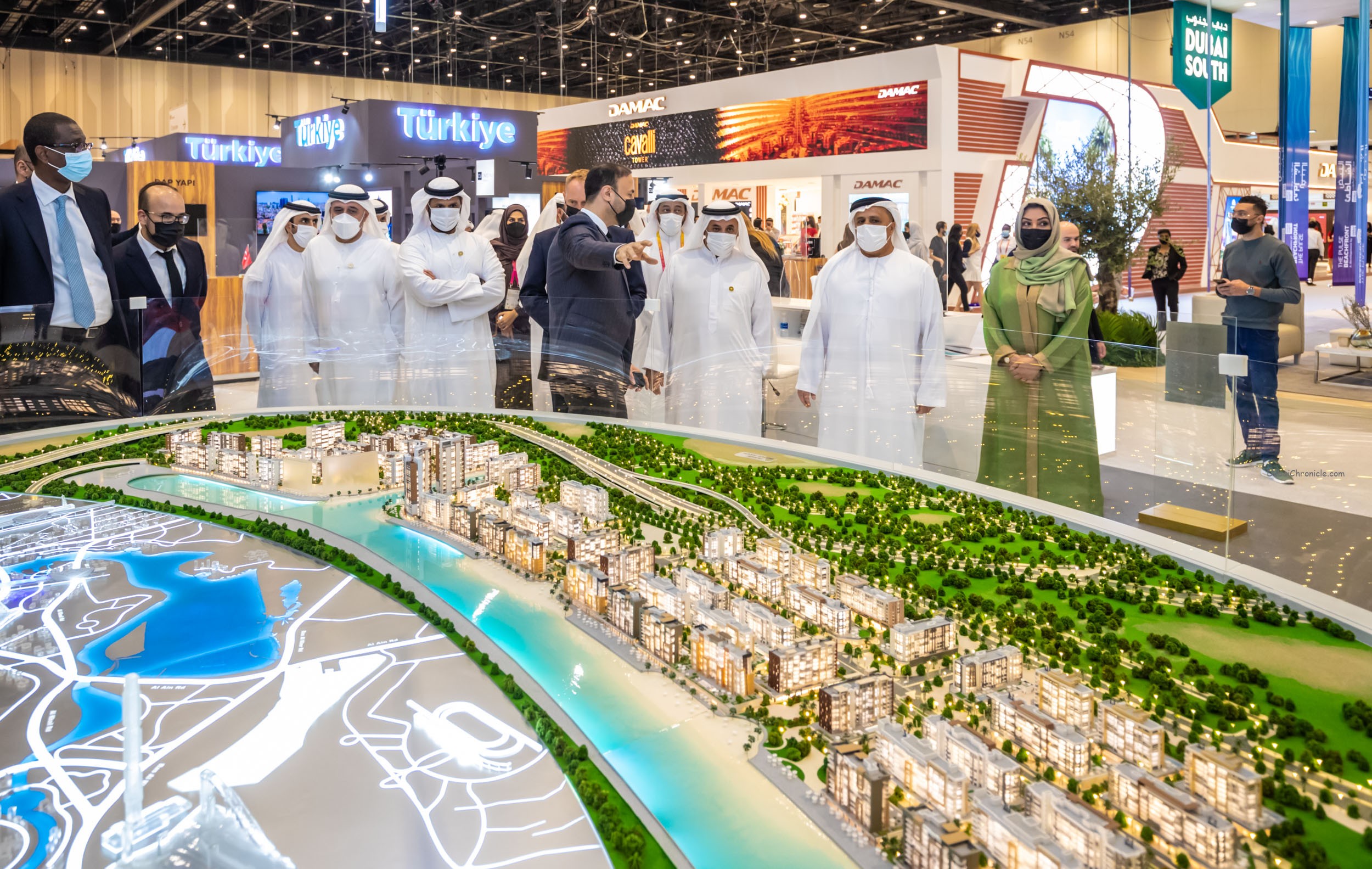 Azizi is haloing its Riviera Beachfront project, the developer’s French Mediterranean-inspired residential and commercial community. The project comprises residences with direct access to – and stunning views of – Azizi’s newly announced 2.7-kilometre-long crystal lagoon in MBR City, one of Dubai’s most sought-after neighbourhoods. Other Azizi projects on show include the Mina on Palm Jumeirah and Creek Views I and II, which will have scale models on the developer’s stand.

By mid-2022, Dubai-based Sobha Realty will launch a 200-acre development in MBR City next to Sobha Hartland. According to the developer, the ‘Hartland Sanctuary’ will cost over US$4 billion to build. The developer is also showcasing ‘The S’ – a 240-metre high, 60-storey super-luxury mixed-use tower on Sheikh Zayed Road. When complete in 2024, ‘The S’ will also house Sobha’s corporate headquarters. According to the developer, offices take up much of the space which boasts overall sales value of approximately Dh1 billion.

The experts pointed to a high percentage of ageing developments requiring expensive retrofit, and cited regulation and incentives as requirements to aid the process. 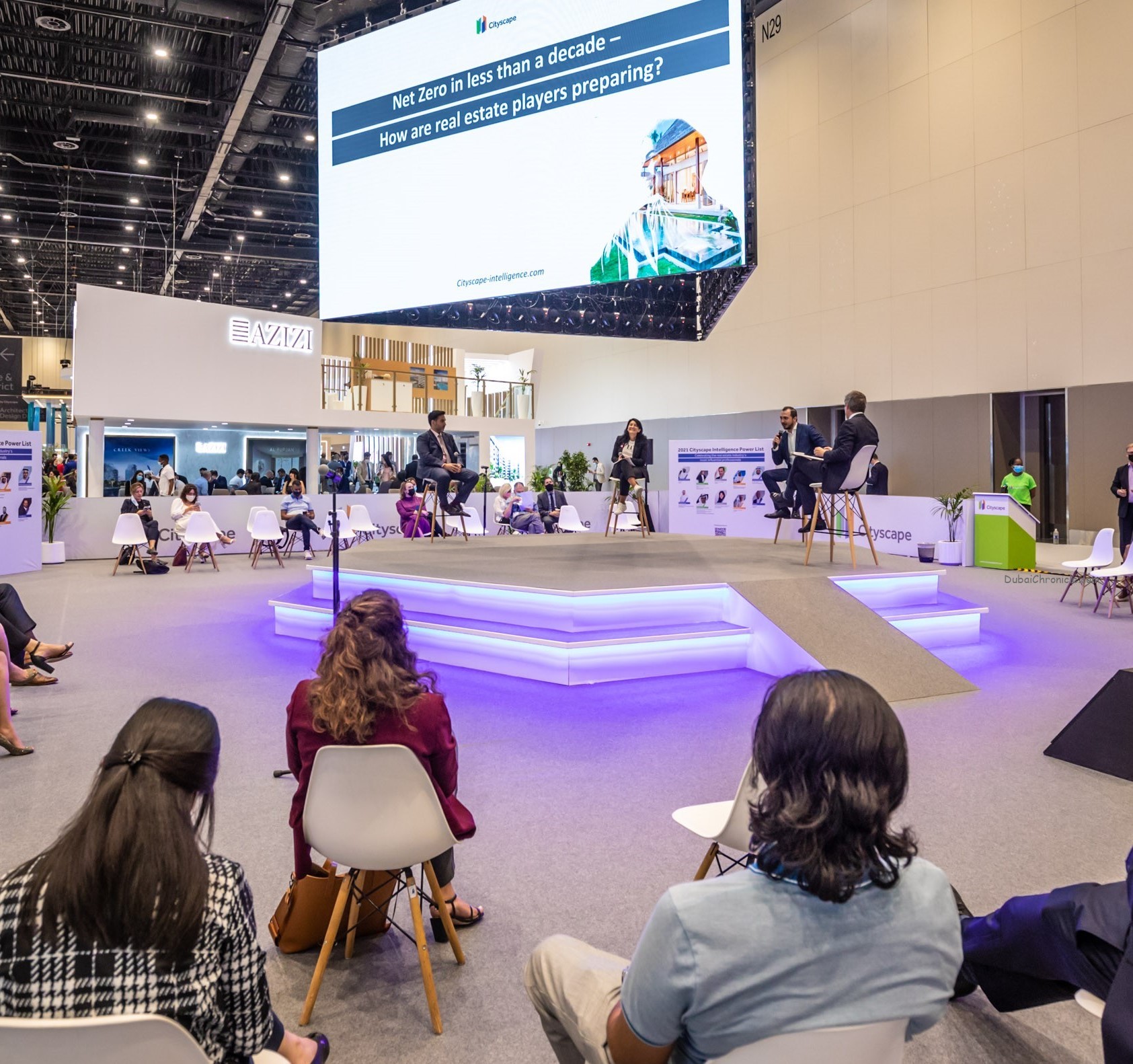 Hanifa Ymer, Head of Sustainability for JLL, said the real estate sector was not yet well prepared to address the challenge, insisting new regulation would focus minds; “We will see a surge in legislation that will de-risk some of the investment opportunities and requirements for retrofits. There will also be some incentivisation and we expect to see a lot along these lines in the UAE.”

Madhur Dhar, COO of ZaZen Properties, said more facilities needed to be in place to optimise developers’ investment. “We are using solar for power generation but currently cannot contribute to the grid to offset costs as is done in some other countries. However, if any country can do it, the UAE can because it is always fast to react,” he said.

Dhar also said more needed to be done to educate both the sector and buyers of the benefits of investing in sustainability. “It requires a real push as this industry contributes 40% of a nation’s carbon emissions,” he added.

However, Mario Saab, Head of Sustainability MENA for Cundall, said the market is witnessing an upsurge in developer interest in sustainability enhancement. “We are receiving many RFPs from developers who are looking again at their operations to see how they can make their existing assets more sustainable,” he said. “There is definitely movement on this big issue and we are still at the early stage.”

Saab also predicted an upswing in green financing initiatives coming onto the market to satisfy increasing investor demand. “We are seeing more green bonds and sukuks and will see even more going forward,” he said. “Investors are now looking with greater scrutiny into developers’ net zero targets and plans to inform their investment decisions.”

The live and in-person event is being held in adherence with Informa AllSecure, an enhanced health and safety standards that raise the bar on safe, hygienic, productive, and high-quality organised event experiences.