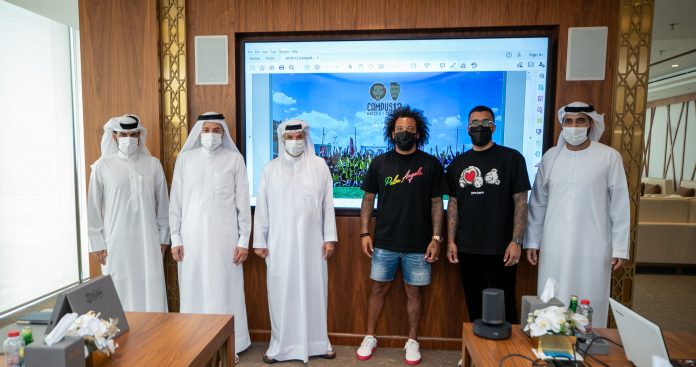 The Brazilian, who has captained both his national team and Spanish powerhouses Real, discussed several projects and initiatives at the meeting and expressed his desire to work alongside Dubai Sports Council, especially at the academy level, for the betterment of football here.

Welcoming the 33-year-old to Dubai, His Excellency Saeed Hareb promised Marcelo all the support he needs and presented him with a copy of “My Story” – the anecdotal memoir of His Highness Sheikh Mohammed Bin Rashid Al Maktoum, Vice President and Prime Minister of UAE and Ruler of Dubai.