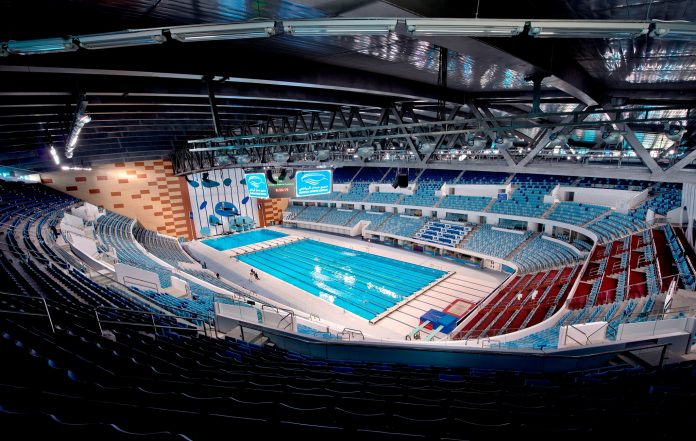 The UAE continues to be the preferred destination of international teams as they prepare for the upcoming Olympics and other major championships, with Dubai’s world-class stadiums and sports halls bustling with activity over the past few months, hosting some of the world’s top athletes in a safe environ, with gold-standard COVID-19 safety protocols in place.

Since the beginning of the year, inside less than 100 days, Dubai has hosted training camps and friendly matches for more than 50 international teams in different sports, including swimming, synchronized swimming, modern pentathlon, cycling, tennis, football, badminton, cricket, rugby, golf, etc.

The first three months of 2021 have seen the Hungarian synchronized swimming team camp at the Hamdan Sports Complex, alongside the Tokyo-bound Czech national modern pentathlon team. The Denmark badminton team, led by their 2017 World Champion and current men’s world No2 Viktor Axelsen, was also camping in Dubai as well as a number of Arab, Asian and African football teams, who are preparing for the 2022 World Cup qualifiers and the 2023 AFC Asian Cup.

A number of Asian and European football clubs have also had their camps in Dubai in the past three months, alongside a number of tennis and padel players, who have regularly used the Emirate to prepare for events.

Joining the list now is 14 Tokyo Olympics-bound rugby teams, who are arriving in Dubai for a friendly tournament later this month as they prepare for the Olympic games, which are scheduled to start on July 23 and close on August 8.
The tournament which will be hosted by the UAE Rugby Federation, in cooperation with the Dubai Sports Council, Emirates Airlines, and the International and Asian rugby federations, will feature eight men’s team – Spain, France, Japan, Canada, Argentina, Uganda, Chile and Canada – while teams from the United States, France, Kenya, Japan, Brazil and Canada will compete in the women’s event.

The strong international relations of Dubai Sports Council and national sports federations as well as the availability of top-notch facilities for every sport, like the Nad Al Sheba Sports Complex and Hamdan Sports Complex, and world-class rugby, cricket and football stadiums and dedicated cycling tracks around the city, alongside some of the world’s best hotels and tourism facilities, make Dubai the perfect destination to prepare for major sports events and sportscation.

The Dubai Sports Council is in regular communication with various international bodies wishing to set up their camps or competitions in Dubai during the coming period, to facilitate their trip and ensure all COVID-19 precautionary measures are implemented to ensure the health and safety of everyone involved.