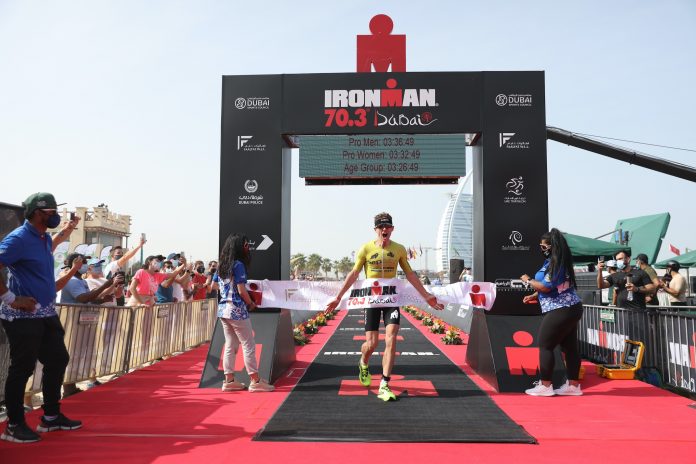 Daniela Ryf, winner of the Dubai women’s title in 2016 and 2017, made a triumphant return to competition on Friday with a blistering run on the streets of Jumeirah to pip 2020 champion Imogen Simmonds for the IRONMAN 70.3 Dubai women’s title.

Denmark’s Daniel Bakkegard took the men’s crown in the season-opening IRONMAN 70.3 race, which is organized under the aegis of Dubai Sports Council, with a time of three hours, 33 minutes and 2 seconds to break the previous IRONMAN 70.3 Dubai record of Jan Frodeno (03:34:48 set in 2016). Portugal’s Filipe Azevedo finished second, while Sweden’s Rasmus Svenningsson, the 2018 IRONMAN 25-29 Age Group World Champion, came in third.

Coming to Dubai, the 33-year-old was not sure about her form as she revealed she was forced to swim in her bathtub through the early days of last year’s COVID 19-forced lockdown. Swimming off the coast of Dubai, with the majestic Burj Al Arab forming the backdrop, Ryf had a slow start as Simmonds topped the leaderboard with a time of 26 minutes and 31 seconds for the 1.9km (1.2mile) swim course, which started behind Jumeirah Beach Hotel and finished at Jumeirah Publich Beach.

Ryf was nine seconds slower than Simmonds in the swim and was trailing her Swiss compatriot by 55.96 seconds at the 67km mark of the 90 km (56 mile) cycle race. She did cut most of that lead in the final 23km of the cycling race, finishing the cycling a second quicker than Simmonds, but as she started her run, Ryf was still 11.15 seconds behind the defending champion.

Four kilometers into the run, though, and Ryf had already built a 7.57 second, and the gap kept growing as Ryf crossed the line in a time of three hours, 56 minutes and 54 seconds, which was five minutes and 8.41 seconds quicker than Simmonds (04:02:02).

Sweden’s Sara Svensk finished third in 04:05:17, while Russia’s Elena Danilova (04:07:37) and Cecilia Perez of Mexico (04:08:27) brought up the Top 5.
“I have great memories here in Dubai,” said Ryf after winning her third IRONMAN 70.3 Dubai crown. “I always enjoy being here. The race is great – it’s well organized and a really fast course. The atmosphere of the run, especially, is pretty cool. The people were really pushing me hard. I was impressed how many times I heard my name. So I felt really supported. I am really glad to be here and to start again the season with a strong race, that makes me really happy yeah.” 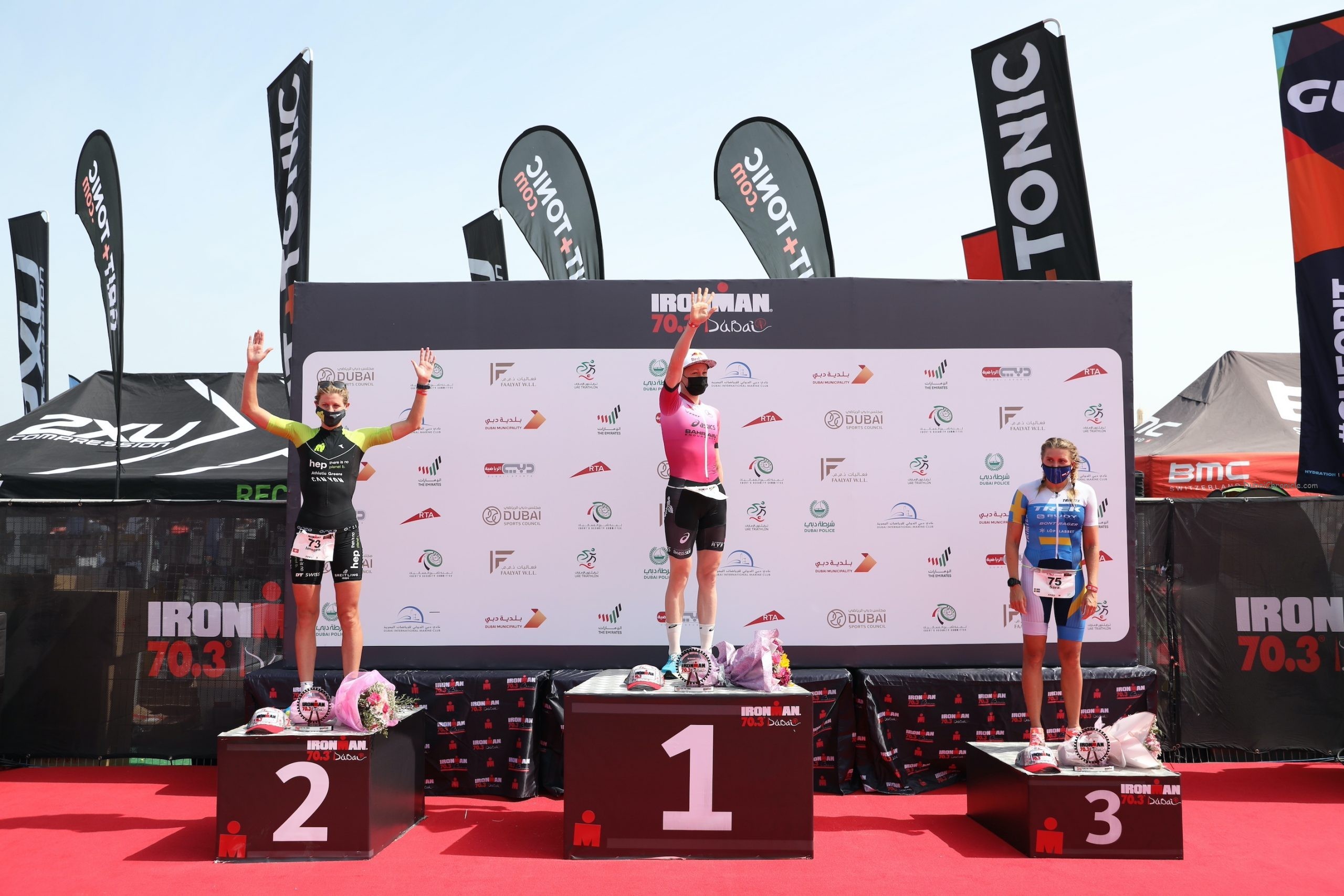 Swede Svenningsson finished a second behind in 03:34:04 to take third, while Andrea Salvisberg of Switzerland (03:34:05) and Frenchman Antony Costes (03:34:36) completed the Top 5.
“It was a nice race where the organisers had everything under control,” said Bakkegard, saluting the organisers for a job well done. “Certainly, they showed they could put together a good race even though we have this situation with COVID-19 going on. So yeah, I will definitely come back.”