Global lockdowns have been in place for weeks and they are causing economic turmoil. The downturn is expected to be the worst since the 1930s with U.S. unemployment soaring to 33 million since the middle of March and the EU announcing it is expecting its collective GDP to shrink by 7.4 percent this year. The pandemic has sent governments into crisis mode and aggressive coronavirus stimulus packages have been developed to stave off a catastrophic global economic collapse. Ceyhun Elgin, an economics professor at Columbia University, has been tracking responses in 166 different countries.

While the U.S. has committed to the largest rescue package of any country in pure dollar terms over three congressional stimulus phases ($8.3 billion, $192 billion and $2.5 trillion), Elgin’s research shows that global responses are quite different compared to economic size. The U.S. measures work out at an estimated 13 percent of GDP and as large as that is, it actually trails Japan’s measures which equate to just over 21 percent of GDP. In Europe where Spain and Italy have endured devastating coronavirus outbreaks, the size of stimulus packages are estimated to be 7.3 percent and 5.7 percent of GDP respectively. 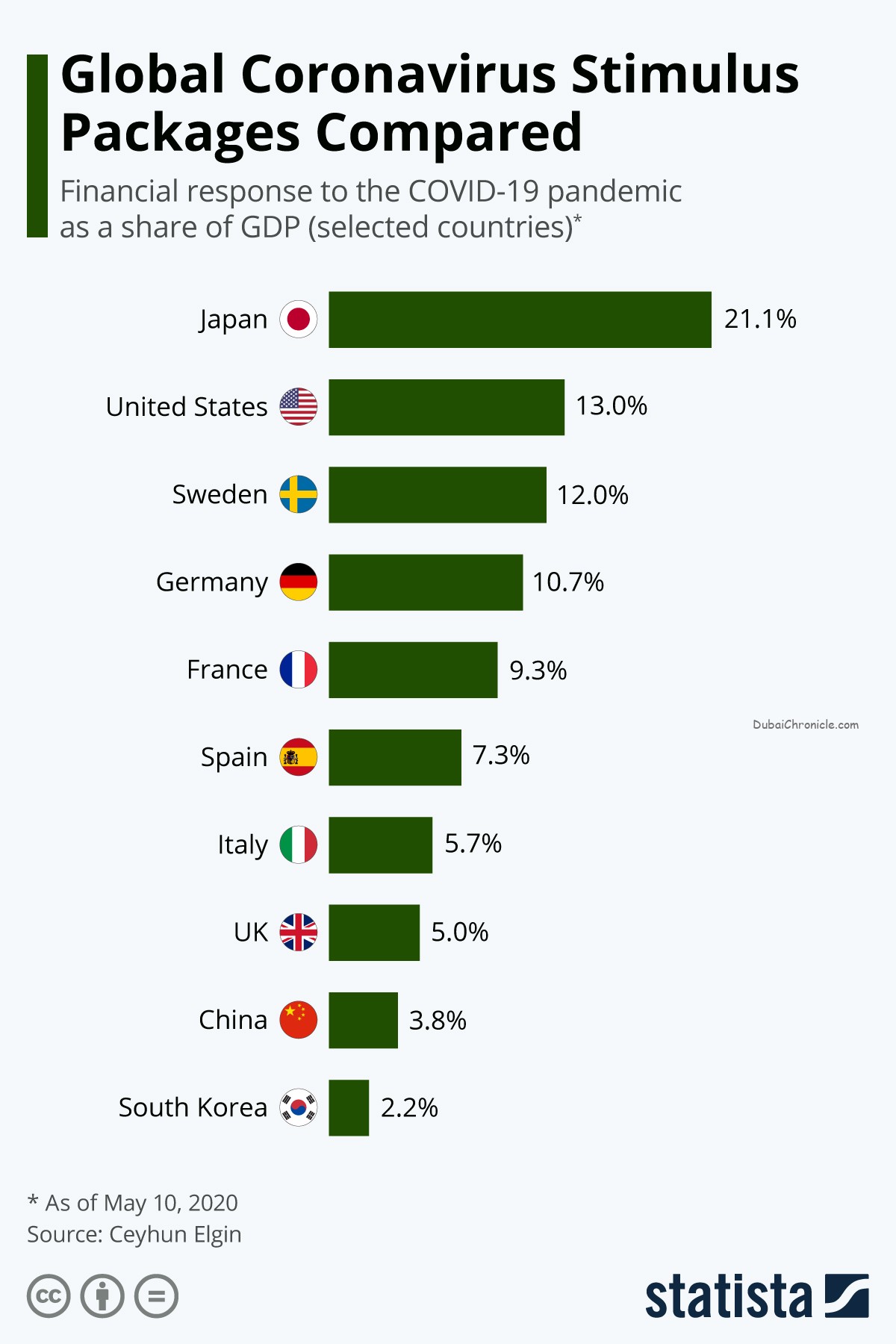