Although cancelled or delayed business trips emerged as the most visible initial impact of the virus, declining sales is expected to be the greatest commercial woe in the future

As Coronavirus takes a toll on global and regional economies, YouGov ran a survey among 220 working professionals belonging to the senior management in various companies (senior business managers and above) between 9th– 15th March to understand the impact of the pandemic on their business and the overall economy.

Four in five (79%) of the surveyed business professionals claimed the Coronavirus had a large or moderate impact on their business. 13% said the impact was minor and only 6% claimed to have no impact at all. Working residents within the income bracket of AED 20,001- 40,000 were more likely to feel the effect as compared to other income-group professionals. 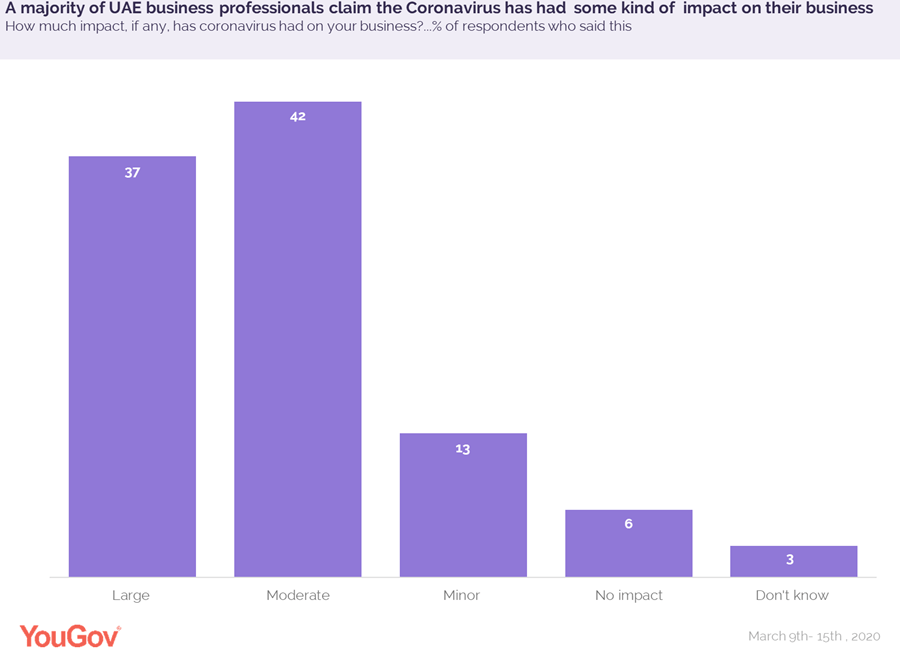 Among the top ways in which the outbreak has affected their business was cancellation or postponement of business trips or external appointments, as said by 47% of the respondents. Almost as many claimed (43%) to introduce hygiene measure and supplies in the company.

Many indicated there was a drop in sales (42%) and sensed insecurity and safety concerns among employees (42%). Roughly a quarter said they were facing HR-related issues such as- increased work from home (29%) and rise in employee sick leaves (24%). Another quarter (25%) were facing interruptions to the supply chain. One in five reported reduced operating hours (20%) and almost as many suffered office or store closures (18).

On a slightly positive note, 7% said they witnessed increase in sales as a result of this outbreak. 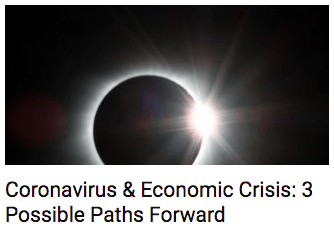 The data suggests further disruption on the horizon with four in five respondents (80%) saying the virus is very likely or fairly likely to affect their business in the future. Those aged 45+ were much more likely to say this as compared to their younger counterparts (89% saying this).

One in six (17%) of all respondents, however, feel it’s not likely or not very likely to have a future impact on their business.

Although during the time of the survey, cancelled/ delayed business trips or appointments emerged as the biggest visible impact of the virus (said by 47%), declining sales is the greatest commercial woe foreseen by people in the future. A notably higher proportion (48%) are expecting to see decrease in sales in the future compared to those already seeing such a decline.

One in three feel there will be difficulty in communicating with foreign partners (32%) and just as many expect further interruptions to the supply chain (30%).

A slightly higher proportion than the ones who said this now believe there will be reduced operating hours (23%) and office or store closures (20%).

There are few (10%) who look at this as an opportunity and feel there will be increase in sales in the future.

Not only do UAE professionals see a bleak future for their businesses but most of them (88%) feel the Coronavirus will have a large to moderate impact on the country’s overall economy. One in ten (10%) however, reckon the impact will be minor or none at all.

YouGov will continue tracking the impact of the virus on the business community and release new data next week. 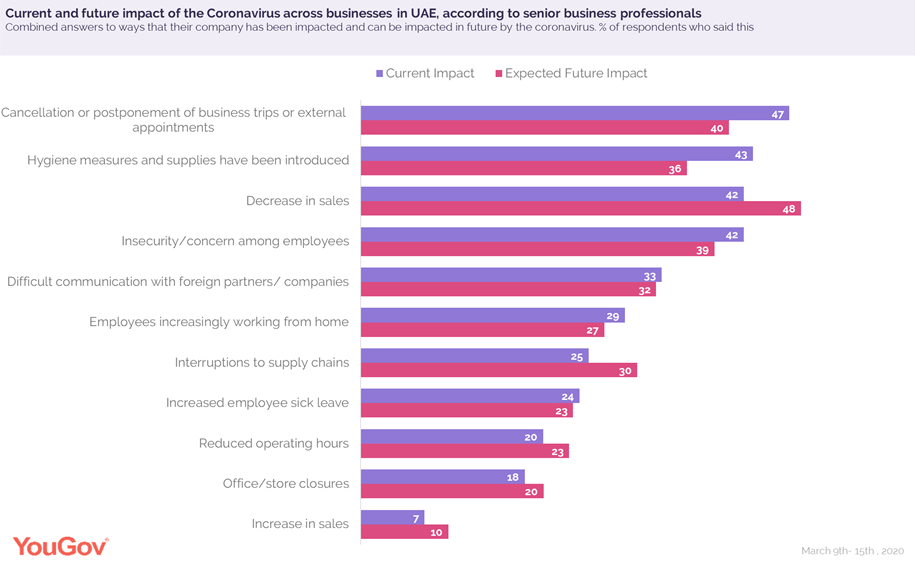 Data collected online by YouGov Omnibus among 220 respondents in the UAE with designations of senior business managers and above between 9th and 15th March 2020 using YouGov’s panel of over 6 million people worldwide. Data is representative of the adult online population in the country.