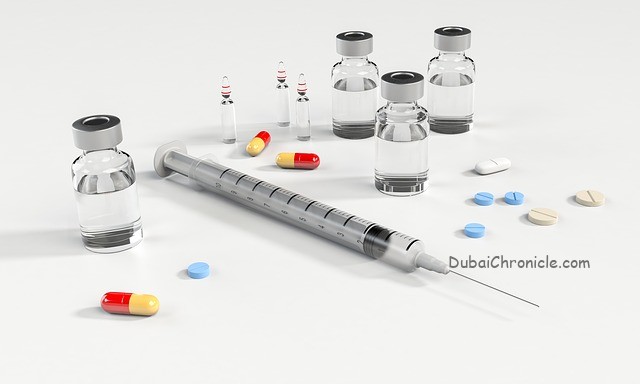 The Chinese Center for Disease Control and Prevention reported on February 20 that the novel coronavirus illness known as COVID-19 has now infected nearly 75,000 people and that the number of fatalities in China has doubled since February 11, from 1,016 to 2,118. Amid uncertainty about the course of the outbreak, researchers in academia and industry are using a variety of approaches in their urgency to develop a vaccine that will work to contain the virus.

When COVID-19 came on the scene, David Weiner, the director of the Vaccine & Immunotherapy Center at the Wistar Institute in Philadelphia, and his group were already part of a project led by pharmaceutical company Inovio to develop a DNA-based vaccine for Middle East Respiratory Syndrome (MERS), which is caused by a coronavirus. The Coalition for Epidemic Preparedness Innovation (CEPI), whose mission is to accelerate development of vaccines in epidemic situations, funds that project and reached out to Inovio and Weiner to discuss extending the collaboration to vaccine development efforts for the new coronavirus. They agreed and CEPI announced the expanded funding—up to $56 million—on January 23.

“We had been paying very close attention to the [COVID-19] cases increasing over Christmas in China,” Weiner tells The Scientist. As soon as the COVID-19 genetic sequences became available in January, Weiner’s team, and collaborators from Inovio, Université Laval, the National Institutes of Health’s Rocky Mountain Laboratories, and elsewhere, started designing DNA cassettes that encode proteins of SARS-CoV-2, the virus that causes COVID-19.

Their basic approach to vaccine design is to change the nucleotide sequences of these genes to modify the predicted mRNA structures for optimal expression once inside people so that these transcripts abundantly produce the antigens people’s immune systems will recognize. The DNA is injected intramuscularly, then brief electric pulses applied to the site via small needles make the cell membranes more permeable to the genetic material. Then the human cells make viral mRNA and protein from the construct, thereby priming the immune system to fight the virus.

No one can really be sure what will work, but you tend to want to focus on things that are important for [cellular] entry.

When the group at Wistar and their collaborators went through a similar process for MERS, they chose about 14 different viral proteins and put their corresponding genes together in different combinations that they tested for effectiveness in different cell types. In that case, they went through all the steps, from synthetic DNA to a Phase 1 clinical trial, in about 11 months. The results, published in 2019, showed immune responses to the vaccine, such as the production of neutralizing antibodies and the activation of cytotoxic T lymphocytes, also known as killer T cells. There were no serious adverse events, and a Phase 2 trial is in the works.

In terms of choosing which viral proteins will produce the best immune response, “no one can really be sure what will work, but you tend to want to focus on things that are important for entry,” Weiner says. For instance, the spike proteins that are common to coronaviruses are a good place to start.

“Having the genome sequence allows you to design vaccines for this that are likely to work [based on] what we know about other coronaviruses. The genome sequencing is absolutely crucial,” says Rachel Roper, a biologist at East Carolina University and former program director for the British Columbia Severe Acute Respiratory Syndrome (SARS) Accelerated Vaccine Initiative who is not currently involved in COVID-19 vaccine development.

In the same January 23 announcement, CEPI formalized funding for two other COVID-19 vaccine development projects: an unspecified amount to a collaboration between the National Institute of Allergy and Infectious Diseases (NIAID) and Moderna, a biotech company based in Cambridge, MA, for the development of an mRNA-based vaccine, and up to $10.6 million to the University of Queensland. The Australian team is working on a vaccine composed of synthetic viral proteins with an added stabilization domain called a molecular clamp. The idea is that by holding the synthetic proteins in the conformation that so-called viral fusion proteins maintain before they merge with a host cell, the molecular clamp allows for better recognition of these proteins by the host immune system, leading to greater vaccine efficacy.

On February 18, the Biomedical Advanced Research and Development Authority (BARDA), part of the United States Department of Health and Human Services, and pharmaceutical company Sanofi Pasteur publicized a collaboration to develop their own version of a recombinant protein–based vaccine. Sanofi is already the maker of Flublok, an influenza vaccine built on this approach that is licensed in the US. BARDA will also collaborate with pharmaceutical company Janssen on a project to develop a COVID-19 vaccine.

The need for speed

On January 31, CEPI announced another funding expansion of up to $8.3 million, this time to CureVac, a German pharmaceutical company that also develops mRNA-based vaccines. CureVac was already in the midst of a three-year, $34-million award from CEPI to develop an mRNA printer capable of producing thousands of doses of mRNA vaccine encapsulated in lipid nanoparticles.

“For situations like this one—where you have an outbreak of something that is brand new . . . that was not known to infect humans before—you can then immediately take the code and use the platform that we have to quickly make a vaccine against that virus,” says Lidia Oostvogels, a vice president and area head of infectious diseases at CureVac. “We just need to make messenger RNA, so that is an advantage in an outbreak situation.”

The CureVac team is choosing the viral targets for its mRNA vaccine based on past success. A study the team did in mice for testing a MERS vaccine showed that the technology did induce antibodies against the MERS coronavirus, so they’re starting with what worked then. And to move more quickly, they’re doing things in parallel that they normally would do sequentially. They’ve produced the different candidate vaccines that they’ll test in mice soon, but they are also simultaneously making corresponding candidate vaccines that are of the quality for clinical studies in humans.

“We are making several different candidates because of course we cannot predict exactly which one will be the best,” Oostvogels told The Scientist. She acknowledges that they will likely end up throwing out some of their options, but acting in parallel will help them to move into Phase 1 clinical trials as early as the beginning of summer. Then, they might have an idea about whether the vaccine induces an immune response by the end of the summer.

It’s not predictable whether the novel coronavirus will spread even further, fade away as SARS did, or perhaps become seasonal like the flu, says Oostvogels. In the case of a seasonal virus, researchers might be able to take more time, on the order of years, to develop a vaccine. It depends “how this disease develops and how this epidemic develops. That will guide how authorities and developers will bring this to the population.”

Oostvogels team has shown for other viruses that very low amounts of mRNA packaged in nanoparticles and injected into mice are translated into protein that is able to induce a functional immune response, she adds. “This makes us very hopeful that we would be able to also produce large quantities of the vaccine. If this is a global health threat and you need to vaccinate large parts of the population, you need to have lots of vaccine. It is a lot of work, but it is important and people are dying.”

Another challenge to vaccine development is that the degree of immune response can vary, and it’s not always clear what type of immune reaction will benefit people during infections. Previous work showed that levels of neutralizing antibodies present in MERS patients did not necessarily correlate with the degree of killer T cell responses or outcomes. Because little is known about COVID-19, it’s not clear yet what readouts will best predict vaccine success.

“It’s a great idea to pursue multiple strategies and platforms because we really don’t know what will work best,” Roper says. As such, there are numerous other vaccine endeavors, including testing already existing MERS vaccines to determine their effectiveness for the new coronavirus and a vaccine candidate developed in a collaboration between scientists at NIAID and Oxford University.

Abby Olena is a freelance journalist based in Alabama. Find her on Twitter @abbyolena.