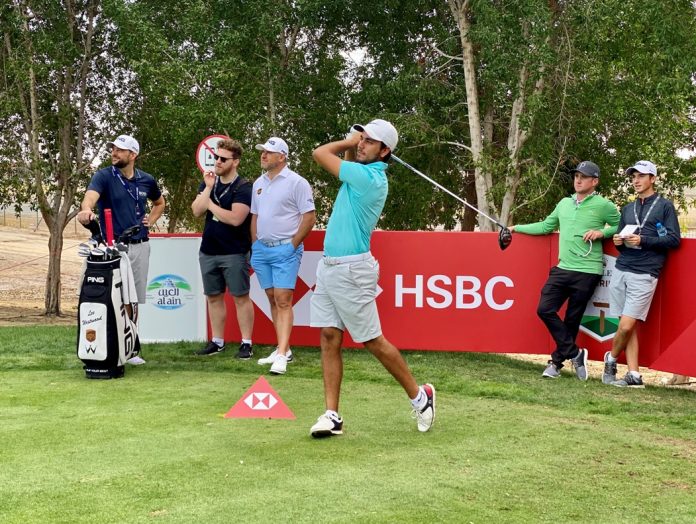 It’s championship time across the United Arab Emirates (UAE) golf world and with the Abu Dhabi HSBC Golf Championship presented by EGA starting this weekend, January 15th – 18th, 2020, the UAE will have their eyes on National Golf Team Member Ahmad Skaik. Ahmad will be one of three amateur golfers teeing it up this weekend alongside the likes of World Number 1 Brooks Koepka and European Tour favorite Tommy Fleetwood. After battling a fever the past few days, Ahmad made it out for a practice round on Tuesday and is ready for his European Tour debut.

Ahmad had this to say about his game and the upcoming weekend, “I feel that my game is in a good place right now, I know this course well and I feel comfortable. Once I get settled in, I’ll be able to launch my driver and that will make me gain more confidence. I took the last few days off because I was battling a fever but I’m feeling a lot better and ready for this weekend.”

Due to being sick the last few days, Ahmad missed out on playing with World Number 1 Brooks Koepka but Ahmad had the pleasure to play with European Tour veteran Lee Westwood during Tuesday’s practice round.

“I was gutted that I couldn’t play with Brooks but I needed to rest and get ready for the weekend. Also playing alongside Lee today [Tuesday] was amazing. Lee has so much experienceand knowledge, I really enjoyed my time around the golf course with him.

Being Skaik’s first European Tour event he is looking to take in the experience and learn from the environment around the tournament. Making the cut will always be on his mind but he doesn’t want to put too much pressure on himself.

Ahmed will be paired with Richard Bland and Graeme Storm for the first two rounds starting at 13:25 on Thursday and 09:00 on Friday. Come out and support!

The next two weeks will be busy for the golf scene in the UAE with this weekend’s event followed up by next weekend’s Omega Dubai Desert Classic at Emirates Golf Club. For more information on the upcoming championships and schedule of events head to the European Tour website at www.europeantour.com.