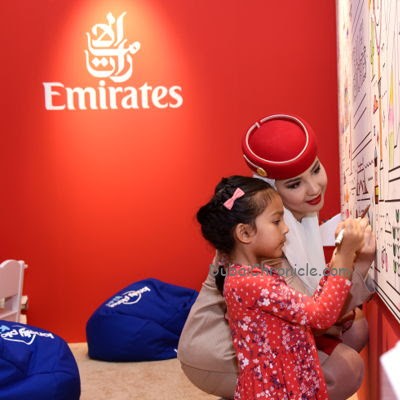 Airline brings in 175 authors from over 30 countries to debate, discuss and engage audiences

Emirates’ commitment to supporting initiatives across the culture and arts spectrum in Dubai will culminate tomorrow at the 11th edition of the Emirates Airline Festival of Literature. The airline continues to support the Festival’s aim of revealing the world in words, bringing books and ideas to a wide audience, encouraging the lively exchange of thoughts and opinions, and stimulating open and fruitful debate.  Emirates will be bringing in 175 authors from over 30 countries to Dubai to help lead the discussions over the next nine days.

This year, the airline will be delivering unique experiences for visitors of all ages at the festival, and its employees will also pitch in as part of the festival’s 300 volunteers.

Emirates will be showcasing its Economy Class cabin at the festival, with a special focus on cool new features such as playlist synching. Emirates introduced this function earlier this year to allow customers to create bespoke playlists ahead of their flights by using the airline’s app and sync it to their seats once onboard. Showcasing its expertise in family friendly travel, Emirates will feature a colouring wall focusing on its ‘Fly With Me Animals’, which are handed out onboard to little travellers. 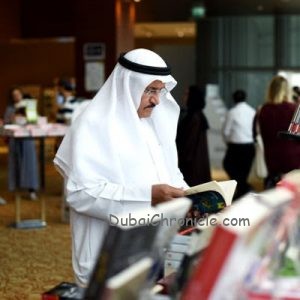 Emirates’ on-ground activations will run on both weekends of the festival at the InterContinental Hotel Festival City.

Each year, Emirates Group employees have the opportunity to participate as volunteers. They lend a hand to support the festival across a variety of roles, from ushering and educational outreach, to moderating author sessions. This year Daniel LeBlanc, Aircraft Procurement for Emirates, and a regular volunteer at the festival, will moderate a session with Cixin Liu, author of The Three-Body Problem and Beyond, as well as Gerd Leonhard, author of Technology Versus Humanity. 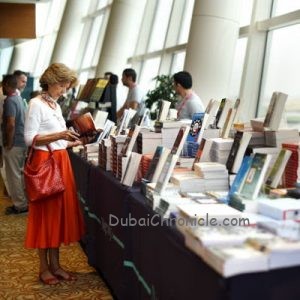 Wiana Cajado, Digital Marketing Executive for Emirates, will be releasing her debut book Pepa & Keca, em Quem viu rimas por aí? The book, published in Portuguese, is a series of poems about the world in the eyes of her daughters, with playfully written snippets of their daily activities. A number of Emirates Group employees have had their books published in different languages, illustrating the creativity, innovation and multiple perspectives that can be found across the organisation.

Emirates has been the title sponsor of the Emirates Airline Festival of Literature since its inception in 2009, and has been key to the growth of this event. The festival allows the airline to engage with the local community in the UAE, unlock further opportunities to enhance the vibrancy of Dubai as a cultural hub and build bridges of understanding between communities and cultures.