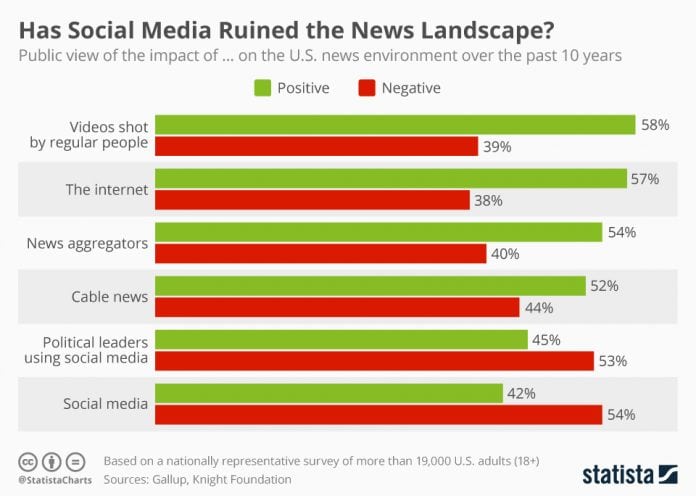 In recent months, public pressure on Facebook and other social media platforms has been mounting to assume some degree of responsibility in the efforts to contain the spreading of false information or “fake news”. In fact, more and more people are questioning whether the benefits of social media in its current form outweigh the problems associated with it. According to a Gallup/Knight Foundation Survey on Trust, Media and Democracy, published earlier this year, the majority of users think that the effect of social media on news landscape has been negative over the past 10 years, with 58 percent of the respondents stating that it has become “harder to be well-informed because people have to sort through lots of information to determine what is true or important”.