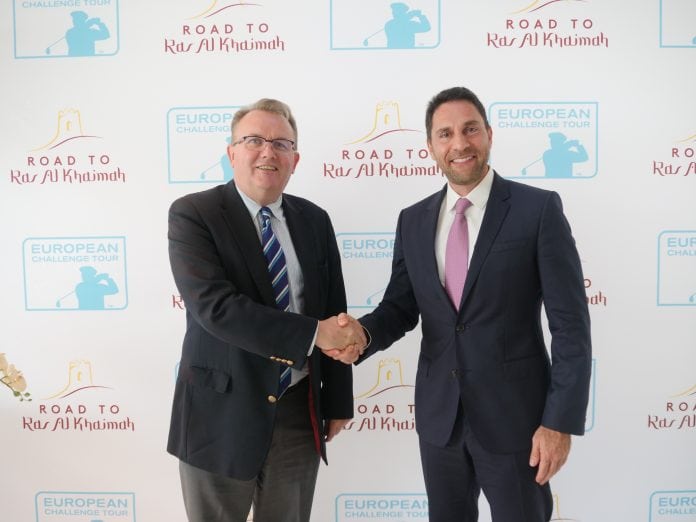 The UAE’s golf scene received another huge boost with the announcement that Ras Al Khaimah is to become the destination for the pivotal event of the European Challenge Tour season.

The Ras Al Khaimah Challenge Tour Grand Final will mark the climax of the European Challenge Tour season at the stunning Troon Golf-managed Al Hamra Golf Club from Wednesday October 31 to Saturday November 3 which will offer competitors the chance to graduate to the European Tour – as well as a prize fund of US$515,000.

As part of a three-year agreement, the Challenge Tour’s season-long Rankings will now be known as the ‘Road to Ras Al Khaimah’ with players competing throughout the 29-event season to try to win a spot in the elite field at Al Hamra Golf Club.

Only the top 45 ranked players will be eligible for the season finale which will offer a truly life-changing reward for those finishing inside the top 15 in the Road to Ras Al Khaimah Rankings at the conclusion of the tournament.

Those players will be promoted to play on the European Tour alongside the likes of Justin Rose, Henrik Stenson and Ian Poulter the following season while an additional ‘Road to Ras Al Khaimah Bonus Pool’ of US$100,000 will be divided between the top three in the Rankings.

It is a worthy ‘upgrade’ for the tournament after the hugely successful running of the Ras Al Khaimah Golf Challenge, which was the penultimate event on the schedule, for the past two years.

“After hosting the penultimate Challenge Tour events in Ras Al Khaimah for the last two years, we are delighted to now host the Grand Final of the Challenge Tour Road to Ras Al Khaimah in October,” said Haitham Mattar, CEO of Ras Al Khaimah Tourism Development Authority. “Sports and adventure tourism is key to Ras al Khaimah’s tourism development strategy and this prestigious golf event is an important addition to our events calendar that will inspire more golf enthusiasts to play where the pros play.

“High profile events of this nature also help us attract an increasing number of international visitors and UAE residents who also want to experience everything Ras Al Khaimah has to offer. With our unique natural landscape of pristine beaches, terracotta desert and the UAE’s highest mountain range we cater to those looking for luxurious relaxation, culture or adventure. With the recent opening of Jebel Jais Flight: The World’s Longest Zipline in the stunning Hajar Mountains visitors will also have the opportunity to tick off a truly bucket list experience.

“Our hotel portfolio which includes high-end, luxury properties as well as family focused resorts is well placed to accommodate the visitors coming in for the Golf and with plans to significantly grow our choice of accommodation over the next five years, Ras Al Khaimah is truly a great place to combine watching sport with an exciting stay.”

“We firstly extend our thanks to Ras Al Khaimah Tourism Development Authority and especially to Haitham Mattar, the CEO of RAKTDA for all his support.

“The players have all been very complimentary about the Al Hamra golf course since first visiting in 2016 and with the new Troon Golf management team in place we look forward to seeing a golf course presented in an appropriate manner for the top players for the Challenge Tour Grand Final later in the year.

The Challenge Tour’s tagline, ‘Where Heroes are Made’ is an appropriate one. Major winners including Henrik Stenson, Justin Rose, Martin Kaymer and Brooks Koepka have all come through the European Tour’s development Tour. More recent graduates include Tyrrell Hatton in 2013 and Andrew ‘Beef’ Johnston and Byeong Hun An in 2014, both at Al Badia Golf Club and in Oman over the last three years the likes of Dylan Frittelli, Chase Koepka and Thomas Detry have gained promotion to the European Tour.

The Spaniard had two stints on the Challenge Tour, in 2006 and 2008, winning one title each season, and has gone on to win three European Tour titles, including last season’s Scottish Open.

The 2016 Ryder Cup player said: “I believe that the Challenge Tour is the real Qualifying School. I was very grateful for the opportunities it gave me and the way it prepared me for the rest of my career. It taught me what life as a pro was like and it was a nice place to learn the ropes and have an opportunity to work hard and progress to earn my European Tour card.”

England’s Jordan Smith is another player to have benefitted immensely from the springboard the Challenge Tour provided him.

The 25 year old romped to a wire-to-wire victory over the Peter Harradine-designed Al Hamra course in the 2016 Ras Al Khaimah Golf Challenge and after topping the Rankings that year, he went on to secure victory in the Porsche European Open during his rookie season on the European Tour last year.

That win also helped him gain a spot in the season-ending DP World Tour Championship at Jumeirah Golf Estates.

“Performing so consistently with so much on the line was a huge confidence boost and I’ve been fortunate enough to carry that form onto the European Tour,” said Smith. “Everything is going well but there’s not a day that goes by where I don’t think how important my Ras Al Khaimah win was in getting me to where I am today.”

The Ras Al Khaimah Challenge Tour Grand Final is another symbol of the Middle East’s growing importance to world golf.

The region already hosts five European Tour events, with the ‘Race to Dubai’ culminating in the season-ender at Jumeirah Golf Estates, while a sixth event is set to join the schedule in 2019 with a new tournament at Royal Greens Golf Club in Saudi Arabia.

The Challenge Tour’s Grand Final was previously hosted at the former Al Badia Golf Club in Dubai in 2013 and 2014 before moving to Al Mouj Golf Club in Oman for the past three years. 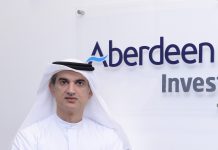