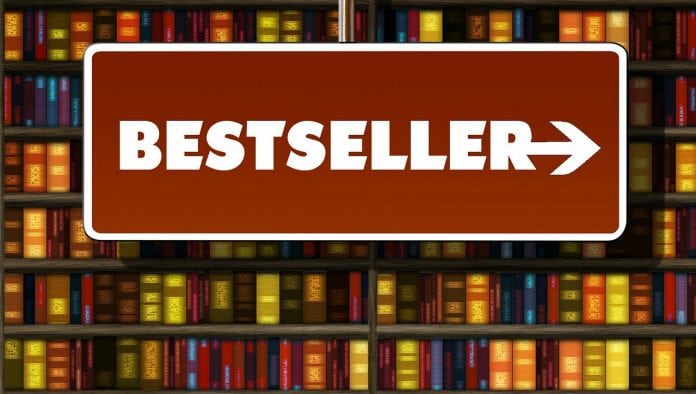 Books that are fiction, thrillers or mysteries, have high initial sales numbers and are released around Christmas are more likely to be bestsellers, according to a study published in the open access journal EPJ Data Science.

A team of researchers from Northeastern University, Boston, used a big data approach to investigate what makes a book successful. By evaluating data from the New York Times Bestseller Lists from 2008 to 2016, they developed a formula to predict if a book would be a bestseller. They found that general fiction and biographies were more likely to make the bestseller list more often than other genres and that those with a higher initial place on the list were more likely to stay on it for a longer amount of time.

Professor Albert-László Barabási, lead author of the study, commented: “The most surprising result was that we found a universal pattern to book sales: all hardcover bestsellers, regardless of genre, follow a sales trajectory governed by the same factors. This allowed us to create a statistical model to predict sales of a book based on its early sales numbers.”

The researchers found that although fiction books sold more copies than non-fiction books, non-fiction titles were more likely to retain their bestseller status once achieved. An example of this was ‘Unbroken’ by Laura Hillenbrand, a non-fiction title that stayed on the bestseller list for 203 weeks, longer than any other book in the study. The fiction title that stayed on the list the longest was ‘The Help‘, which stayed for 131 weeks; this may have been due to a popular film adaption.

Moreover, we would like to let you know that you can listen to two of these bestseller books absolutely for free with a 30-day trial of Audible here. If you are not satisfied with it, you can cancel the trial before the last day.

The author’s evaluated sales numbers and patterns from 2,468 fiction titles and 2,025 non-fiction titles from the New York Times Bestseller Lists 2008-2016 to create their formula for predicting how well a book would sell and whether it would be a bestseller. Three key parameters were found to be important to the formula: the audience, sales numbers from the author to date and time after publication.

Professor Barabási explained: “The analysis of bestseller characteristics and the discovery of the universal nature of sales patterns with its driving forces are crucial for our understanding of the book industry, and more generally, of how we as a society interact with cultural products.”

The authors caution that the formula cannot account for events like awards a book may receive movie adaptations and celebrity endorsements. Although these factors may influence book success, they are relatively rare occurrences.