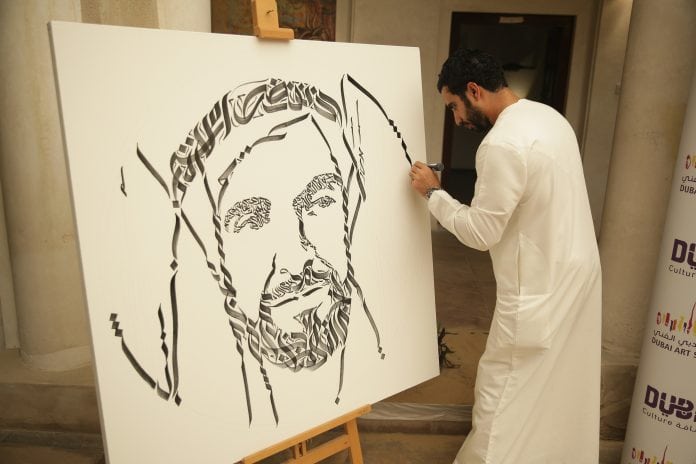 Dubai Art Season is Dubai Culture’s flagship umbrella arts event and holds pride of place in the city’s busy cultural calendar, featuring a two-month citywide activation of arts events including the Emirates Airline Festival of Literature, SIKKA Art Fair and Art Dubai, among hundreds of other creative initiatives and activities across Dubai.

Saeed Al Nabouda, Acting Director General of Dubai Culture, commented: “Dubai Art Season has grown significantly over the years due to the positive response from the public and the Emirate’s artistic community. The increased number of participants, new initiatives and partnerships continues to bring together artists and visitors from around the world for an unmatched celebration of talent, creativity, innovation and cultural diversity. With a rich calendar of flagship initiatives and events, the season also serves to support the country’s cultural development by nurturing and supporting national and local talent, and celebrating the UAE’s flourishing arts and creative scene, in line with Dubai Culture’s efforts to establish Dubai as a global, creative and sustainable city for culture, heritage, arts and literature.”

Dubai Art Season 2018 will kick off with the Emirates Airline Festival of Literature, for which Dubai Culture is the Strategic Partner. Running from 1st to 11th March at the Intercontinental Hotel in Festival City, the festival is the Middle East’s largest and most exciting celebration of the written and spoken word, complementing the UAE’s National Reading Month in March with more than 200 sessions featuring 180 bestselling authors from across the world.

Running at the same time as the Emirates Airline Festival of Literature, Dubai Canvas will return for a fourth edition to showcase Dubai’s unique creative energy and cultural vibrancy by transforming public spaces at La Mer into ‘open-air canvases’ for artists to create and display their work. The unique public art festival brings together works from the world’s leading 3D artists while also providing a platform for other innovative art forms.

On 14th March, Opera Gallery in DIFC will celebrate its 10th anniversary in the region by opening an exhibition of works by the Spanish artist Manolo Valdes. The exhibition will be supported by the Spanish embassy and run for a month, after which five of Valdes’ sculptures will remain in DIFC’s outdoor areas for a full year.

The season continues with Art Week from 17th to 24th March, headlined by the eighth edition of SIKKA Art fair from 17th to 26th March at Al Fahidi Historical Neighbourhood and then Art Dubai — the region’s largest international art fair — from 20th to 24th March. SIKKA, the contemporary, artist-led fair for emerging Emirati, UAE-based and GCC talents, will feature over 40 artworks across a variety of indoor and outdoor exhibitions, art installations, workshops, films, music and performing arts, reflecting Dubai Culture’s commitment to nurturing and celebrating local talent.

Dubai Art Season will also see the return of DIFC Art Nights, for which Dubai Culture is the Cultural Partner this year, and Al Serkal Avenue Galleries Night, which will both take place on 19th March and bring two major areas of Dubai to life with art installations, exhibitions and talent.

The season continues with Van Gogh Alive – The Experience, an acclaimed art exhibition that has been touring the world and will stop off in Dubai from 11th March to 23rd April. Visitors will discover over 3,000 images displayed on walls with high-definition projectors, as well as a specially-curated classical soundtrack that they can enjoy as they immerse themselves in some of Van Gogh’s most famous works.

Additionally, during the art season, music fans will also have the chance to see the World Doctors Orchestra on 22nd March at Dubai Opera, an unmissable event where physicians from around the world will exchange their white coats for evening attire to perform a charity concert in Dubai for one night only.

During the Art Season, Dubai Culture is collaborating with the Burj Khalifa to provide a unique opportunity for emerging designers, light and 3D mapping artists who are part of the Creatopia community to showcase their work on the LED façade of the iconic landmark during March and April. Submissions must be sent to info@creatopia.ae before the 10th March and further details can be found at http://burjkhalifa.ae/en/open-call/.

SIKKA Art Fair 2018 also aims to directly engage the public and Dubai’s artistic community with the returning of the social media campaign called Capture Creativity. The social media Instagram competition, encourages the community to share photos and videos capturing their creative moments during the two-month season. This year, participants in the campaign will have the opportunity to win weekly prizes until the end of April by mentioning @dubaiartseason and using the hashtags #CaptureCreativity and #DXBArtseason18 in their posts.

The full calendar of activities will be announced in due course via dubaiculture.gov.ae.