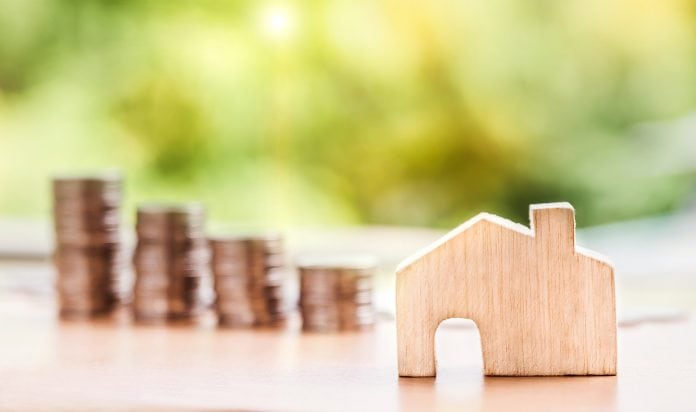 With property prices falling throughout the UAE, strong demand is allowing some communities to hold steady cost-wise, while others are attracting new interest as they become more affordable. Propertyfinder Group reveals the most sought-after areas in its latest edition of Propertyfinder Trends.

Buoyed by the opening of the Dubai Canal, Business Bay prices remained flat and gained interest in apartments, with a 28% YoY increase in leads in October 2017, according to Propertyfinder Trends.

The Springs, a townhouse community, jumped to the #1 most popular place to rent, and the second most popular area to buy, as median asking prices declined 6%.

Getting clued in to where people are looking for property can help investors understand where the hot commodities are, and where there might be some room for negotiation.

To help better understand consumer preference, Propertyfinder rounded up the Top 10 most popular areas in Dubai getting the most interest from property seekers.

“Leads, or people expressing interest in a property, are the core value proposition of Propertyfinder,” says Paul Spargo, Commercial Director. “Our mission is to be the fastest and easiest portal for finding property, as well as the best marketing channel for agents.”

Total leads are up 29 per cent year over year, with interest expressed in a property listing via SMS text on a steady uptick, more than doubling in the last six months.

Here are some takeaways before getting to the charts: 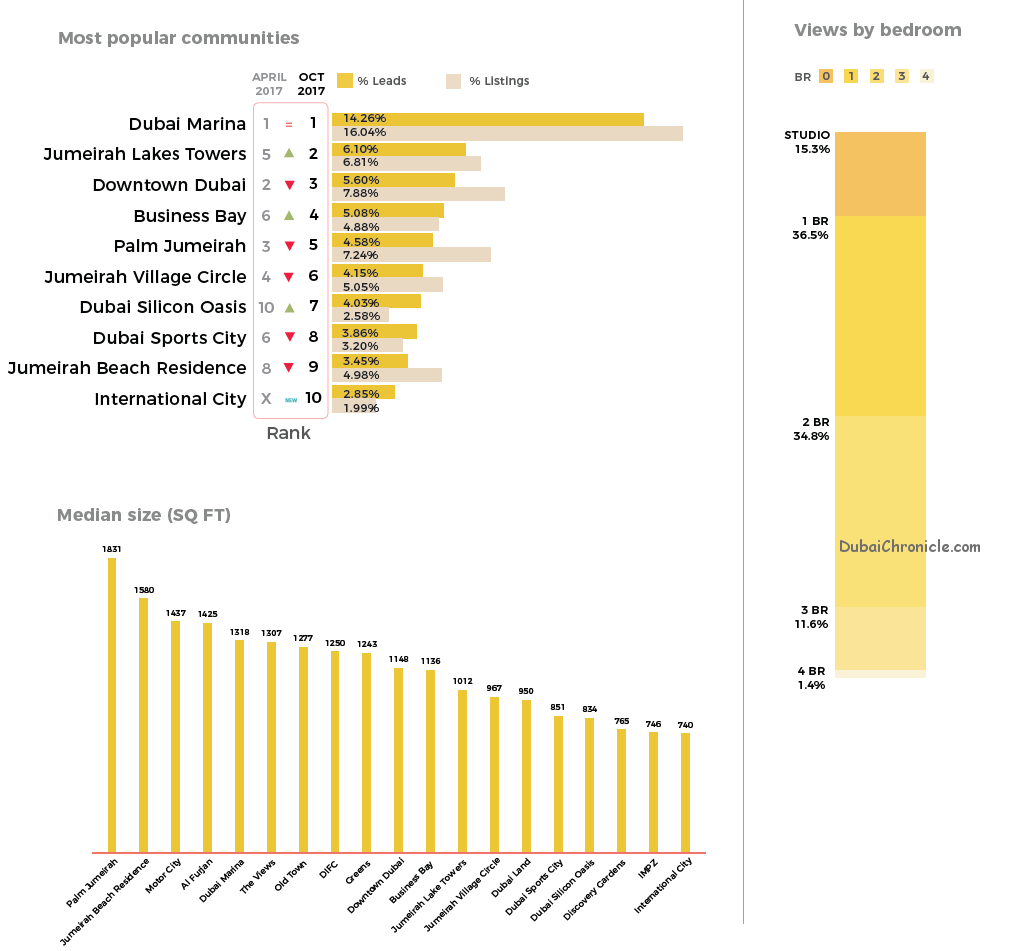 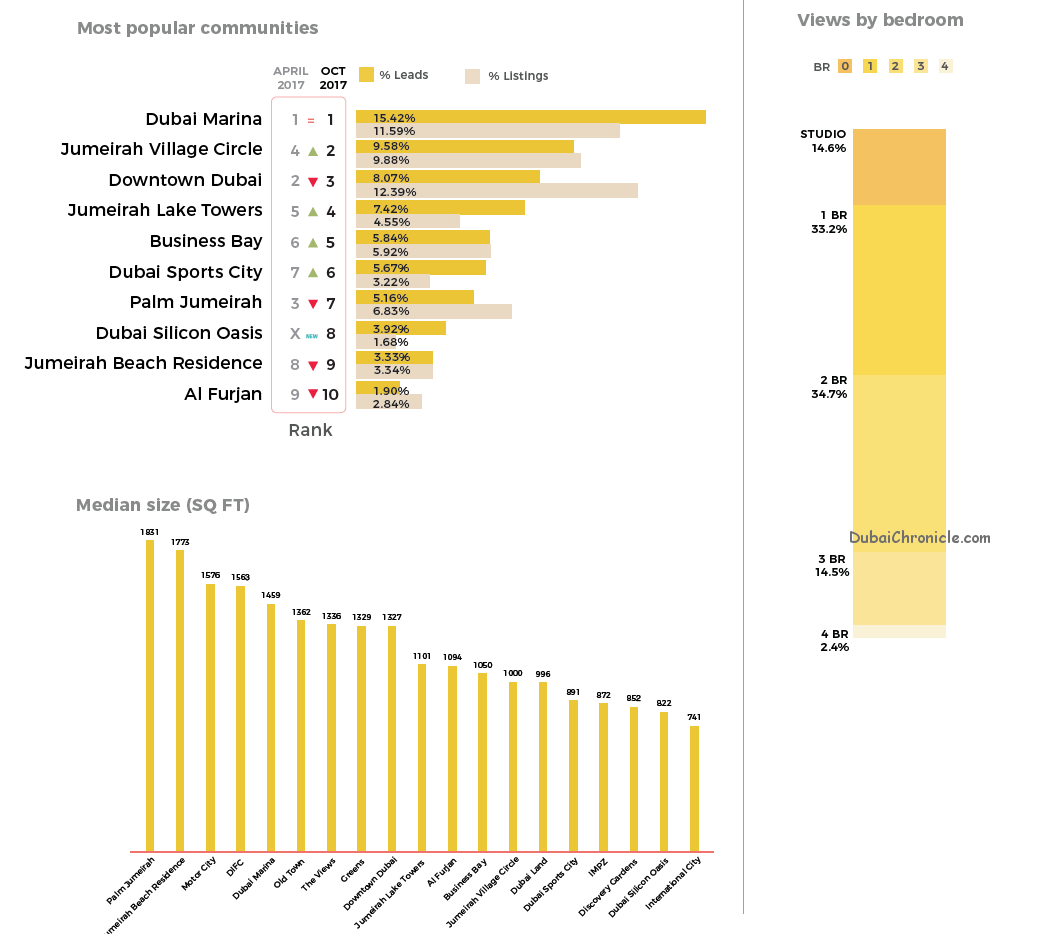 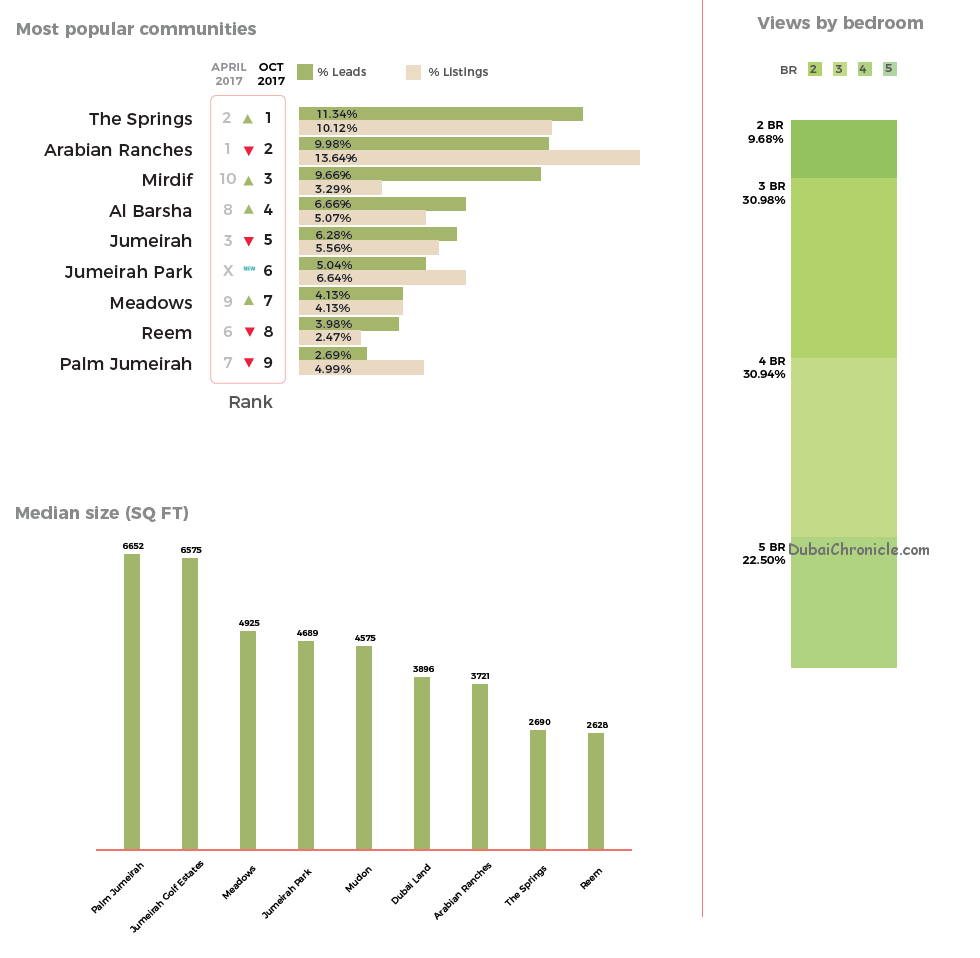 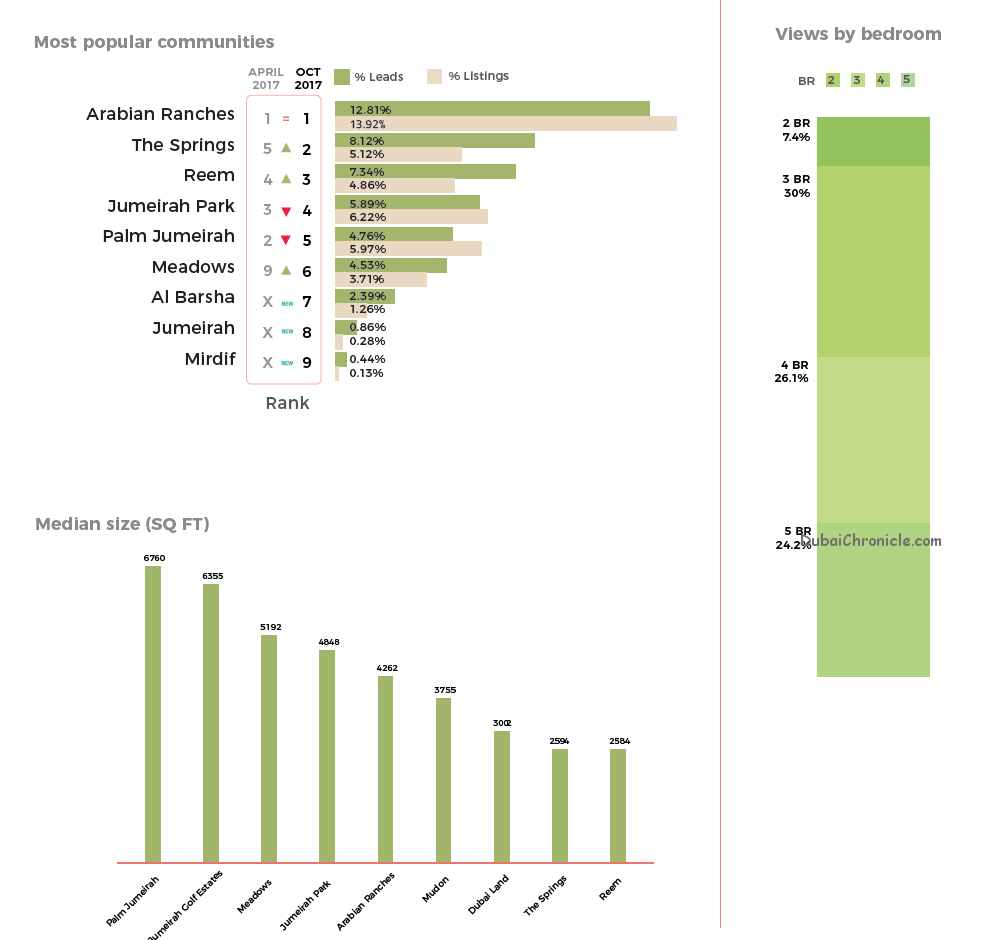