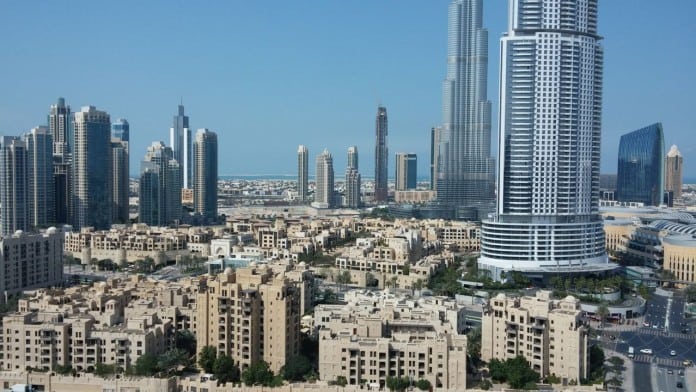 Emaar has announced its intention to proceed with the sale of 20 percent of the existing shares of Emaar Development LLC, its build-to-sell property development business in the UAE via an initial public offering on the Dubai Financial Market.

Mohamed Alabbar, Chairman of Emaar Properties, said the company’s strategic focus is on creating long-term value for its shareholders. “The partial listing of Emaar Development and the proposed special dividends to be distributed from its proceeds highlight the continued value that we bring to our shareholders. The confidence of our stakeholders and investors in our capabilities is our inspiration and driving force, as we continue to focus on creating premium real estate assets and strengthen our shopping malls and hospitality businesses.”

He added: “The impressive growth in sales of our Dubai residential property launches this year puts us in a strong position to generate strong cash flows for the coming years. The sustained demand for projects in Dubai is a strong indicator of the investor trust in Dubai, which is today one of the fastest-growing hubs for business and leisure, led by the guidance and strategic vision of His Highness Sheikh Mohammed bin Rashid Al Maktoum, UAE Vice President and Prime Minister and Ruler of Dubai. With several mega-developments in various stages of development, we will continue to create iconic projects that add to the pride of the city.”

A highlight of Emaar’s impressive growth this year has been the surge in sales of residential property in Dubai, which increased by 32 percent over the same period last year to AED 15.361 billion (US$ 4.182 billion). Emaar now has an impressive domestic sales backlog of AED 40.806 billion (US$ 11.110 billion) with an expected net cash flow to Emaar of about AED 18 billion (US$ 4.9 billion).

Having delivered over 34,500 residential units in Dubai since 2002, Emaar has over 24,000 new developments under construction across eight master-planned projects in prime locations with over 80 percent of these units already sold.

This year, Emaar recorded sustained growth in demand for its residential sales in Dubai Creek Harbour, Dubai Hills Estate, Emaar South, Downtown Dubai and Arabian Ranches II. The company has also purchased a prime water front land in Dubai Harbour, the master-planned development recently announced by His Highness Sheikh Mohammed bin Rashid Al Maktoum, UAE Vice President and Prime Minister and Ruler of Dubai. The land is well-positioned between Jumeirah Beach Residences and The Palm Jumeirah measuring about 950,000 sq ft with about 10 million sq ft GFA. Emaar will build a series of elegantly designed high-rise residential apartments overlooking the Arabian Gulf in addition to a hospitality project to be operated by its Address Hotels + Resorts, which will also have branded residences.

Emaar’s total property sales including international operations in the first nine months of 2017 was AED 17.638 billion (US$ 4.802 billion) with an expanding total backlog of AED 50.543 billion (US$ 13.761 billion). To date, Emaar has handed over 44,200 residential units in Dubai and international markets.

Strengthening its malls portfolio in Dubai, Emaar has announced the launch of ‘Dubai Hills Mall,’ a family retail district located in the heart of Dubai Hills Estate. A regional retail and leisure destination scheduled to open in late 2019, Dubai Hills Mall will have a gross leasable area (GLA) of over 2 million sq ft. It will be home to more than 750 outlets including a range of ‘fast fashion’ retail and F&B choices featuring a wide array of restaurants and cafes.

The hospitality & leisure, commercial leasing and entertainment businesses of Emaar recorded a revenue of AED 1.944 billion (US$ 529 million) during the first nine months of the year, similar to the revenue during the same period in 2016. 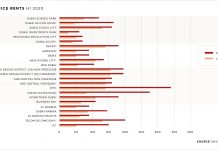