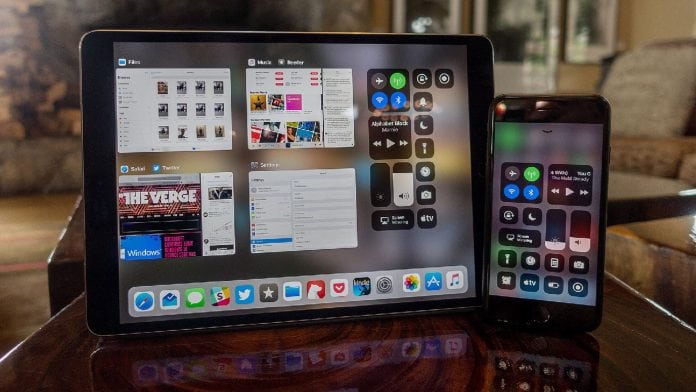 Most latest generations iPhone and iPad devices should be capable of downloading it now. Simply head over to the Settings panel and check for a software update under the General tab. Be sure you have enough space for iOS 11 download or review your photo archive to free some. For those who have been part of either the developer or public beta process, you’ll likely already have the finalized iOS 11 and shouldn’t need to do anything.

iOS 11 was first unveiled in details back at Apple’s WWDC back in June. It offers more than incremental annual refresh as it hides some impressive complexity under the surface. Not only does it add some neat features to iOS for the first time, like ARKit capabilities for augmented reality and a new Files app, but it also comes with much-needed improvements to Siri; screenshot capture and editing; and the Control Center, which is now more fully featured and customizable.

For iPads, iOS 11 is more of an overhaul. The software now better supports multitasking so you can more easily bring two apps into split-screen mode, or even add a third now. The new drag-and-drop features are also much more powerful on iPad, letting you manage stuff in the Files app more intuitively and even letting you drag and drop photos and text from one app to another.

A lot of these features will need more fine-tuning and third-party developer support before they become central features most iOS users will enjoy. But they’re strong steps toward further unifying Apple’s mobile interfaces across screens of all shapes and sizes, helping iOS devices better compete against those with built-in keyboards.