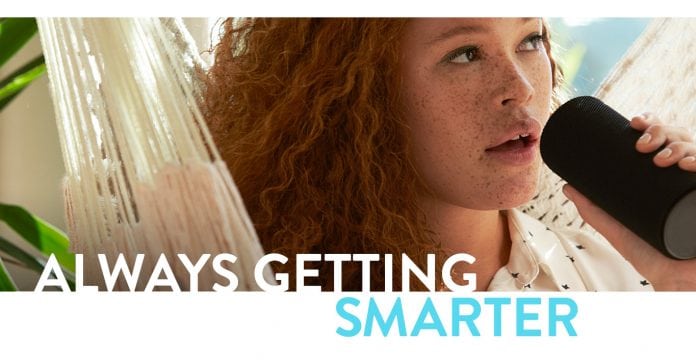 Alexa usage has been skyrocketing – jumping 325 percent in monthly active users – that is, from 0.8 million to 2.6 million monthly users. In addition, its user engagement also increased from 10 percent to 22 percent during the same time frame.

Microsoft’s Cortana has seen an increase as well, growing from 0.2 million monthly users in the U.S. to 0.7 million, or a 350 percent increase. Its user engagement tripled, from 19 percent to 60 percent.

Siri remains the most popular virtual assistant with 41.4 million monthly active users in the U.S. alone.  It has seen a 15 percent decline since last year – or 7.3 million monthly users. A new report from measurement firm Verto Analytics found engagement with Siri has also dropped by nearly half during this period, from 21 percent to 11 percent.

The new report is based on data collected by Verto Analytics from over 20,000 mobile consumers in the U.S. from May 2016 to May 2017. The behavioural data is collected from a statistically representative group of panelists, who agree to have their device usage monitored. This is combined with the firm’s consumer survey data, which helps to better explain user sentiment around the behavior.

Overall, the study found that phone-based personal assistants, Siri and Samsung’s S-Voice, are declining in popularity, while those associated with voice computing in the home, like Alexa and Google Home’s mobile app, are growing.

The company also analyzed which apps were used immediately after the assistant to see why people are using assistants – the assumption being that assistant apps are often used to search for apps or websites.

Chrome, Google Maps and the Google Play Store were the top three apps used, which is likely due to the high number of Google-owned personal assistant apps in the ecosystem. Outside of Google, the other top apps launched after assistant usage were Facebook, Messages, and Safari, which points to Apple device users taking some advantage of Siri for everyday tasks, like messaging and web browsing.

Assistant usage was found to peak at 10 AM and 1PM, and it also sees a steady climb from 2 PM to 7 PM before dropping off in the evening. This seems to indicate how people often use personal assistants while moving from place to place, or to launch apps like Google Maps while commuting.

In addition, the study found that women use personal assistants slightly more than men do, with 54 percent of the total user base.

Also of note, older age groups have heavily adopted assistants – in particular, the 45-54 and 55+ age groups. In fact, the demographics of an assistant “superuser,” someone who spends twice the amount of time with personal assistants on a monthly basis than average – is a 52-year old woman, spending 1.5 hours per month with assistant apps.

Because Verto Analytics analyzed only mobile use of assistant apps on smartphones, like Siri, Alexa, and other Google-owned properties, for example, it doesn’t paint a full picture of the voice assistant landscape.

It skipped over calculating usage of the Google Search app, too  – that’s Google’s flagship application, which includes voice features. Google searches and other assistant tasks like setting reminders, can be done using either text or speech. Verto may not be able to tell when it’s used as an assistant, or by voice. Still, it’s likely a popular place for voice assistant usage that isn’t being addressed here.

Plus, Amazon’s Alexa app isn’t really used as a way to interact with the assistant, but more so as a control center for configuring and interacting with Echo devices. The same goes for Google Home. Siri, meanwhile, can be used on mobile but also on Mac, and soon, HomePod.

However, this report doesn’t get into assistant usage in the home or on desktop, only mobile.