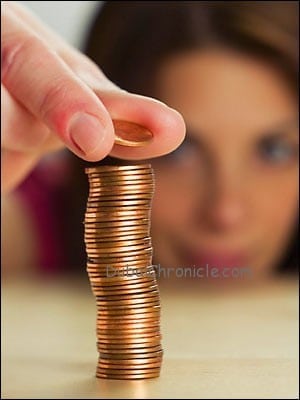 Minor indulgences are the top five reasons why young people can’t save money. Older generations spend on the same temptations but significantly less.

They also spend on average 25 percent more on meals than older generations, and also on cell phone charges and digital subscriptions.

Millennials are falling victim to common financial vices, such as spending money in coffee shops. There are at least five Starbucks in The Dubai Mall alone, let alone the rest of the coffee franchises.

Often, it’s the minor, habitual expenses, such as take away meal, that eat up your budget. Preparing meals at home and brewing your own coffee can add up to big savings. Some 59% of all age groups say they don’t purchase any brewed coffee or tea in a typical week and 40% say they buy take-out or dine at a restaurant no more than once per week. But that doesn’t mean they’re all cooking at home.

In fact, the number of phone and internet orders for restaurants increase rapidly on annual basis. Some 50% of digital orders come at dinner time, while 35% includes parties with kids. People younger than 35 and those with higher household incomes are among above-average users of digital ordering with apps and through websites.

Restaurant food is still the No. 1 thing that people spend their money on. They spent also huge amounts of their budgets on restaurant food, less on groceries and even less on entertainment.

Eating prepared food can also be bad for your health. People have less control over what goes into their meals when they order in. For example, ready meals are usually high in sodium and sodium is not good for your metabolism. So it’s difficult to reduce your daily sodium intake if you don’t cook your own food, or if you eat pre-made sauces or meals.

Young people also have bigger problems. They shoulder more loan debt than any other generation and face house prices that are far higher than their parents did at their age in a post-recession environment of stagnant wages. And spending no more than 30% of their income on rent or a mortgage, which was deemed a golden rule for decades, is now almost impossible for many young people.

Many young people also lack any emergency savings, according to a separate Bankrate survey released last week. However, younger millennials (those aged 18 to 26) appear to have learned from the lessons of their older siblings: They have the highest propensity to have enough to cover 3 to 5 months of expenses (31%).