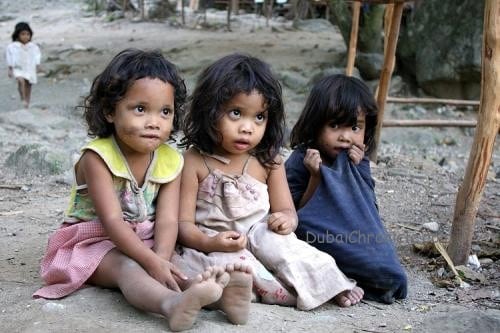 The Poverty and Shared Prosperity Report 2020 (PSPR2020) reported that COVID-19 was likely to push between 88 and 115 million people into extreme poverty—those living under $1.90-a-day—around the globe in 2020 (also see our related blog). These estimates were based on growth forecasts from the Global Economic Prospects (GEP) from June. We will update these numbers following the next GEP release in January 2021. In this blog, we analyze the robustness of these headline estimates to using growth forecasts from other sources—in particular, the World Bank’s October-2020 Macro Poverty Outlook (MPO) and the IMF’s October-2020 World Economic Outlook (WEO)—and to varying assumptions about the impact of COVID on inequality.

The fast-evolving nature of the pandemic has meant significant revisions of growth forecasts. These revisions have consequently changed our estimate of the COVID-19-induced new poor. Whereas our first estimate from April this year suggested between 40 and 60 million new poor, in June we updated this to between 71 and 100 million, and last month we further updated this to between 88 and 115 million. Some of these differences, especially between the estimates in June and October, were due to the change in the underlying poverty data, but most of the changes come from updates to the macro growth forecasts. For example, comparing the two WEO rounds from this year, the added number of poor more than doubles from 62 million using the April vintage to 131 million with the October vintage. Figure 1 compares the estimates of the COVID-19 induced poor that we have reported over the last half a year, together with the regional decomposition. The regional growth forecasts, particularly for South Asia, have become more depressed due to the spike in COVID-19 cases in the latter part of the summer. Whereas using the April WEO forecast suggested a total of 62 million new poor globally in 2020, the October forecasts suggests that there will be between 78 million (using the MPO forecast) and 82 million (using the WEO forecast) new poor in South Asia alone.

The various estimates we reported above reveal the truly uncertain environment we currently live in. Additional variation in the estimated new poor can arise if we relax an assumption implicit in all estimates above; that everyone within a country is losing income or consumption at the same rate from COVID-19, implying no change in inequality. In Figure 2, we present estimates of the new poor with different growth rates and with different assumptions about how COVID impacts inequality. The growth forecasts we use are derived from the various growth vintages that have been available through the course of this year from the GEP, MPO, and WEO. For inequality changes, we increase/decrease the Gini index by either 1% or 2% in 2020 for each country. Each cell of the figure presents an estimate that combines a growth vintage with a scenario that changes inequality. We expect the number of poor to increase as we increase inequality holding growth fixed (i.e. moving from left-to-right in the same row). Likewise, as the growth outlook has worsened, moving up from the bottom of the chart progressively increases the number of new poor in most cases.

Using the October growth forecasts with no change in inequality results in between 125 and 131 million new poor (these estimates are reported in rows 1 and 2 of the 3rd column). But the distribution-neutral assumption might be too strong (more on that below). A 1% increase in the Gini index in each country in 2020 would increase the additional poor by around 15% in 2020 (144 million using MPOs and 152 million for WEO). A 2% increase in the Gini would result in an almost 30% increase (161 million for MPO and 170 million for WEO). Figure 2 also reports regional projections of new poor for 2020. A 2% increase in the Gini index and using the October MPO forecast would increase the additional poor in Sub-Saharan Africa by a third , from 32 million with constant inequality to 42 million using the October MPO in 2020. This unprecedented global shock could very well have a larger negative impact on inequality. If that were the case, we should expect an even larger increase in the number of new poor. At the same time, it is important to stress that appropriate government policy can dampen this impact. However, even our most optimistic scenario with a 2% reduction in the Gini index in each country would still imply an increase in extreme poverty by between 90 and 99 million using the most recent growth forecasts.

The changes in inequality that we simulate are not atypical of year-to-year changes observed over the medium and long-term. The worst historic increases in the Gini index would be larger for most regions, ranging from just under 2% per year in Latin America and the Caribbean to around 4% in South Asia.[2] At the same time, it is obviously a strong assumption that all countries’ inequality changes at the same rate, and it is not clear what these historic changes can tell us about such an unprecedented shock that is COVID-19. The emerging evidence on the impact of COVID-19 on inequality suggests that our inequality increasing scenario might be conservative, though little is known about the impact on the poorest countries. Exploiting variation in telework ability with income, the recent World Economic Outlook estimates that COVID-19 increases the average Gini index for emerging market and developing economies by more than 6%, with a an even larger impact for low-income countries. The average increase in the Gini index for EU countries has been estimated at 3.5% with a 2-month lockdown, rising to 13.5% with an additional 6-month partial lockdown. For four Latin American countries, a recent paper suggests that COVID-19 would increase the Gini index between 3.5% and 7.4%, which could be considerably lower with social assistance (increases between 0.6% and 4%). These estimates are all considerably larger than the increase in inequality during past pandemics (estimated to be around 1.25% five years after the pandemic), which underscores the fact that a pandemic of such a global scale as COVID-19 is truly unprecedented in modern times.

We gratefully acknowledge financial support from the UK government through the Data and Evidence for Tackling Extreme Poverty (DEEP) Research Programme.