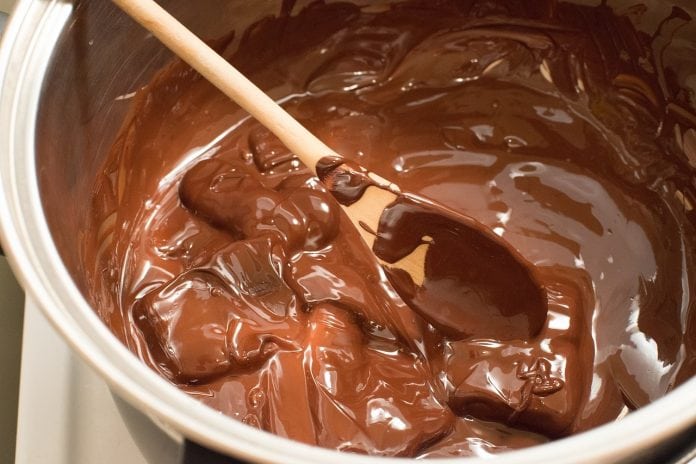 Today is the World Chocolate Day which also sometimes referred to as International Chocolate Day. Its observance occurs globally every year on July 7. Naturally, celebrations of the day include eating chocolate and cocoa in large quantities.

It has been stated that 7 July 2017 marks 467 years since chocolate was introduced to Europe. However, the World Chocolate Day observations have been recorded as early as 2009.

To mark the World Chocolate Day we are looking at the latest research investigating the acute effect of cocoa flavanols. Most studies point towards a beneficial effect on cognitive performance. Participants reported improvements in their working memory performance and better visual information processing after having had cocoa flavanols. And for women, eating cocoa after a night of total sleep deprivation actually counteracted the reduced accuracy in performing tasks that such a night brings about. So, eating chocolate or drinking cocoa can help people who suffer from chronic sleep deprivation or work shifts.

It has to be noted though, that the effects of chocolate depend on the length and mental load of the used cognitive tests to measure the effect of acute cocoa consumption. In young and healthy adults, for example, only a high demanding cognitive test uncovered the subtle immediate behavioral effects that cocoa flavanols have on this group.

The effects of relatively long-term ingestion of cocoa flavanols (ranging from 5 days up to 3 months) has generally been investigated in older people. It turns out that for them cognitive performance was improved by a daily intake of cocoa flavanols. Factors such as attention, processing speed, working memory, and verbal fluency were greatly affected. These effects were, however, most visible in older adults with a starting memory decline or other mild cognitive impairments.

In their recent review published in Frontiers in Nutrition, Italian researchers examined the available literature for the effects of acute and chronic administration of cocoa flavanols on different cognitive domains. The authors arer Valentina Socci and Michele Ferrara from the University of L’Aquila in Italy. “This result suggests the potential of cocoa flavanols to protect cognition in vulnerable populations over time by improving cognitive performance. If you look at the underlying mechanism, the cocoa flavanols have beneficial effects for cardiovascular health and can increase cerebral blood volume in the dentate gyrus of the hippocampus. This structure is particularly affected by aging and therefore the potential source of age-related memory decline in humans.”

So should cocoa become a dietary supplement to improve our cognition? “Regular intake of cocoa and chocolate could indeed provide beneficial effects on cognitive functioning over time. There are, however, potential side effects of eating cocoa and chocolate. Those are generally linked to the caloric value of chocolate, some inherent chemical compounds of the cocoa plant such as caffeine and theobromine, and a variety of additives we add to chocolate such as sugar or milk.”

Nonetheless, the scientists are the first to put their results into practice: “Dark chocolate is a rich source of flavanols. So we always eat some dark chocolate. Every day.”