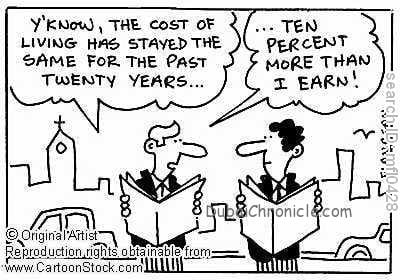 Dubai has long been a popular destination for tourists and mobile workers alike. With a strong economy and numerous opportunities for those looking for work, it is certainly seen to have a bright future ahead of it. Now it has entered the top 20 most expensive cities in the world for expatriate living. Here are some of the potential effects of this.

Dubai is an incredibly popular tourist destination, with an estimated average of 20 million visitors per year by 2020. This has obviously contributed to its economic success and rapid growth of wealth overall.

As costs continue to rise, however, it calls into question how long the upward trend in tourism is set to continue. Some tourists may start to choose alternative destinations if they believe that Dubai will be too expensive, although other Middle Eastern cities are also following the same trend. On the other hand, the average tourist is likely to be undeterred by the rising cost of living, provided they are not staying for an extended period of time.

The fact that living costs are rising is testament to the health of Dubai’s economy, which is clearly growing. Since there is no income tax in Dubai yet, residents will continue to grow in wealth, and their increased spending as a result will undoubtedly provide even greater boosts to the economy.

Strong trade will continue to stimulate growth, and even online trading in global markets is rising in popularity amongst residents. This is perhaps a result of brokerages like ADS Prime offering the means to bridge time zones for those living in the Middle East (showing how strong online trading is in the region). As one of the strongest economies in the UAE, this suggests Dubai residents have a healthy income despite rising living costs.

As an international IT hub, Dubai continues to promote innovation and attract specialists from all over the world. The finance sector is also strong, and Dubai’s rapidly growing economy is sure to benefit the businesses which currently operate in the city.

Again, the lack of income tax more than makes up for rising living costs for businesses looking to set up there in the future. With so many opportunities available, it is likely that more business opportunities will continue to appear in the near future, in particular with Expo 2020 Dubai coming up in three years from now.

Immigration is likely to be one of the worst hit areas as a result of rising living costs. It is well known that the poorer Asian workers who are hired as cheap labour are often struggling in Dubai.

Rising living costs could make it impossible for these already underpaid workers to be able to live, let alone work in the city. It remains to be seen whether this will increase the price of labour in the city.

Rising living costs are a sign that Dubai’s economy is performing strongly. Tourism has always been a strong point for the city, and the lack of income tax has brought prosperity to many of the residents living there. Immigration is likely to be negatively impacted, but this could well lead to labour coming into the city from other countries.