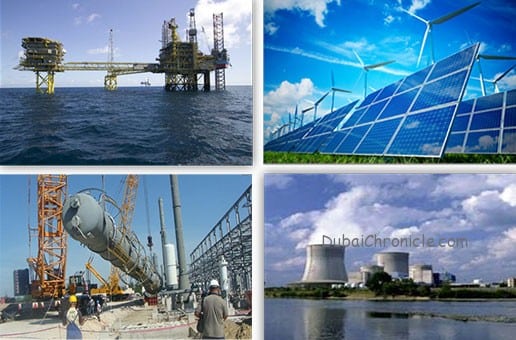 In early May, Chinese leader Xi Jinping welcomed a total of 28 heads of state to Beijing to celebrate the so-called ‘belt and road’ initiative (BRI). Arguably Xi’s most ambitious and ground-breaking foreign policy move to date, the forum drew the largest number of international dignitaries since the opening of the Beijing Olympic Games in 2008.

Despite this public celebration and the fact that the initiative was first launched in 2013, however, the BRI has endured a difficult and unpredictable journey since its inception. Many European leaders, who it is thought would benefit from the initiative, have so far eschewed Xi’s planned or forums, for example, while U.S. President Donald Trump has surprisingly expressed initial support.

But what exactly is the BRI, and how will it impact on the global power industry?

What is the BRI?

In simple terms, the BRI involves the Chinese government underwriting billions of dollars of infrastructure investment along the Old Silk Road, which provides an ancient and inextricable link between Beijing and Europe. This road, which was in fact a network of trade routes that drove cultural and economic interaction through regions of Euroasia for centuries, has been targeted China as part of the nation’s bid to transform itself and surrounding nations into a unified trading area to rival the transatlantic zone that is dominated by the U.S.

A lofty ambition, for sure, but it is also one that makes commercial sense on a number of levels. At present, China spend an estimated $150 billion each year in the 68 countries that have so far signed up to the scheme, while its immense infrastructure and resources mean that it is one of the few nations that can rival North America in the field of trade. The initiative has met with a mixed response across the globe, however, and while it remains Mr. Xi’s most important foreign policy it may yet prove fruitless without further support.

Why is There Opposition?

The opposition of European leaders may come as a surprise to some, as it may be argued that the implementation of the BRI may ultimately create a lucrative and profitable trading partner for the EU. While this may be true, leaders are increasingly concerned with Xi’s underlying, secondary motivations for creating the initiative, which are insular in their nature and unlikely to benefit the single European state.

The investment in infrastructure will help China to find a more profitable home for its own vast foreign-exchange reserves, for example, the majority of which are tied up in low-interest-bearing government securities in the U.S. With currency fluctuations and data releases a key part of the economic calendar in the current climate, some believe that Xi’s primary ambition is to implement a protectionist agenda that benefits China and has little or no positive impact on the nations that sing up to the BRI.

With this in mind, the support from Donald Trump is even more baffling. The U.S. President, who dispatched an envoy to attend the recent forum, has marked a significant shift in American foreign policy by extolling the virtues of the initiative and championing the role that national firms will play in building the new Silk Road. Such support contradicts Trump’s fierce anti-China trade rhetoric, however, highlighting the fact that the President is caught between promoting his own protectionist manifesto and sustaining America’s dominant position in the wider word.

How Would the BRI Impact on the Global Power Infrastructure?

While the impact on global trade and currency can be debated at length, the BRI is also set to have a major impact on the power industry throughout the world. If we accept that the initiative will trigger a significant power shift and impact heavily on infrastructure in a number of developing nations, for example, we will almost certainly see a larger investment in power, transport and energy connectivity in the future.

This would be largely positive for the sector, as such investment would help to underpin the deeper level of economic integration that would exist between China and the 68 nations that are participating in the initiative. There would also be the so far unexploited potential for the energy trade to capitalise on the opportunities created by the BRI, by enabling developing nations to pool their electric power grades and create an interconnected network of power. Over time, this would create a power and energy resource that could dominate the global market, theoretically benefiting the nations that have signed up to the BRI.

There is no doubt that the ambitious BRI has been met with a mixed response, particularly in relation to President Xi’s true objectives. The initiative would certainly impact on global infrastructure, while shifting the balance in terms of the trade, energy and power markets.

The BRI could well deliver numerous benefits to member nations, however, while driving increasing investment in the power sector. Much of this would come from Beijing, of course, while it would enable developing economies to benefit from pooled power resources and enjoy greater connectivity with fellow Euroasian nations.