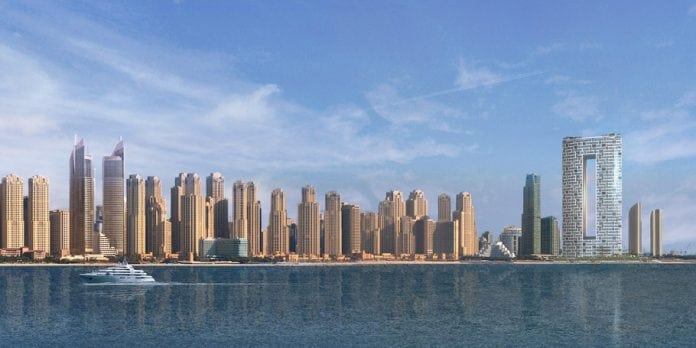 The increase in affordable housing in Dubai is having a negative effect on rents in the Northern Emirates, according to the latest report from real estate consultancy Asteco.

The Northern Emirates Real Estate Report Q4 2016 revealed average rent levels declined marginally during Q4 2016 in the Northern Emirates, with Sharjah, Ajman and Fujairah witnessing decreases of 1% on average.
John Stevens, Managing Director, Asteco, said: “We could see further declines in 2017 if the supply of affordable property, continues to stifle demand in the Northern Emirates. Sharjah and Ajman are expected to experience more downward pressure on rates in comparison to Ras Al Khaimah and Umm Al Quwain.”

Over the year (2016), apartment rents in Sharjah fell 3%, on average, with a typical one-bedroom apartment renting for around AED 31,000 per annum. This was not helped by the Sharjah Municipality’s decision in Q3 2016, to increase the rent attestation fee from 2% to 4% of the annual rent, which resulted in a reduced number of tenant relocations and upgrades within the Emirate.

Apartment rates in Ras Al Khaimah fell, on average, by a nominal 1% year-on-year, although there was a 2% increase in master planned communities such as Al Hamra Village and Mina Al Arab, which outperformed mature apartment units due to enhanced product offerings and facilities.

On a cautionary note, Stevens said: “With the handover of more than 1,400 apartment units on Al Marjan Island, rental rates are expected to decline as better quality options will become available to tenants.”

Apartment rents in Ajman, on average, fell by 2% year-on-year, with a typical one-bedroom property now renting at AED31,000 per annum. Rents in Umm Al Quwain were unchanged year-on-year from 2015.

Meanwhile, the commercial sector in Sharjah remained flat throughout 2016 due to a lack of demand for office space. Rental rates in the newly handed over Al Marzouqi Tower decreased from AED65 per ft2 to AED55 per ft2. This was in addition to rent-free periods of up to three months offered by the landlord to encourage take-up.

Stevens said: “The Sharjah commercial market is expected to remain stable or, in some areas, show marginal rate declines during 2017 due to new supply combined with lacklustre demand for office space.

“On the other hand, the retail market in Sharjah and Ajman is expected to witness improvements with the handover of new supply such as Ajman City Centre, various retail outlets at Al Majaz Waterfront, and Zero 6 Mall.”