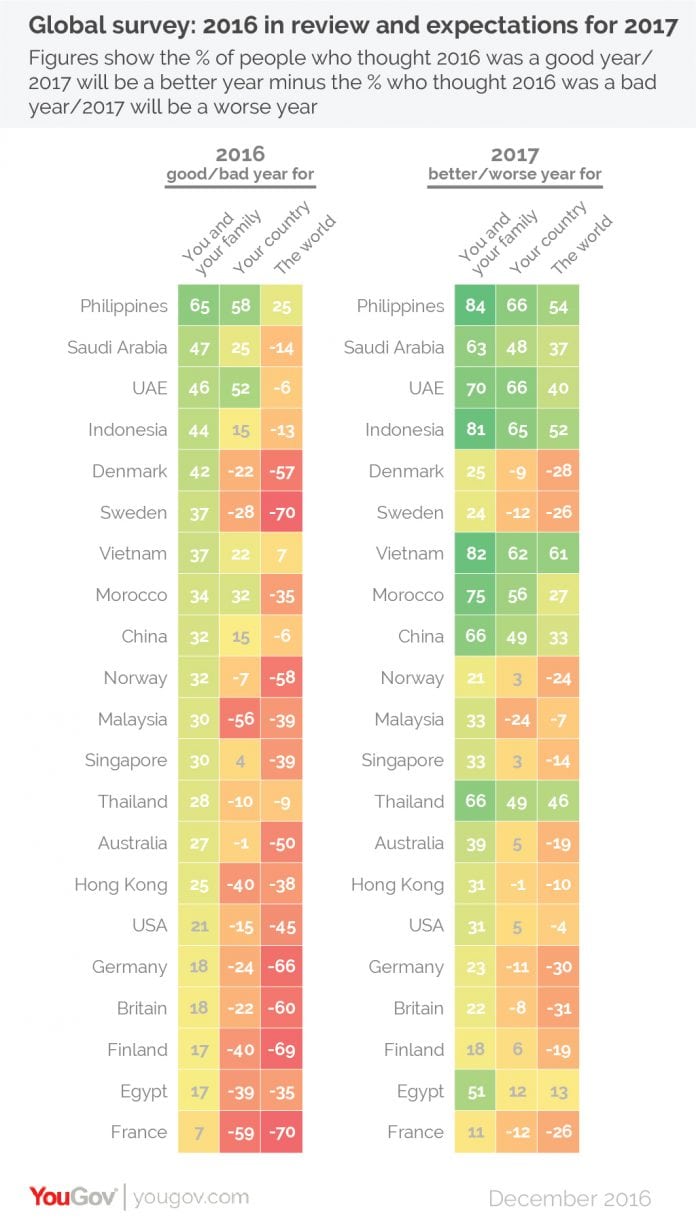 With 2016 drawing to a close, YouGov has rounded off the year by asking more than 23,000 people across 21 countries to reflect upon how good or bad the year has been for themselves and their families, their country, and the world, and whether they think 2017 will be better or worse.

Malaysians and the French are the most likely to believe 2016 has been a bad year for their country, at 69% and 67% respectively. Malaysia has been rocked by the revelations of widespread corruption coming out of the 1MDB scandal (including accusations against the Prime Minister), whereas France has been beset by terror attacks as well as suffering a stagnant economy. 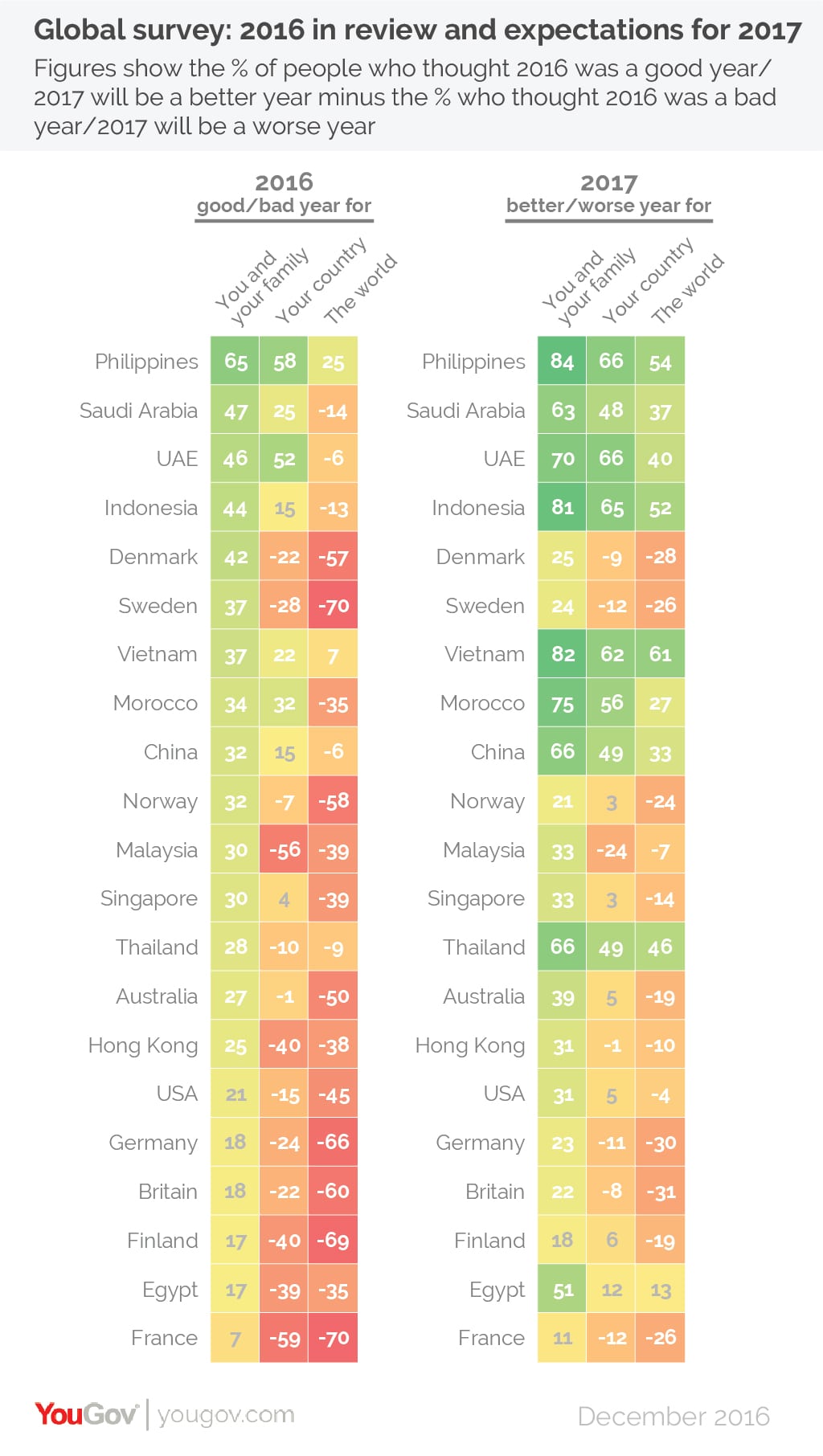 As well as having some of the most negative views of 2016, the European nations surveyed also tend to have the most pessimistic expectations for 2017 as well. Whilst the seven European countries all have a net positive outlook in terms of prospects for themselves and their families, they are still lower than the scores from any other part of the world. They are all likely to have a more negative outlook for the future of their own countries, and are particularly pessimistic about how good 2017 is likely to be for the world.

Whilst the other more advanced, more Western economies in the survey (USA, Australia, Hong Kong, Singapore) all also tend to come towards the bottom of the rankings in terms of optimism for the year ahead, they are broadly set apart from the European nations in terms of their expectations for their families and the world.

By contrast, the East Asian, Middle Eastern and North African nations are almost universally optimistic about 2017, with huge net positive scores. With a score of -24, only Malaysia bucks this trend – it seems that Malaysians don’t think that this year’s problems have been laid to bed, and they are the most pessimistic of all the nations surveyed about how good 2017 will be for their country.