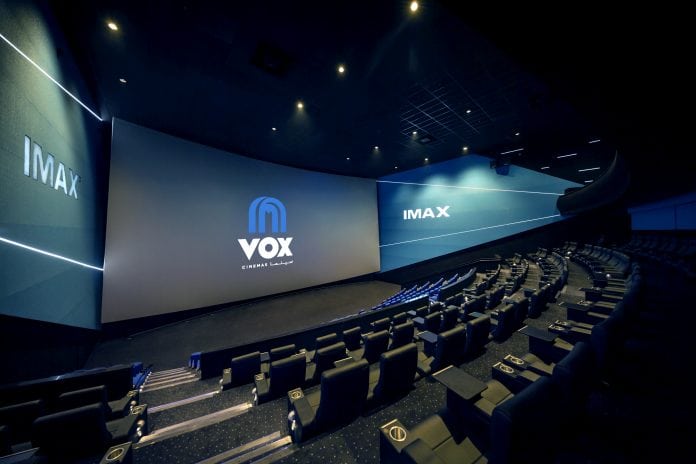 This record-breaking achievement attained by the region’s first IMAX with Laser theatre speaks volumes to the UAE customer’s growing appetite to experience the world’s most advanced cinema technology. Launched at the end of September 2015, IMAX with Laser at VOX Cinemas continues to introduce movie buffs to the sharpest, brightest, clearest and most immersive picture and audio quality the world has seen.

Cameron Mitchell CEO of VOX Cinemas commented “VOX Cinemas is delighted with our IMAX partnership. IMAX sets an exceptionally high standard for the cinema industry, and our Mall Of The Emirates IMAX Laser auditorium has become the Middle East’s highest-grossing cinema. Dubai is renowned internationally for its ambitious and innovative nature, and VOX Cinemas is continually striving to meet the vision of our founder Mr. Majid Al Futtaim, to create great moments for everyone every day. Through our team’s passion for excellence, supported by IMAX’s exceptional standards, we are very proud to be recognised as the number one IMAX theatre internationally for three consecutive weeks. Since our investment in IMAX at Mall of the Emirates, VOX Cinemas also installed IMAX cinemas at City Centre Qurum in Oman, and City Centre Beirut in Lebanon, ensuring that residents in all core VOX Cinema markets can enjoy The IMAX Experience.”

VOX Cinemas is expecting more exceptional results in the coming weeks, with the launch of Inferno starring Tom Hanks, Jack Reacher starring Tom Cruise and Doctor Strange in IMAX. Tickets for these blockbusters are currently on sale, so guests can book online (www.voxcinemas.com). Upcoming blockbusters planned for VOX Cinemas’ IMAX with Laser theatre also include Fantastic Beasts and Where to Find Them and Rogue One: A Star Wars Story.