Forbes Middle East has revealed the names of “The Most Powerful Women in the Arab World” for the fifth consecutive year, highlighting the region’s most influential and inspiring businesswomen.

The rankings were made in three lists, which focused on business women working in corporate organizations, government officials, entrepreneurs and women who head up their family businesses.

There have been a lot of major developments for these iconic Arab Women. For example, Eaman Al Roudhan, who was the Chief Regulatory Officer of Zain Group last year, has been promoted to CEO. And in June Khawla Al-Asadi was appointed Director General of Iraq’s biggest bank, Rafidain Bank.

Here is the list with the Top 10 Most Powerful Arab Women. 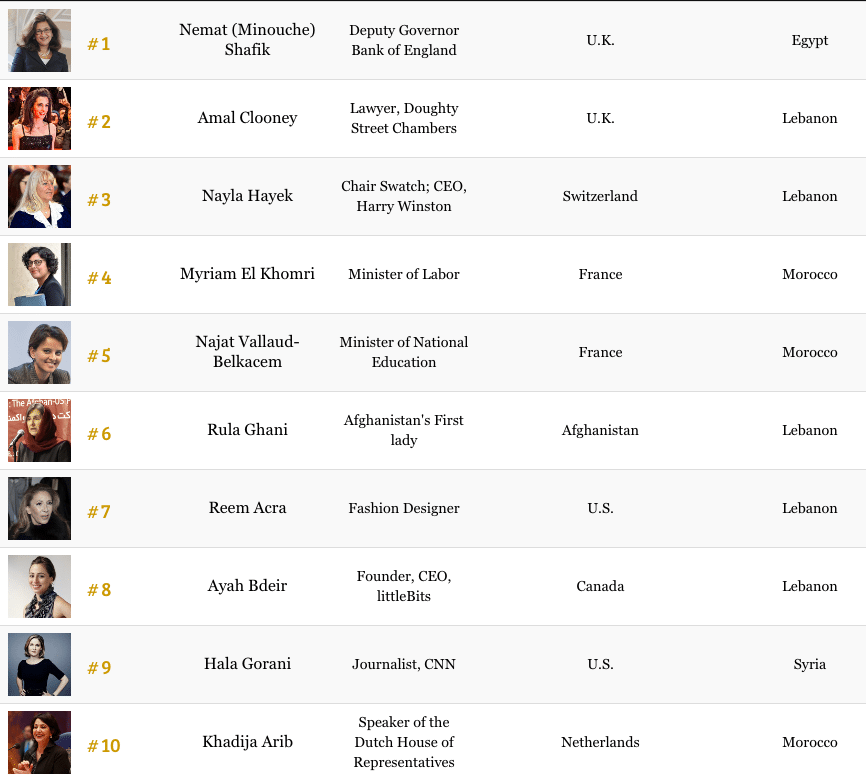