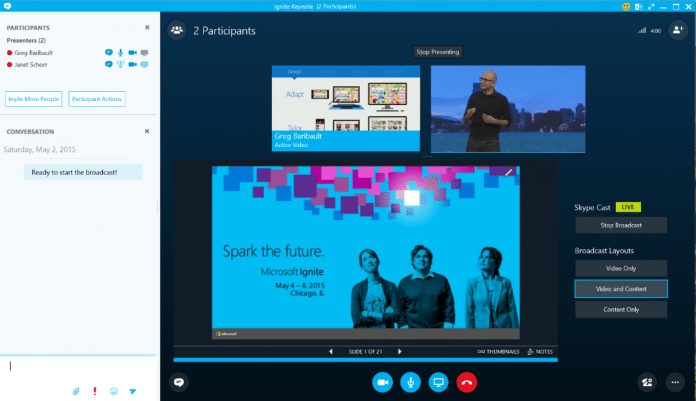 Microsoft has announced that it is opening up he Skype For Business service by finally releasing the SDK available for download to developers that they can integrate now the messaging platform directly into their apps.

This new SDK will allow developers to integrate instant messaging, video and audio into their custom Android and iOS applications. Microsoft already previewed the Skype for Business App SDK at Build 2016 and explained its aim to make the service easy to integrate into native mobile and tablet applications.

Microsoft has given the example of MDLIVE, a provider of online and on-demand healthcare delivery services and software. The company connects physicians and patients via mobile devices. Randy Parker, founder and CEO of MDLIVE, said that Skype for Business will provide the company with a much more scalable architecture that will allow it to accommodate “higher volumes of video consults daily.”

After announcing the SDK at its Build 2016 event in March, now Microsoft has released the Skype for Business App SDK tools. The SDK app is available for download and will enable both iOS and Android developers to enhance their own mobile apps with the service’s capabilities for voice messaging, audio and video calls.

The idea behind Microsoft’s SDK is to enable the service to provide communication experiences within the apps itself. This will help the developers in focusing on developing the novel features of their product.

SDK’s first phase of the release focuses on a solution called the “remote adviser” that will enable an app developer to allow support for “guest meeting join.” The guest user will be able to engage and communicate with organizations that already use an active Skype for Business Online service or the Skype for Business Server.

Businesses that desire to interact with remote customers via mobile phones or tablets through chat, call or video chat will be able to do so seamlessly, thanks to the remote adviser at their disposal. The first SDK preview will enable companies deploying Skype for Business to update their own mobile apps. Users will have the alternative of using the app at their disposal to talk with the company after the update.