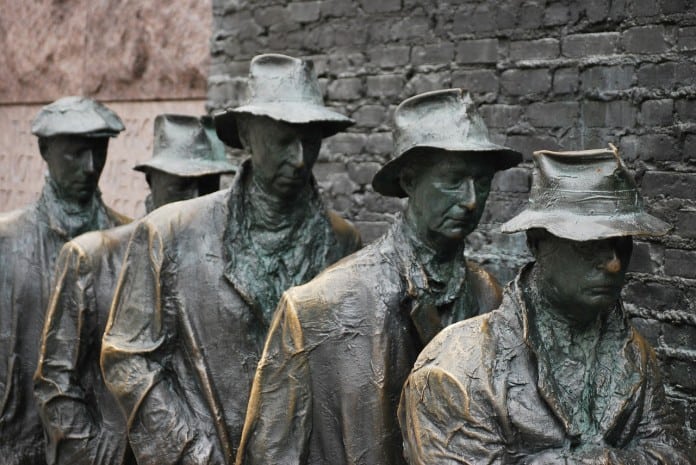 Unemployment has long been associated with depression, but now a new survey shows that the longer a person stays out of job, the more likely they are to suffer from serious psychological problems. About one in five people who have been unemployed for a year or more say they are being treated for depression.

A Gallup poll in the United States reveals that long-term unemployed people are twice as likely as working ones to be depressed, or 12.4 percent versus only 6.4 percent. The survey included data from more than 356,000 Americans, of which a little over 18,300 were unemployed adults in 2013. The results show a clear tendency – the longer people stay out of work, the greater the chances that they will develop a clinical case of depression. From those who were unemployed for three to five weeks, 10 percent were treated for depression. 17 percent of those without a job for six months to a year were depressed, while when the unemployment period was over one year, nearly 20 percent of the people had to seek some kind of therapy.

The results also show the percentage of depressed working people in the US – 5.6 percent for those with full-time jobs, 8 percent for those working part time, and 10.3 percent for part-time workers who had difficulties finding full-time jobs. It seems stability in the professional life plays a huge role in our mental well-being. With the state of global economy and high rates of unemployment, having a job is becoming more and more important. Of course, the job means stable income, and the income provides quality of life. And although many countries have started social programs to cut unemployment, especially among youngsters, the effect obviously takes longer than people have imagined.

In fact, people are not only depressed over not having a job; they are becoming increasingly pessimistic about their prospects for getting hired. Only 30 percent of long-term unemployed individuals in the poll believed they would find a job in the coming month. But researchers suggest that the connection between depression and unemployment is more complex. Is unemployment the cause of depression, or does depression just makes it tougher for job seekers to be hired? Probably both are true and they are not limited to the United States only.

A 2013 study on the global burden of depressive disorders revealed that clinical depression is the second-leading (only after lower respiratory infections) cause of disability around the world. The condition was the major cause of long-term disability in Central America and Central and Southeast Asia. The highest rates were reported in Afghanistan, while the Japanese were the least depressed nation globally. Overall, 4.4 percent of all people around the world are suffering from clinical depression, with women more susceptible than men.