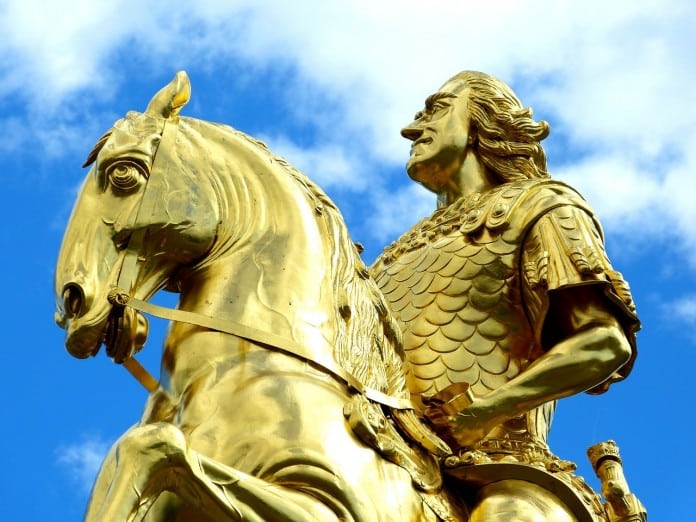 Gold traders will be watching the U.S. dollar and some important technical-chart levels in the week ahead to gauge where the yellow metal is headed short term.

Spot gold rose 16% during the first quarter of 2016, before pulling back on the first day of April. The dollar has been the main driver of the recent rally.

In the coming week, traders will be monitoring economic data, comments by the US Federal Reserve officials, in addition to economic and other news in Europe to get a feel for where the dollar is heading. Gold has a tendency to move inversely to the U.S. currency.

A rebound in gold prices next week could be based on ideas that economic data is not strong enough to prompt US Federal Reserve policymakers to hike in the near future.

In the long run, the inconsistency of economic data will likely keep the Federal Reserve on guard about raising interest rates.

Right now the market is working off its overbought situation. It is not surprising that gold investors are taking profits following a slightly better-than-expected employment report in the US. Gold was due for a selloff.

Still, the U.S. dollar bull market is over and ultimately that is going to be good for gold.

Meanwhile, market analysts say a couple of chart levels will be important for gold. After breaking the 20-day moving average last week, the June futures fell nearly to their 50-day moving average at one point last Friday. This stands at $1,209.80; the session low was $1,210.30.

On the downside, the metal could probably challenge $1,185 to $1,182. This will depend on the dollar’s direction and what the stock market is doing.

However, should gold fall too far, some bottom buying may well occur from those who want  to hold a long position.